Home Archives Profile Subscribe
What Makes a Great War Great?
Ask Your Doctor if Reading is Right for You!

Pop Goes to the Doctor...Sort of

He attributes that perfect health to the fact that he never goes to a doctor. Not since World War II. When we got him to agree to occasional physicals, it was a major victory. But he only did it so as to be on someone’s radar screen, in case he ever needs an insurance gatekeeper.

During those physicals, the doctor suggests this or that pill. Pop ignores it all.

Doctor: Actually, we don’t have any blood work on you. 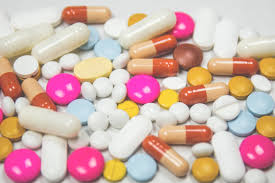 The Bible writer Luke was a doctor, whatever that meant back then.

“Luke the beloved physician sends you his greetings, and so does Demas.” - Col 4:11)

He writes, not unkindly, towards his own profession:      “And a woman, subject to a flow of blood for twelve years, who had not been able to get a cure from anyone, approached from behind and touched the fringe of his [Jesus’] outer garment, and instantly her flow of blood stopped.” - Luke 8:43-44

Yes, doctors had done their level best, but it hadn’t been enough. She hadn’t been able to get a cure from anyone.

But look what happens when the gospel writer Mark, not a doctor, relates the same event:

“Now there was a woman subject to a flow of blood twelve years, and she had been put to many pains by many physicians and had spent all her resources and had not been benefited but, rather, had got worse. [!]

a) put to many pains

b) spent all her resources

c) had not benefited; had gotten worse.

Mark and Pop would have gotten along well together.

To be fair to Luke, it was difficult to be a doctor until fairly recent times.

They were not allowed to cut up the dead, so their only experience of anatomy came when someone was injured badly enough to see inside. That persisted up until the 19th century. They had no means of working out what all those bits were for.

Antibiotics, of course, are a very recent discovery (1930's or 40's I think) although mouldy-bread poultices (penicillin!) were in use for a very long time before that. Bacteria were unknown until the 1700's and their connection with disease was not made until a lot later.

It's actually impressive to read what ancient doctors achieved, with none of the modern tools our medics have now.

Don't forget the passages in Deuteronomy, for example chapter 14, which lists 'unclean animals', including pigs. Nowadays pigs are raised on farms and the meat checked before sale. Back then, pigs could have harboured many diseases and parasites that could infect humans.

Leviticus 15:1-14 details prcautions to be taken in the case of 'discharge' (suppurating sores?) that predate the application of aseptic techniques by millenia. Sensible techniques, especially since they had no antiseptics.

Those doctors worked in difficult times, but they knew a lot more than they get credit for.

Modern doctors just like to dole out pills. I'm with your Pop on this one. I never visit doctors, and I've never been diagnosed with anything.