Sometimes the spirit of an entire age is captured in a single event. Even better, sometimes the spirit of an entire age is bookended by two separate events, one defining the “before,” the other the “after.” Whenever this happens, it's a fine thing. It saves a lot of work. You don't have to read up on the entire age....don't you have a lot to do already? Just get your head around the two bookend events and you're homefree. Like Morgan Freeman said to Miss Daisy, "we don't have to worry about what's in the middle?" No. We don't. 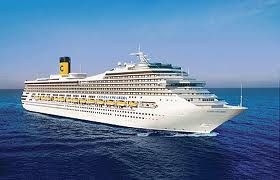 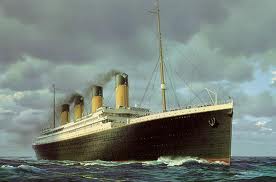 We have exactly this situation today with regard to the Costa Concordia, that luxury cruise liner that capsized January off the Italian coast. It's a nautical bookend. It's complement, the Titanic, also capsized, almost exactly a century ago, in 1912. The age thus bookended is the “last days”, as proclaimed by Jehovah's Witnesses. That age began in 1914 and is near completion, since we are “right around the corner” from the end of this system of things. 1914, you will remember, was the year of WWI, and marks the first time the entire world went to war concurrently. It was the year that events described in Luke 21:10 set off with a bang, and have intensified to our day. Odd as it may sound, that year is determined by biblical prophesy.

If ever there were contrasting events to illustrate the fulfillment of 2 Tim 3:1-5, they are to be found in these behemoth boats. Those verses of Timothy read:

"But know this, that in the last days critical times hard to deal with will be here. For men will be lovers of themselves, lovers of money, self-assuming, haughty, blasphemers, disobedient to parents, unthankful, disloyal, having no natural affection, not open to any agreement, slanderers, without self-control, fierce, without love of goodness, betrayers, headstrong, puffed up [with pride], lovers of pleasures rather than lovers of God, having a form of godly devotion but proving false to its power; and from these turn away."

In other words, the verses point to a general deterioration of human character. People have “gotten worse” during the last days. As Pop, who's even older than I am (and not a Witness)  readily asserts: the world is going “to hell in a handbasket.” But this is not necessarily easy to prove to one who thinks otherwise. It's subjective. If you show the verses to someone who doesn't agree that they apply more today than at other times, there's not much you can do about it. To some extent, it depends upon where you look. If you think in terms of technology, for instance, the notion of things worsening is patently untrue. One is reminded of that line from the 1968 book The Truth that Leads to Eternal Life, “True, there has been progress in a materialistic way. But is it really progress when men send rockets to the moon, and yet cannot live together in peace on earth?” Some people think it is.

Still, the best chance we have of illustrating 2 Tim 3:1-5 lies in contrasting similar events occurring in different time frames. Like ship sinkings. Consider: after the Titanic struck a berg, back in 1912, the captain expedited rescue efforts, then went down with his ship. After the Costa Concordia struck a rock, in modern 2012, the captain, seen beforehand schmoozing up women in the bar, was among the first to jump ship. Titanic's crew, in 1912, urgently worked to shepherd passengers to lifeboats. Concordia's crew, in 2012, told them to go back to their rooms....surely this crisis would pass. With the 1912 Titanic, it was “women & children first.”* With the 2012 Corcordia it was “every person for himself.”

In short, all that was noble and self-sacrificing is replaced today with all that is cowardly and self-serving. That's the relevance of 2 Tim 3:1-5. Tell that to fatheads that can's see any change in people!

Even the big liners themselves seem to fulfill 2 Tim 3:1-5. Titanic, in 1912, went down majestically, gracefully, symmetrically. Concordia, in 2012, rolled over on its side like a huge fat pig and just lay there lolling in the sun, like our overstuffed cat does in hopes someone will scratch it's belly. People of the last days can't even sink a ship properly. 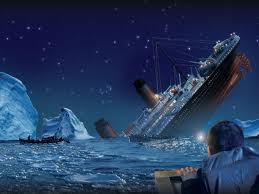 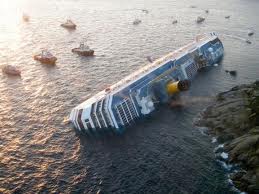 Okay, okay, so it doesn't prove anything, comparing the two sunken ships. It's pure symbolism. I understand that. But as symbolism goes, it doesn't get any better. I don't issue many prophesies, being a modest guy, but I'm comfortable with this one: James Cameron will never make a film entitled Concordia.

*74% of the women on board Titanic were saved and 52% of the children, but only 20% of the men. (with major variations over First Class, Second Class and Third Class passengers)

I suspect foxholes create more atheists than they convert.

From the article "In short, all that was noble and self-sacrificing is replaced today with all that is cowardly and self-serving. That's the relevance of 2 Tim 3:1-5. Tell that to fatheads that can's see any change in people!"

Though I am likely a "fathead" your statement is in many ways sad but true. If only more people would surrender themselves to Jehovah and His Word.

Many expressions I use are from my Pop's day and I just don't want to see them go extinct, out of respect for him. But if you detect a change in people over the decades, likely the label does not apply to you.

Tom,
I've heard something similar too, about atheists being created in foxholes.

Also Jeff, there are atheist charities, not to mention secular charities that don't get involved with religion. (And some of these charities involve leader dogs.)

I would think any believers created in foxholes would be Tebow type believers....God, please get me out of this SPOT. Whereas, sans explanation as to why God would permit such atrocities, the foxhole experience might more likely kill any notion of God. It did for some I can think of. Not foxhole, per se, you understand. Just the whole war experience, which we may symbolize by 'foxholes.'

And yes, I agree there are atheists involved in charities, and most likely atheist charities. And agnostic ones. I wonder if the nature of the charity changes according to believing/non-believing outlook. Do you have thoughts on this?

The way one approaches a problem is often through one's morals and ethics. I think what ideologies the charity has will influence it's direction. For some, it will be religious in nature.

I know of some Christian charities that will hand out bibles instead of food to starving people.

Look at the atrocities that Mother Theresa did in the name of her Catholic faith.

To both of these charities, it was more important that the people suffering understand that they were suffering because God was showing them love; he was sharing his agony on the cross with them.

The only thing in common that atheists have is a lack of belief in God(s). Many of them identify as humanists and so many of their charities will take up humanist-calls. For many, this includes access to health care, including women's health care, and education, including women's education. I think the lack of a central book and the hugely divergent ideas makes it difficult to attribute much to specifically being an atheist. It isn't their atheism, after all, that is driving their morals; it is their humanism or whatever other philosophies they identify with.

And some groups don't need religion or the lack of religion to become extreme. Just look at PETA.