Home Archives Profile Subscribe
What We Learn From Earthquakes
Costa Concordia, Titanic, and the Last Days

Tebowing to the God of Football 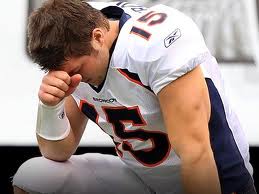 When you mention some acquaintance by name, and your companion brightens because he knows the fellow, but then clouds over because your description doesn't match his, there's no mystery. It's two separate people you're speaking of, who happen to share the same name; it's not the same person at all. This is a no-brainer. The point is so obvious that's it hardly seems worth your time to read it or mine to write it. I do it anyway because of the one notable circumstance where it doesn't hold true....when the person we speak of is God.

In this case, common sense goes straight into the dumpster. When God is spoken of with markedly different attributes, different ways of approach, people do not say 'we're talking two different God's here.' Nope. Rather, it's the same God, we just approach him differently and think of him differently. Try doing that in conversation the next time Bob Brown is brought up.  Just try it. Insist that the fat bearded Bob Brown your neighbor knows is the identical squirrely little twirp of a Bob Brown you're speaking of, and that you both just approach him in different ways. Take note of how quickly you're written off as a dope.

Admittedly, it's not quite that simple. Trouble is, when we speak of God, everyone likes to assume that their God is the Big One, the One who is All-Powerful, the One who truly merits the capital 'G' in God, and not just an uncapitalized 'g', the same letter that is used to start unsavory words like 'garbage' or 'grunge.' I mean, no one wants to be stuck worshiping some low class loser of a god, and no one will admit to it. So it's not exactly the same as discussing Bob Brown, a name everyone knows might belong to a prince or a pig.

But it's close enough. After all, in Bible times, different nations worshiped different gods, and they all thought their Guy was the Big One. Note the first panel of that Charlie Brown strip; the roster of Gods back then included Mithra, Horus, Hercules, Zeus, and many others, as any Bible reader knows. Furthermore, it was understood that different gods had different attributes. When the fighting Israelites mopped up the hills with the Syrians, the latter figured it was due to Jehovah being a God of mountains. “Let's try 'em again on the flat lands,” they said. Alas, Jehovah turned out to be a God of the low plains as well. (1 Kings 20:23-25)

I'll take the old way of thinking any day. Different peoples worship different gods who have different attributes. The God of the Evangelicals, for instance, is a god of Football. I don't know how you can conclude any differently if you've watched Tim Tebow and the Denver Broncos this season. Time and again, Tebow's quarterbacked his team to cliffhanger come-from-behind wins. Each time (and many times in between) he drops to one knee to thank Jesus. They say it's a verb now: 'tebowing.' Nobody, but nobody, 'praises the Lord' more on the football field than does Tebow. Is the Lord really honored that way? 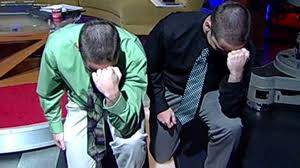 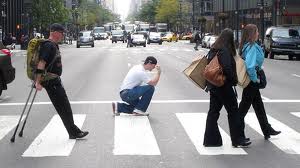 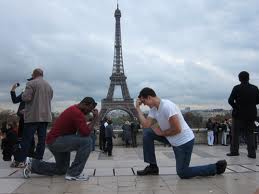 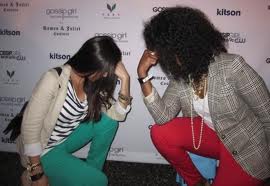 "When I saw him scoring, [the player who caught his 80 yard pass, clinching a 29-23 win over the Steelers, making for the quickest ending (11 seconds) to an overtime game in NFL history.] first of all, I just thought, 'Thank you, Lord,' '' Tebow said. "Then, I was running pretty fast, chasing him - Like I can catch up to D.T! Then I just jumped into the stands, first time I've done that. That was fun. Then, got on a knee and thanked the Lord again and tried to celebrate with my teammates and the fans."

The media eats all this up. 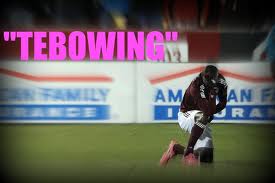 They love it. They take it all just as Tim means it, as a Feather in God's Cap, genuine praise for the Football God. After every punishing play (that goes well) he drops to his knee to praise the Lord.  All this in front of tens of thousands of fans. And the Evangelicals go nuts! “Players have been pointing to heaven when they score and joining in post-game prayer circles for more than a decade. And every time the limelight lands on a prayer moment, evangelicals are delighted,” says Tom Krattenmaker, author of Onward Christian Athletes. They're not embarrassed to be thus trivializing God.....they're delighted!

The guy wears John 3:16 painted on his eyelids, for crying out loud, as do many players. It's his favorite scripture: “For God so loved the world that he gave his only begotten son....” A game or two before, he actually threw for 316 yards, and you should have heard the swooning and ecstasy. Evangelical fans, loudly thanking God for each and every spectacular play, have John 3:16 painted on their bare chests! Just once I'd like to see some player sporting Matt 6:5 on his eyelashes:

“when you pray, do not be like the hypocrites, for they love to pray standing in the synagogues and on the street corners to be seen by others. Truly I tell you, they have received their reward in full. But when you pray, go into your room, close the door and pray to your Father, who is unseen...”

Man, this stuff is offensive! How can anyone stand it? God is disinclined to do much about injustice, depravity and mayhem worldwide....all those things go unchecked....but he never misses a game, eagerly tweaking his favorite players on this team or that! How dare the Evangelicals link God with something so trivial! How dare they! Lemme tell you, the enemies of God are not to be found among the atheists. They're to be found among those who claim to be his friends. The only way I can keep from hurling my cookies on this is to point out that these guys are not worshiping Jehovah God at all, nor even his son Jesus. They are worshiping the god of Football.

And don't think I'm writing this way because I'm jealous over the attention Evangelicals are getting. Pulleeese! I'm not! Absolutely not! No! Beyond any ques.....oh, alright, I AM! I mean, c'mon! First it's the new cool don't-ya-love-me Mormons, now this for the Evangelicals. And what do we have?! Tracts featuring furry cute animals to hand out Sunday afternoon, knocking on doors, interrupting folks doing homage to the Football God! Give us something, please, so we can show that we're cool, too! 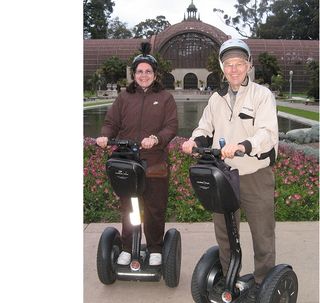 Even if it's Segways on which to ride house to house. That would work. I mean, we don't have to abandon the ministry totally, like everyone else does. We just have to take it into the 21rst century.

And please, please, please, don't think I have anything against football. I do not. Though, truth be told, it is sort of competitive, um...not to mention violent, two traits that can't rank it too highly on God's approval list. I suspect that, at best, God just mildly tolerates the game and those who watch it, reckoning it as just one more run-of-the-mill human foible. At any rate, I don't investigate too deeply, for fear that His disapproval may be stronger, and then I wouldn't be able to watch any more games, which I seldom do anyway, but why cut off your options?

It may even be that my only luke-warm interest in football stems, not from any latent righteousness on my part, but merely from my proximity to the nearby Buffalo Bills, our geographically closest NFL team. The God of Football has not been kind to the Bills for many many years....it has a way of cooling one's ardor. I don't know why He doesn't Treat them better. They also have players who pray to him. Like when 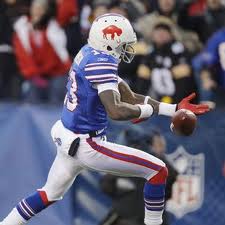 Stevie Johnson dropped the game-winning pass in his team's overtime....it was a perfect pass, and it just flew through his fingers. So he prayed to God that evening, using Twitter:

That's the trouble with being the Football god. You get praises from your worshipers on the winning team. But those on the losing team cuss you out something fierce.

Tom Irregardless and Me    No Fake News but Plenty of Hogwash

You can only really pull off the Segway look if it comes with a free frozen banana. That might drip extra chocolate on your placement materials. I'm sorry. It just isn't going to work out.

The owner of the company ran his off a cliff. That's what worries me.

I think my favorite one is the kid on the fire hydrant:
http://tebowing.com/post/14117044970/hydrant-ebowing-tebowingfanoftheweek

Seems kinda uncomfortable and possibly painful for his knee.

"Man, this stuff is offensive! How can anyone stand it? God is disinclined to do much about injustice, depravity and mayhem worldwide....all those things go unchecked....but he never misses a game, eagerly tweaking his favorite players on this team or that! How dare the Evangelicals link God with something so trivial! How dare they! Lemme tell you, the enemies of God are not to be found among the atheists. They're to be found among those who claim to be his friends."

Here here! My sentiments exactly. No wonder there's so many atheists in the world. Don't they see how much damage they're doing to true faith in God. Do they think if they score a try in God's name they win brownie points with Jesus? These are the ones to whom Jesus says: "Get away from you workers of lawlessness" (Matt 7:22,23)

Regarding the Sedgeway. I read in a NZ newspaper recently that president George Bush ran-amuck on one of those things once. Did I read correctly that it was during a press conference, in front of some pretty important people?
A company in Auckland city apparently bought a few sedgeways recently to get around the problem of inner city parking.

Dave: Did not hear the story about George Bush, but I did hear (from the mailman) that the Postal Service might have bought a fleet for postal carriers, had not the Postmaster General fallen off his.

Still, our Sedgeway tour of Balboa Park in San Diego was a hoot. There is a learning curve, but it's not very steep, less so than bicycles or scateboards, I would say, and after that they are great.

As a PS, we have a pioneer daughter who grows more and more in the garden each year. I directed her to your site, which I would consider required reading for every new gardener.