Russia's a nation of laws, just like here, and there's no legal barrier now for those who hate us to shut down the Branch. The brothers lost a critical legal appeal at Moscow City Court.

Putin may not even know about it. He's had a lot on his plate lately.

Places like Russia favor the 'house' church. They don't necessarily believe it, they likely don't, but they favor it because it's a force for national unity. 'What can we do for you?' they ask. 'Take out the competition,' is the reply from the Church.

How could any brother in Russia not think it a remarkable coincidence? The enemies of Jehovah's Witnesses are fully empowered to close Bethel. And at Witness meetings worldwide this week was played the movie about how the Assyrian army was poised to destroy Jerusalem, and in one night a single angel destroyed them all. Yet the movie was made two years ago, and the Bible reading schedule that determines when to play it is many years old! Since it is based on mere sequential Bible reading, it is decades old.

Hezekiah, the Israelite King, wasn't overconfident. He didn't assume God was going to bail him out - for maybe he wouldn't. He just knew that he was to trust fully in God and remain faithful. But I hate to see the brothers go through more harassment, if not total shut-down. They've been through so much already.

'Hey, remember that angel we dispatched to Jerusalem? I'm impressed with his portfolio. Check on his availability, won't you?' Is there that sort of discussion somewhere?

Will it work that way? Or will world opinion prevail upon leaders there to carry on as every other nation does, Russia being the only nation on earth to ban JW.org. 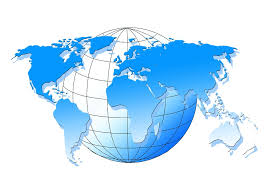 It's laughable. The Church makes them look like utter fools before the world. (not to mention it kills us) Nobody can watch JW.org and think it is, even to the tiniest degree, extremist.

Our brothers bear up under persecution when they must, and it often brings honest-hearted (and courageous) people into the fold. People say 'why are they making trouble for the Jehovah's? They're nice people.'

'Tom Irregardless and Me*  30% free preview. After that, we'll talk, your people and mine.