Our Ladies of Diminished Social Responsibility

Putin responded in the Wall Street journal to the sordid charges brought against Trump. “It is hard for me to imagine that he went off to meet with our ladies of diminished social responsibility” Mr. Putin said. Sounds like a bunch of churches, doesn’t it: ‘Our Ladies of Diminished Social Responsibility.’ Not too far afield from Garrison Keillor’s Our Lady of Perpetual Responsibility in Lake Wobegone.

Russian prostitutes, Mr. Putin said “are undoubtedly the best in the world, but I doubt that Trump jumped at this bait,” since he has had regular opportunities to meet with gorgeous woman at the beauty pageants he organizes.

Even me, who is one of Jehovah’s Witnesses, politically neutral and thus divorced from nationalism – even me, who was for neither Trump nor Clinton – even me, who doesn’t even root for the home Olympic team – even me has to say ‘enough!’ ‘Our’ prostitutes will clean the clocks of your prostitutes any day! 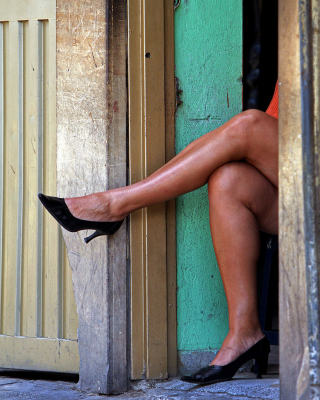 This is not the Beatles ‘Back in the U.S.S.R. we’re talking about:

‘Well, the Ukraine girls really knock me out,
They leave the West behind.
And Moscow girls make me sing and shout.
And Georgia’s always on mi-mi-mi-mi-mi-mi-mind!’

The new ebook ‘Tom Irregardless and Me’ recognizes when Mr. Putin has been astute, like in 2008 financial crisis:

“The failure of human rule could not have been shown in more stark relief as in that article, with consequences so directly traceable to the human wisdom running the show. Russian President Vladimir Putin was both blunt and harsh:
Everything happening now in the economic and financial sphere began in the United States. This is not the irresponsibility of specific individuals but the irresponsibility of the system that claims leadership.

In 2016 America, all that remained was to Photoshop Putin with horns, gleefully pecking at his keyboard, doing his level best to hack the American election, but it was he who nailed it about unrestrained greed. The 2011 film ‘Inside Job’ expressed dismay that no “specific individuals” were brought to justice:

Charles Ferguson (film director): “Why do you think there isn’t a more systematic investigation being undertaken?”

Nouriel Roubini (professor, NYU Business School): “Because then you will find the culprits.”

Culprits and regulators alike belonged to the same social set and were members of the same country clubs; they had no desire to turn on one another.”
‘’’’’’’’’’’’’’’’’’’
Download ‘Tom Irregardless and Me’ here. 30% free preview. Afterwards we can talk, your people and mine.