Speaking at the Metropolitan Funeral Home

I served 20 years in a city congregation that was two thirds black. There were several sisters with unbelieving mates, and some of those mates had issues. One would spend weeks at home where life would be 24/7 bliss. Then he would disappear into the streets for more weeks. Nobody knew if he would return or not. When he did, his wife always took him back.

His wife asked me to give his funeral talk. Though most avoided assignments like this, I relished them for the challenge of offering comfort amidst horrendous circumstances. I mean, when a guy gets knifed to death on a strange doorstep seeking drugs, how do you put a smilely face on that?

“Jimmy had some hang-ups,” I said, “and it is likely those hang-ups had something to do with his death,” I told mourners at the Metropolitan Funeral Home. “We all know it. We might as well say it. Only then can we begin to offer comfort. Like all of us, Jimmy was a combination of strengths and weaknesses. You never know for sure which will win out and sometimes you say ‘there but for the grace of God go I.’

Look, this system is rough and it destroys people. When that happens, you don’t go moralizing over it. These were Bible type people, most of them not ours, so I read a lot of scriptures. But I also went heavy on his good traits, for he did have some. Few in the audience knew that he had graduated at SUNY Brockport and that he was a skilled pianist. I told of the happy times he would play piano at home.

I didn’t know how to conduct myself at the Metropolitan Funeral home. It was not my culture. I gathered that much was expected from the preacher (me) who conducted the funeral. I told the funeral director that I didn’t want to do it, for it would be phony. I would give my talk, sit down, and they could take over and I would do whatever they said. He told me that after his remarks I should lead everybody out the front door.

My most emotionally rewarding moment? When a Rochester police officer, approached me with tears in his eyes to thank me for speaking well of his brother. Emotional reward is all that counts. Though I have given many funeral talks, I have never charged a dime, as is the way with Jehovah’s Witnesses. I relate the event not to draw attention to myself. It was emotionally fulfilling giving the talk. It is emotionally fulfilling again telling of it. 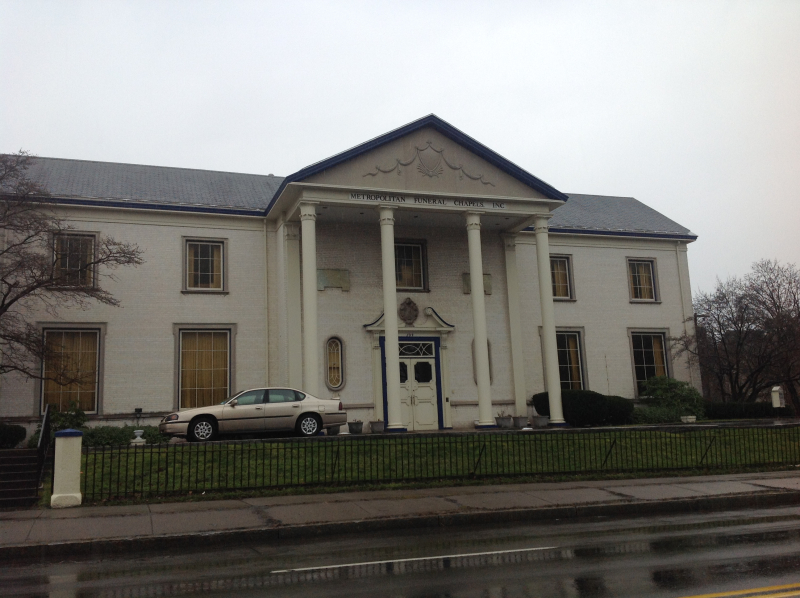