Home Archives Profile Subscribe
Putin Honors Jehovah's Witness Family. What to Make of This?
Sir, can I interest you in some kitchenware?

Bob Dylan Croons With the Best of Them - Who'da Thunk?

So here I am checking out “Fallen Angels,” Bob Dylan crooning the classics, and …. He is amazingly smooth of voice. He reminds me of Jimmy Durante, himself a fallen angel – though not one included in the album. This is Bob Dylan we’re talking about, whose voice has grown so raspy that I imagine he will die halfway through some of his songs, and even when a hear them for the sixth time, I imagine the same.

When fallen angel Frank Sinatra fell many years ago, Dylan’s fellow musicians said nice things about him, the way they have to. What would Dylan say? I wondered. Probably nothing. Or maybe something brief like ‘sayonara.’ Hopefully not something crass, like “another one bites the dust,” but you never knew for sure, for a much younger Bob savaged Donovan and mocked the Time reporter in the Pennebaker film.

Instead, he graciously said “Sinatra influenced me in ways I didn’t realize.” His full-of-himself days are behind him. And now he does a tribute album to that same music, and it is worthy of the genre. Dylan has thus far released five discs covering songs of the crooners.

Sinatra packed out the Blue Cross Arena years ago when in his seventies. He forgot a few lines. “ah, well, what the hell” he shrugged as he chugged along, the fans forgiving, the band not missing a note.

“I am finding these great songs to be a tremendous source of inspiration that has led me to one of my most satisfying periods in the studio. I’ve hit upon new ways to uncover and interpret these songs that are right in line with the best recordings of my own songs, and my band and I really seemed to hit our stride on every level with Triplicate.” [released March 2017] – Bob Dylan 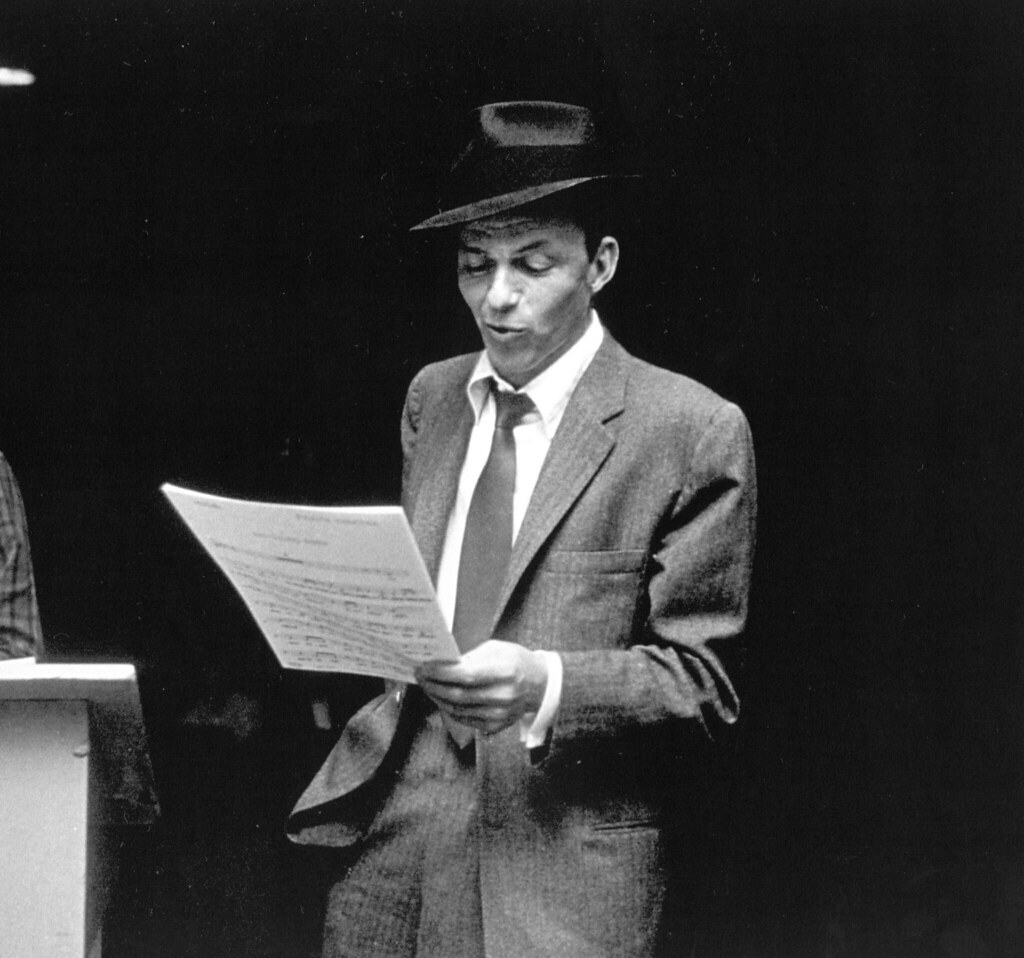