Home Archives Profile Subscribe
Who Would Ever Think That Kushner Fellow Who Bought Our Building Would Become the World Center of Attention?
Putin Honors Jehovah's Witness Family. What to Make of This?

Cresting the Crazy Steep Hill, I Met a GROC Overlord

Cresting an absurdly steep and winding hill in Tryon Park, I meet a cyclist about to descend. ‘You’re nuts if you do,’ I tell him, but he has no intention of it. He will walk his bike down. He is one of the GROC (Genesee Regional Off-Road Cyclists) trail overlords!

He actually means to eliminate this trail, in time, for it is not cut responsibly and it results in erosion and fauna damage. The GROCsters are very concerned about such things. They have carved a riotous tangle of paths into steeply underlying terrain, and they are ever thoughtful of conservation.

They want to link Tryon Park to Irondequoit Bay West Park more safely than it is presently linked, and they have a plan to do that. But that plan entails building trails right next to private homes on a residential street and the homeowners aren’t sure how they feel about that. Will the trails be frequented by responsible ones such as this GROC overlord? Or will it be a training wheel camp for Hell’s Angels?

My money’s on the first. I think the homeowners have little to worry about. GROC has produced studies showing that property value always rises where your property connects to a trail system. If you read their bylaws and code of conduct, you can be forgiven for thinking they are non-preaching dirt track Jehovah’s Witnesses, they are so nice. They actually counsel ones to be nice to each other and always say a greeting to passerby.

Of course, if you encounter the Grand GROC Trail Overlord, you must pick his brain, and he tells me much I did not know. The trails I hike and they ride are built where there was a long-ago town – here and there you will see ruins testifying to that. ‘Yes, there was indeed a community living in the lower bay area,’ he says. ‘but their water supply was the bay, and when the bay became polluted, residents gradually left the area. In time, the county snapped it all up and made it parkland.

At the headwaters of the bay there was once an amusement park, which I knew nothing about. It closed in 1901, which is why I knew nothing about it. I did know of Willowpoint Park, an amusement park on the east side of the bay. It closed long ago, and is now Willowpoint townhouses and apartments, but my parents used to take me to the rides when I was young. There is also Sea Breeze amusement park, a family – owned amusement park which remains to this day and steadily upgrades. It used to be two parks, the Grand GROCster tells me, which merged long ago. Or maybe one died out and the other took over.

...For more on Tryon, see the ebook: Rochester: a Story Historical, (1884) chapter 5, ‘The City of Tryon on Irondequoit Bay’ (Google Play)

And: Then, for a few years, quiet prevailed, broken only by the passage of Indian hunters, or, at rare intervals, of a white man. Each newcomer attracted others, and by 1797 a small settlement had found foothold at the Landing. Eight years later, taking its name from an early settler, Tryon stood against its background of wilderness, a bustling "city." It possessed a store serving the area of the three counties of Livingston, Ontario, Erie, a warehouse, a blacksmith shop, a shoe factory, a tavern, and even a school. A distillery and a tannery exported their products to Canada; and in Tryon's large flour mill the stones, taken from "Indian" Allen's abandoned mill at The Falls, ground large quantities of flour to be sent to Montreal. A flourishing shipyard launched its ships on Irondequoit Creek. All this before Rochesterville had emerged from the Genesee swamplands. Then Tryon's sudden glory began to fade. New mills at The Falls drew industry that way, and Tryon's sun went down. The pounding hammers of its shipbuilders were stilled, its mills were idle. Deserted, abandoned, its buildings crumbled to ruin, the last trace of the ghost town passed away, save for a lingering hint of its dreams of splendor in the melancholy name of "the lost city of Tryon. 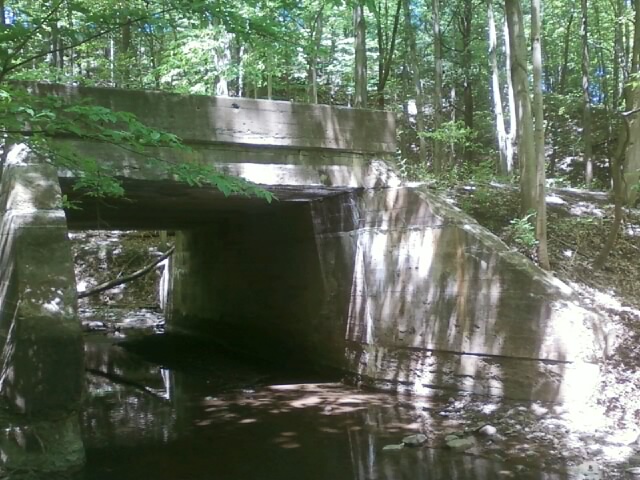 Valuable information you learned from the Overload.