Home Archives Profile Subscribe
A Ferry, a Centrifuge, and a Toilet
Frankie - Does This Car Have...a Radio?

The Shooting Channel - A Solution for St. Louis

Now that the cop was exonerated in the St. Louis shooting, the city braces for a third night of protests. A solution is needed. Here is one written last year.

"In the course of their job, police shoot hundreds of people per year. How should one report this? Put all shootings on TV. All of them. Run them 24/7 in the order in which they occur. Create a dedicated channel: The Shooting Channel. Make it freely available. Give every network a cut so no one will complain about ratings. Promote ‘The Shooting Channel’ heavily. Ban shootings on any other channel.

What were there - about 5 or 6 highly hyped shootings that summer? They culminated with another shooter taking out several Dallas police officers, so much had rage been stoked. Did not the news media suddenly switch to 'love-in with police' mode to atone for their very different mode just before?

Two of the shootings were not intentional white on black shootings at all, though they were both hyped that way. There was the black man shot in Florida. He was not the target. He was caretaker for an autistic white man with a toy gun that fooled the cop - the cop got spooked and missed his target. The other was the white cop in Charlottesville whose actions triggered several days of violence. Turned out he was not a white cop at all but a black cop. Both incidents were initially reported as 'white cop shoots black victim' and hyped as proof the police were racist. Neither correction was more than a buried footnote when the facts came to light. Why does the media do this? Not for me to say. But 'The Shooting Channel' will solve it.

The italicized words are from 'No Fake News but Plenty of Hogwash,' an ebook that is not exactly flying off the shelf as it ought but I hope to remedy that here. The solution proposed would never come about, but only for monetary reasons. Insofar as public information can cool rage before it begins, it is the answer. Perhaps ALL police shootings should result in community outrage - that is for others to decide. Perhaps there IS racism within the police, but is not demonstrated by highlighting just a hand-selected few shooting incidents. When a study was made of the Philadelphia Police force, released in 2015, it showed blacks were more likely, not less, to be shot by a black or Hispanic officer than a white one, as the former were more likely to experience 'threat misperception.' 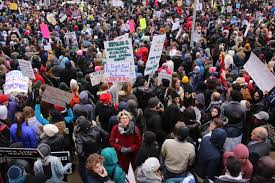