Home Archives Profile Subscribe
Did He Call the President a Moron? - Why You Can't Watch News Anymore
Hit Me and You Die!

Imagine - calling the other guy Rocketman at the U.N. and getting the whole world to join in the refrain. How can you not give a thumbs-up when a guy does that? And then some kid comes along and photoshops an Elton John concert playing that very song, replacing John's head with Kim's, and inserts the huge video screen backdrop of North Korean rockets wheeling about, the shrill newscaster shrieking, the troops goosestepping - how do you expect any guy with a sense of humor to hold it together? It is as Paul said - the world is a theater.

The only thing that might check your hilarity briefly is the unpleasant thought that a misstep, for starters,  will result in half the planet up in smoke. But that is small potatoes.

Is it reckless? Tillerson certainly seems the more stable of the two, doesn't he? Unless they are both playing good cop/bad cop. And, to be fair, while everyone hopes for diplomacy, the diplomacy that has led straight up to the present situation and will presumably lead up to one where North Korean missiles are parked on your toes, should at least be mentioned as having worked out not that splendidly. Isn't there a Neville someone-or-other who favored negotiations back during another evil time? Or do I misunderstand even that? The trouble with history is that whenever you think you have something figured out, along comes someone from a different perspective to upend all your notions.

Meanwhile, it was Putin - mean, nasty, Chief Officer of Evil, His Wickedness, 'murderer and a thug' Putin - all that remains in the West is to photoshop him with Devil's horns, grinning ear-to-ear at his laptop as he hacks US elections - who supplied a key bit of understanding when he visited China. Sanctions will never work on North Korea, he said - Kim will see every single one of his people starved to death before he will give up on his nukes. Why? Because he knows about Libya and Iraq. Though Saddam swore up and down he had no weapons of mass destruction - which turned out to be exactly correct - that did not stop his enemies from taking him out and killing a family member or two in the process.

Look, he is not my friend - Putin. I mean, he hasn't exactly been nice to my people, Jehovah's Witnesses, lately, has he? But give credit where credit is due. He nailed it. Tellingly, when CNBC or someone covered that Chinese meeting - if Putin so much as tied his shoe there, they reported it - they covered every detail EXCEPT his statement about Saddam, thus allowing perception to stand in the US that Kim is completely unhinged - a perception he does nothing to clear up by his own pontifications - listening to him is not exactly like listening to John Tesh, is it?

Jehovah's Witnesses are neutral in the world's affairs for noble reasons - it is not God's idea for the world to be carved up into scores of squabbling factions ever playing 'King-of-the-Mountain" and he will soon act to  bring about his own kingdom replacement. However, another reason to be neutral - albeit a less noble one - is that it is almost impossible to get the truth on anything - you are forever acting in the dark - for every outlet spins 'truth' their own way according to their own agenda. Even Western media condemnation about calling Kim Rocketman must be weighed against their approval of calling Putin a murderer and a thug, a Senator's description that they picked up on and used freely. Is it wise to taunt him like that? Whenever in my house-to-house ministry I spot a murderer and a thug, I cross over to the other side of the street. 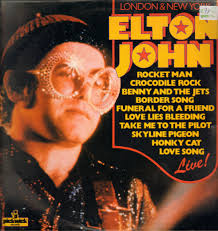