There are people who say - more people than not - that it is more likely for your dog to pour himself a breakfast bowl of Cheerios than for a lion to eat straw like a bull. They are not really built that way.
That's why I like how the brothers didn't go there last night with the God's Kingdom Rules book. Discussing the return of the Jews from Babylonian exile and how they would be encouraged by Isaiah's prophesy about the animals, it said: "The lion would eat straw in the sense that it would not devour the Jews' cattle."
They didn't have to do it. They could have said "God will supply them with bales of hay in order to feed the lions."
Will it be literal someday? Who knows? But I like that our people can spot a metaphor when they see one. They know (unlike some religionists) that when someone cries crocodile tears, it does not mean that they are a crocodile. 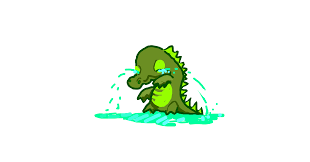