If You Are Going to be Unjust, Do It Big Time

I am of the unusual opinion that if you are going to ban Jehovah's Witness activity is Russia, then it is a good thing, not a bad thing, to also ban the New World Translation and seize the branch headquarters building. Each drags in people who might not otherwise care.
Human rights people protest when Witness activity is banned, but it is partly offset by: 'well, they ARE a pain and they DO call unannounced at inconvenient times.
But when you ban the Bible - even ringleader Dvorkin thought that was going too far. It plainly is a Bible; he doesn't like it, but it plainly is one. His country looks like a nation of goons. He is as if to say: 'we cut them off from U.S. organizational and monitory support. That's enough. Break both their legs and they will die! You don't ban the Bible as well, which only make us look like a country where Fred Flintstone is chief.
I say ban it for exactly that reason.
The academic community couldn't believe it. The Russian expert witness to the Court, an ex-JW, has an education that "doesn't correspond to anything" (mathematics degree) and she just "copies any sort of nonsense off the internet." She had the court harrumphing that it doesn't say 'Bible' on the cover, but 'Sacred Scriptures,' also that it said Hebrew and Greek Scriptures instead of Old and New Testament. She had them perturbed over its use of the name Jehovah, and then it was pointed out the Russian Orthodox version also uses the name.
They got concerned that the Jehovah's Witness Bible doesn't support the Trinity and our people showed them that the Russian Orthodox translation also doesn't support it. The Court is plodding about in matters of which it is completely ignorant, Dvorkin fumed, and it shows painfully.
Good. Let the record reflect that.
The decision regarding the branch headquarters draws in the potentially much more influential business community. Said the Witness representative:
"Of course, we will appeal this decision. It is based on nothing, except the desire of the prosecutor's office to simply seize the property. We did not hear a single legal argument. This is expropriation. Russia encourages foreign business to invest in the country, but what investments can be made if the property is not protected and can be seized at any time?" 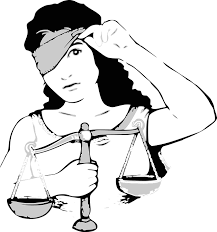 I say it is a good thing for them to seize the building. It cannot serve its intended function anyway. Let it serve its new purpose of calling attention to oppression. One Russian news source opined they will ultimately give it back accompanied by huge financial damage penalties. Witnesses will take the matter to the ECHR and also, since the Watchtower Society is American-based, "the American one," whatever that means.
If you are going to go unjust, do it big time and make sure everyone knows. The Governing Body saw to it that the initial trial was videotaped in the largest venue possible. That video is widely available. At one point the Russian judge asked the Ministry of Justice whether it had prepared for the trial, so unsupported was their case. In the end, he did what he knew he had to do if he wanted to keep his job, but his interaction with them clearly exposed a sham system, which was repeated at the appeal, repeated again at the trial over the Bible, and again at the hearing to confiscate the branch headquarters.
And it was repeated in the case in the imprisonment without trial of Dennis Christensen, the first Witness jailed post-ban, and a Danish citizen. The Ministry of Justice insists he is a dangerous criminal. His last religious act was to preside over a typical Bible study at the Kingdom Hall. His last non-religious act was to build a playground (he is a carpenter) for the children. His second-to-last non-religious act was to take part in a public park cleanup for which the congregation received a certificate of appreciation from the town officials.
A lot of people don't like Jehovah's Witnesses - they are a hot-button topic in several ways. But they do know that rule by law and even common sense is a good thing, not a bad thing and when they see it so arbitrarily violated, they get more worked up than they would over Witnesses themselves. #StopJWBan
Defending Jehovah’s Witnesses with style from attacks... in Russia, with the ebook ‘I Don’t Know Why We Persecute Jehovah’s Witnesses—Searching for the Why’ (free).... and in the West, with the ebook ‘TrueTom vs the Apostates!’ (free)