Home Archives Profile Subscribe
Crocodiles Eating Straw Just Like Bulls
If You Are Going to be Unjust, Do It Big Time

No Scrapping on My Watch

I don't do the following often, for it is a little mean. I wouldn't do it just on account of a differing point of view. I reserve it for someone obnoxious and condescending from the fundamentalist religious world, someone trying to denigrate the work Witnesses do, someone saying dismissively: "No thanks. I'm Christian." As though they own the word.
I reply that only a Christian would do the work I am doing, adding "frankly, I'm a little surprised you're not doing it yourself." Always it vanquishes the smug smile.
However, one does not stop there, upon seeing that the blow has landed. Immediately you move on to soften it somehow, perhaps by returning to whatever you were discussing in the first place.
I am not thrilled speaking with these ones. If they try to start a fight - and it is always over the Trinity - I deflect. Hopefully I share my verse and leave it at that.
When I offered a verse to one of these fellows, he immediately wanted to know my religion. Anyone else I would tell immediately, but to him I acted as though - well, it's rather a personal question, don't you think? I mean, this is the Bible. What is more Christian than to talk about it?
Too many of these folks have their scholarship defined by their beliefs, and not the other way around. Too many have had a religious awakening of some sort. How do you tell them that their experience is not theirs? I don't try. If they find what they learned by revelation confirmed in Scripture, they are happy, but they are not unduly put out when they find it is not.
Reliably, being saved by faith and not by works will come up. 'Of course,' I reply. 'Everyone knows that. But the works don't hurt, to they? They certainly give us some street cred.'
What about "there has been a child born to us...his name will be called wonderful counselor, mighty God, prince of peace," he challenges. What about it? I reply. Does he think I should have a problem with it? Why should I?
He will have to get a little more specific than that if he wants to get into a shoving match. No scrapping on my watch. 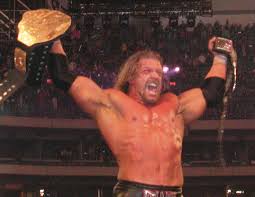