I Can Hear the Charges of 'Stealing From God' Now

When Gene was transferred to an Assembly Hall in Virginia, he said that Bethel likes to do that. If a given overseer remains too long at an Assmbly Hall, it gets to be known as 'Gene's Assembly Hall.' I told him the only reason I change from my pajamas is BECAUSE it is his Assembly Hall. He said I would like the new guy. I said I don't like him already if he is going to replace him. But, in fact, the new guy turns out to be fine, too.

Last year Gene was at the house 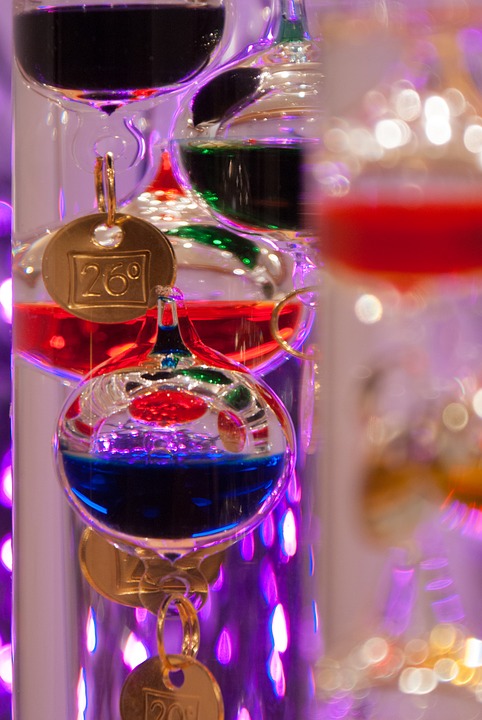 and he was admiring the Galileo thermometer on the mantleplace - you know, those ones with the bobbing balls? A week later I called him and asked if he was at the Assembly Hall. He said he was and I told him to stay there. I drove over and gave him the Galileo thermometer as a gift (which is how I ended up with the dust-collecting thing myself). He said he couldn't accept it and I said he could. So he did.

But don't you know that my wife did some work at the Assembly Hall the other day and went into the office and what do you suppose is there? MY (alright - 'his') GALILEO THERMOMETER!!!!

HE LEFT IT! He went to Virginia and left it! I hope he fries or freezes because he couldn't dress properly because he didn't have a Galilio thermometer to tell him what the weather will be!

Moreover, I have no idea if the new guy will appreciate it or not. For all I know, he has a bowling ball on his mantleplace that he admires and wonders what the stupid thing is with the bobbling ornaments! But do you think he will let me take it back? I can hear the charges of 'stealing from God' already if I try it!