I An Not Afraid of my Proofreader! Nyah Nyah Nyah

Okay, I am reneging on my concession to my proofreader. I am partly reinserting Mary's imaginary talk-back to the angel. I'm not afraid of my proofreader. No. Nyah, nyah, nyah, nyah! it is enough that she has made me back off on some of my favorite words.
Here is how it reads as revised: "Enough already! Everything is challenged! Everything is hurled back in God’s face. Just for kicks, turn the page. Find yourself in the gospels. What if Mary had answered the angel that way when he announced that she would carry the Child: “Hail, favored one! The Lord is with you?” What if she had shot back: “In what way is he with me?” Had she talked back like that to the angel it might not be Mary remembered as the mother of our Lord. It might be Olga or Tatiana."
I just like it too much and I decided that my audience will not primarily be deeply religious people who would be offended at the mere hint that Mary might say something untoward. Her remark in Matthew follows too close on the heels of the book of Malacai, where the surly Israelites taunt God constantly.
Still, I didn't entirely put it back. I clarified it so that it can be seen it is my irreligious imagination at work and not something that actually would ever happen. I am willing to take the arrows on this one, as a pioneer unconcerned about his time.
The ebook is out and can be downloaded free.
https://www.smashwords.com/books/view/815620
Defending Jehovah’s Witnesses with style from attacks... in Russia, with the ebook ‘I Don’t Know Why We Persecute Jehovah’s Witnesses—Searching for the Why’ (free).... and in the West, with the ebook ‘TrueTom vs the Apostates!’

Hyphens are a Tool of the Lazy Devil

The ebook is written but that does not mean it cannot, being an ebook, be tweaked after date of delivery. Other than for matters of publication, I will do this very sparingly, for it seems that more would be 'cheating.' I did find a way of explaining neutrality that i like, however, and I managed to insert it:

"All human governments will drop the ball and usually it is a bowling ball; this fact explains why many of Jehovah’s Witnesses become Jehovah’s Witnesses in the first place. Thereafter, were they individually to contemplate their own toes, they might conclude that those on their right or left foot appear most vulnerable. But they strive not to bring such matters into the congregation and thus disturb its peace, opting instead to focus on the fact that human governments of all stripes drop the ball but God’s kingdom does not."

Speaking of punctuation, I am coming to grips with the fact that I am inconsistent in their use. One must not blow it off as nothing (as I am initially inclined to do) but one must face the fact that there are plenty of people who care about such things

Sometimes I use double quotes, sometimes single. Sometimes put titles in apostrophies, sometimes not. Dashes I regard as the tool of the lazy devil, who can't quite figure out the precise relationship of two adjacent phrases and so simply flings a dash at the mess to get on with life. I'll go back in and fix it all. It will take a while.

I will try to get it as close to exact as I can before pitching it to journalists, newsmakers and such. Some of them are real sticklers. 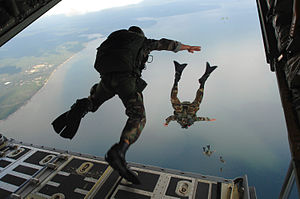 He Messed Jesus Up!

Okay, let's cut through the pious tape: The "I want to - be made clean" fellow that Jesus cured went on to mess him up!

3. The fellow told everyone under the sun.

4. Jesus could no longer come and go openly and had to from that point on slink in the back door.

It's a good thing he was not like that last pointy-headed boss that you had. Otherwise, he might have thrown the guy's leprosy right back at him.