Home Archives Profile Subscribe
An Open Letter to the Philadelphia Inquirer (because they did not acknowlege, much less print, the sent one)
You Have to Support Your Local Buskers; You Just Have To

After the umpteenth costume change into garbs alternately goofy and gaudy, my wife paid the Skycoasters band singer the ultimate compliment. "I have to go home and watch Dr. Who, because this guy reminds me of him." At the time he was wearing LED lit lapels, as were flanking band members in lights of different colors, having just lost his sharkhead hat. There was pentup demand for the Wegman's concert by the shore. Two weeks ago it was cancelled due to rain, one week ago due to obscene heat. Wegman's mans the food tent and passes on the instinct to make profit. Hog dogs are two bucks, and other items are reasonable. I like Wegmans. Most here do.

It is the brilliant name that seals the place of Skycoasters as Rochester's premiere party band. They might win the crown in any event, but the name clinches the deal. It recalls the L-shaped wood roller coaster of Roseland Park on the shore of Canandaigua Lake, a park that existed long ago, and is now townhouses. You used to have to drive through the darkened country to get there. Today, all is one great suburb in between.

The band has been playing 50 years. They were hawking a CD of their songs, apparently with one from their first ever concert at Brighton high school in 1968. No, I was not there. I was at a different high school. They also sent someone through the audience with a hat, announcing that not all expenses were covered, and asking persons not to be stingy. This is something I have not seen before at a sponsored concert. However, it was sort of like Jehovah's Witnesses (who nonetheless do not pass hats or plates): people look around themselves, feel they obviously are getting much value for very little money (in the case of the concert, none at all), and are mostly willing to chip in something. After all, it is a nine-piece band with a significant support team and seemingly endless props.

I am practically the only Jehovahs Witnesses who has attended the Theocratic Ministry School AND the meetings of Toastmasters, since the two are essentially similar. But I was a little bit grumbling over some things at the time, and when the Toastmasters events came up my wife and I would skip the meeting at the Kingdom Hall. After my first Toastmasters talk, the moderator said: "Either you are a born natural or you have done this before." In the local chapter was the Skycoasters public relations person (I think that's what he was) brushing up on his public speaking skills. It is a curious side effect of theocracy that most of Jehovah's Witnesses can speak publicly with minimal fuss, whereas the prospect of public speaking terrifies the average person.

A co-worker of the time kept inviting me and other employees to the Toastmaster meeting. He was almost evangelical about it, as though one could be saved there. In a sense, he counted himself saved. He was painfully shy and he credited Toastmasters with making him less so. Several co-workers attended once or twice. My wife and I stayed for the longest interval, but when we finally drifted, this fellow was a bit put out, almost as though we were going apostate. 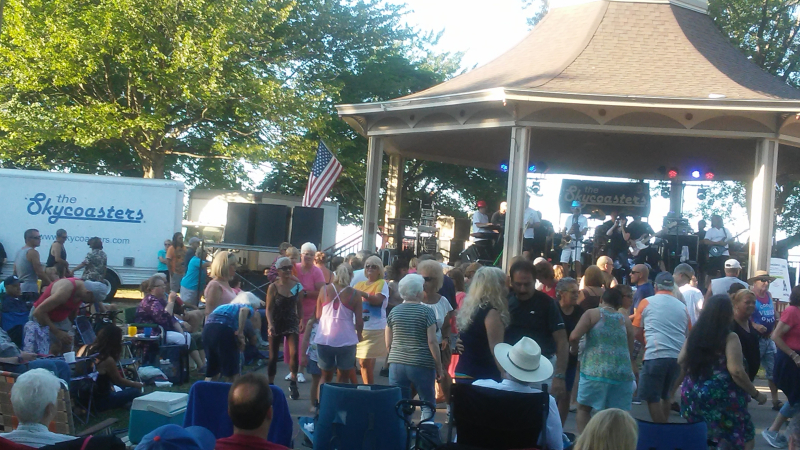