You Have to Support Your Local Buskers; You Just Have To

Summer is concert time in the city, and two days after the Skycoasters event by the shore, I went to one at the Public Market Friday eve. The public market gains in visibility each year; the city has lately poured some money into it, and starting mid-July through August, there is a series of free concerts (bring your own chair, and you can only bring in a bottle of water before resorting to the venders) called 'Bands on the Bricks.'

I got my timing mixed up and arrived when the AC/DC tribute band, Bonfire, was playing, so I had to sit though them. Don't misunderstand; it is not that they were bad - they were very good. It is just not my g-g-generation. The Led Zeppelin tribute band, Kashmir, is what I'd come to see. My wife had stayed home. Zeppelin is not her thing.

Isn't AC/DC an example of the "heavy metal" that Witnesses used to carry on about, along with rap? (so it was clear no one was playing racial favorites) They petered off on that per se, perhaps because, as my son told me, those genres mutated into other names and they still were saying 'heavy metal' and 'rap,' dating themselves with the kids and thereby making themselves look a little silly. Nowadays they just say 'inappropriate' entertainment. They never named any specific groups. They probably never knew any by name.

I dutifully scowled throughout the heavy metal AC/DC session, until the Led Zeppelin tribute band appeared, which was only slightly less heavy. In fact, THEY probably represented the greater slide into decadence, and AC/DC was just one more step. I didn't really frown for either one. A 30-year-old was holding his toddler son aloft, bouncing him to the music, and I said, "Yeah, train that boy right!" What are you going to do?

For that matter, it was thought to be the Beatles by my folks, who raised an uproar when I started to grow my hair long like theirs. My 'long hair' was laughably short by today's standards (though it later grew longer still), but Pop was raised on a farm and was familiar with the concept of shearing animals. As a young dad, he purchased a set of clippers and sheared his kids the same way, though they were barnyard animals, leaving just an upright tuft of hair front and center, like a hood ornament. Deviating even a little from that pattern was giving in to the decadant Beatle influence.

Or maybe it was Elvis. After all, HE was 'Elvis the pelvis,' not any of the Beatles.

Leaving a little before the crowds, I encountered a busker playing away on his guitar with his dog laying at his feet. I told him he had put his greatest fan to sleep and bid him a good night. I had only walked twenty feet, when I doubled back and dropped a buck in his hat. You have to support the musicians, you just have to; they play their hearts out. "Yeah, we can use it," he said, and I continued on. 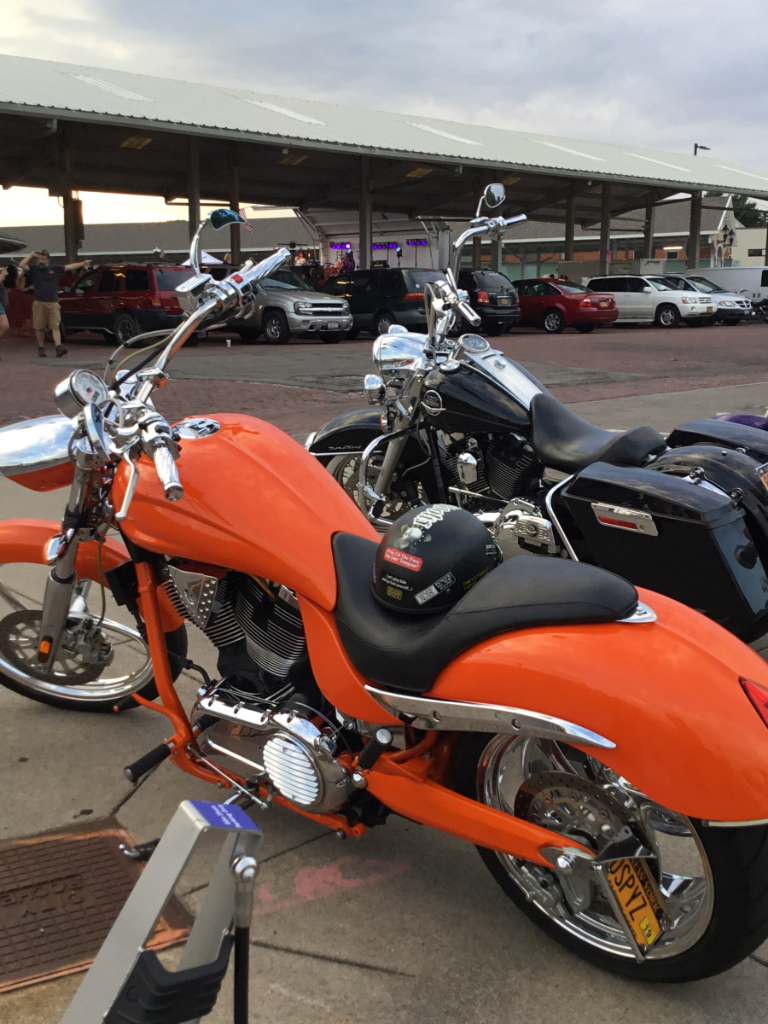 Boys night out at the Led Zeppelin tribute concert. 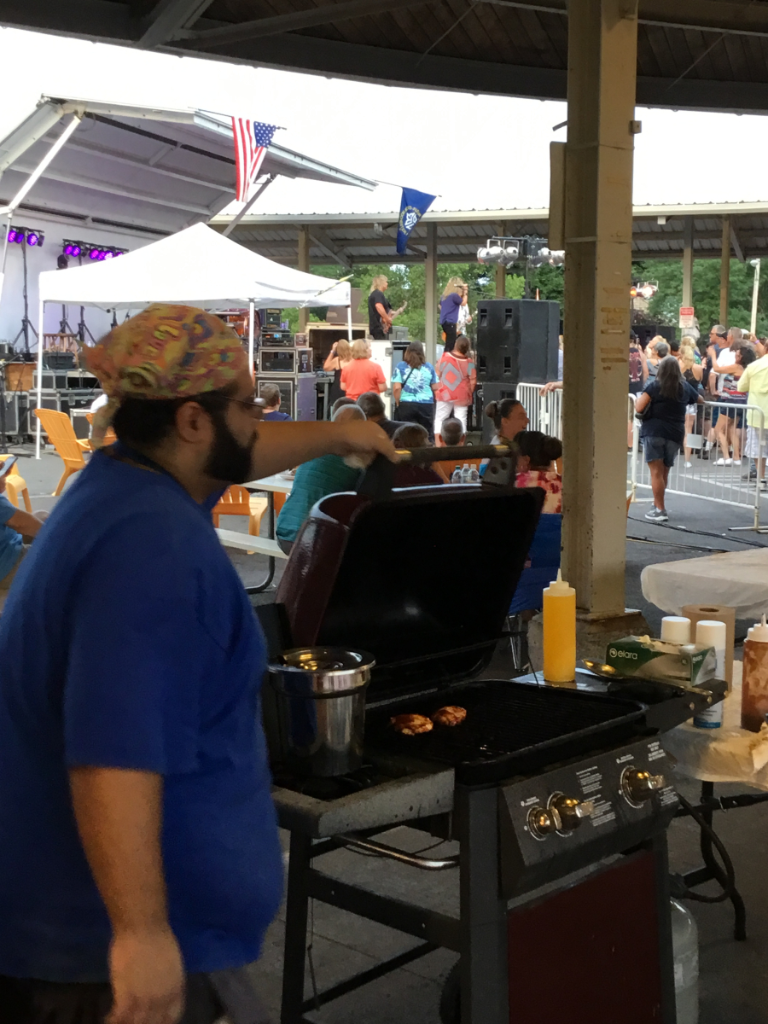 Sometimes, for lesser volume, you hang out off to the side, behind the food guys.