A (Sort of) Review of the Movie 'Apostasy'

I have not seen the movie Apostasy, which seemingly makes me ineligible to comment on it. Perhaps I will in time. Partly offsetting that lack is that I am a 45-year active member of the religion featured, and thus have more familiarity of the topic than even the filmmaker. Nor do I feel that I have to see the movie to judge its overall merit. I accept from the other reviewers that it is well crafted and acted.

It is a wrenching time anywhere when an offspring departs from the moral principles in which he/she has been raised. As an ultimate trump card of congregation discipline, to be applied when lesser measures have failed, is disfellowshipping cruel? It certainly could be, and increasingly is, argued that way. Undeniably it triggers pain. That said, suffice it to say that no group has been able maintain its deeply-held moral principles through decades of time without it.

The book 'Secular Faith - How Culture Has Trumped Religion in American Politics' attempts to reassure its secular audience through examining the changing moral stands of churches on five key issues. The book points out that today's church members have more in common with atheists than they do with members of their own denominations of decades past. Essentially, the reassurance to those who would mold societal views is: 'Don't worry about it. They will come around. They always do. It may take a bit longer, but it is inevitable.' Jehovah's Witnesses have not come around. Can internal discipline not be a factor?

Not everyone will say that greater society is ever on an upward trajectory, with each new development representing an advance. Some will maintain that the overall pattern more closely resembles a death spiral. In a pluralistic society, it must be ‘to each his own.’ Yet, it is not true that if you fail to train your children, they will grow up free and unencumbered, and, when of age, select their own values from the rich cornucopia of life. No. All it means is that someone else will train them.

I have not discerned if the older daughter’s sex-outside-of-marriage, which triggered disfellowshipping, is presented as ‘apostasy.’ Plainly, it is not. Apostasy is a decisive, usually public, repudiation of one’s previously held religious beliefs, which is entirely different than merely falling short of them. All religious denominations have their ‘apostates.’ Those of Jehovah’s Witnesses are more vehement than most because the faith they depart from takes more decisive stands. There is not a New Testament writer who does not address, often at length, the subject of apostasy. Is it only in the religious world that such matters causes division? When Kathy Griffin holds aloft the mock severed head of the President, are we to imagine that her Republican dad (if he is) says: “That’s my lass! She speaks her mind. It won’t affect holiday cheer, though”?

What is possibly left unstated in the film is that the door that is closed is never locked. About a third (a rough guess) of those disfellowshipped from Jehovah’s Witnesses are eventually reinstated and become quite active once more. There are plenty of single-parent families within Jehovah’s Witnesses, a circumstance that comes about in any number of ways, including that of the oldest daughter. Other disfellowshipped ones will conclude that the faith just didn’t work out for them and move on. Still others will have the rough sense that if you are caught cheating in the card game and refuse thereafter to mend your ways, it is not a surprise to find yourself ejected. But others will not get over the hurt they may feel, which can be deep, and thereafter work to call attention to what they perceive is a great wrong. It is part of the world we live in and must be accommodated. Sometimes people simply want to be heard. Nevertheless, nobody should imagine that the filmmaker is impartial. Nor am I. Nor, if we are honest, are many people about anything.

As to the second daughter portrayed as a victim to the Witnesses' stand on blood transfusion, just once I would like to hear that the same group that avoids transfusion also avoids alcohol and drug abuse, tobacco use, and even war participation, making it by far one of the ‘safest’ religions out there.

It is an irreligious world that increasingly prevails today. There is no sense pining for the ‘good old days’ when it did not. Some will think that the good days are just arriving. One must operate in the reality that is. Still, when the third daughter in the Jewish ‘Fiddler on the Roof’ family was shunned for doing something that would not cause shunning among Jehovah’s Witnesses, I recall no condemnation of the Jewish faith for that reason. 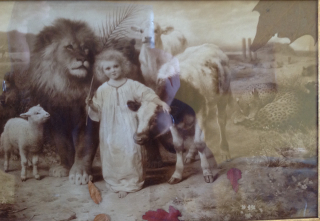 The girls who had the child out of wedlock was told to eventually marry the boy and also bring him to meetings. That doesn’t happen.

One of the jw characters stole the baby to keep it from dying at Armageddon. Yeah, when has that ever happened?

Jws are sad faced and downtrodden in the movie. Really?

Even though I wouldn’t financially support such a ridiculous movie, you can give a review based on the reputation of apostates:

- They attempt to make us seem as unnattractive as possible since they cannot disprove our beliefs. Pretty much all of their literature and media are largely untruthful and unreliable.

When I repeated the substance of the above in an tweet reply, I was told I ought best see the movie, as what I had said was not true. I didn't squabble over it. How would I know? I acknowledged that third parties are notoroiously unreliable.