Few things cause more distress in the world of celebrities than a neglected birthday celebration. Yet Serena Williams presented them exactly that scenario with regard to her baby daughter, soon to turn one. “Serena and husband Alexis Ohanian won’t be throwing an over-the-top birthday bash for their baby girl…In fact, they won’t be throwing a party at all,” reported Caitlyn Hitt for the DailyMail. Why?

Serena says: ‘We’re Jehovah’s Witnesses, so we don’t do that.’ She repeats the tactic that she took with President Obama, back when she was “excited to see Obama out there doing his thing….[but] I'm a Jehovah's Witness, so I don't get involved in politics. We stay neutral. We don't vote...so I'm not going to necessarily go out and vote for him. I would if it wasn't for my religion.'' Let me tell you that she took heat for it from people immersed in civic affairs, not to mention those who dislike Witnesses.

Notwithstanding that the support organization of Jehovah’s Witnesses encourages congregation members to give reasons for their stands and not just say “I do it because I’m a Jehovah’s Witness,” there are times when the latter response is exactly the thing to say. The actual reason takes a while to explain and people don’t necessarily want to hear it. You have to know your audience. I begin to like Serena Williams more and more. She doesn’t buckle under pressure, mumbling something incomprehensible. No. She says "We don’t do that.” She reminds me very much of a sister named Jackie who was ribbed at school for her modest way of dress. She threw it right back at them. “I set the style,” she told the would-be bullies. “If you want to be cool, you dress like me.”

Speaking of modest dress, Serena hasn’t exactly done that over the years on the tennis court. Even given that you want freedom of movement, every so often you will hear her criticized for that, primarily from people who think they can embarrass Jehovah’s Witnesses on that account. Outspokenly she has thanked Jehovah for her tennis victories, yet how does that work with the flag at the Olympics? Jehovah’s Witnesses are circumspect about the flag of any nation, declining to salute, not for any reason of protest, but because of the second of the Ten Commandments. And didn’t she cuss out that official at a certain match? Ah, well, athletes have been known to do that and people cut them slack. After all, if she was mild-mannered Clark Kent, she would find transition into Superwoman difficult.

So she has sent mixed signals over the years. Why would that be? Ah, here it is in the Caitlyn Hitt article: Last year she told Vogue, “Being a Jehovah’s Witness is important to me, but I’ve never really practiced it and have been wanting to get into it.” Okay. She was brought up in the faith and has made part of it her own but not entirely. Apparently, she is not baptized, a big deal for Witnesses. Now, with the birth of a child, she means to change some things. The birth of a child will frequently trigger a shift in priorities. Likely, she is conscious of a spiritual need not completely attended to in her own case and she does not want the same for her daughter. Since Jehovah’s Witnesses call each other brother and sister and I am old enough to be her dad, I tweeted: ‘Knock it out of the park! You go, my daughter.' I’m sure she saw it out of the gazillion tweets she receives each day, many from JW detractors telling her that she is nuts.

Her outspokenness served her well in another instance. When the man she was dating wished her a ‘Happy Birthday’ and she responded as she now does for her daughter, the man admired the courage. He “saw this gesture as Serena stepping outside her comfort zone for him and decided immediately that he wanted to marry her.”

It only gets more interesting. He is Reddit founder Alexis Ohanian. He is not a Jehovah’s Witness, and was not raised with any religion at all, but is reportedly okay with Serena’s faith. Now, it turns out that Reddit is a huge online discussion forum in which topics are hosted for everything under the sun. One of those groups, with thousands of participants, is dedicated to bringing down the organization of Jehovah’s Witnesses. When Philadelphia Inquirer reporter David Gambacorta wrote (so far) four incendiary articles about Jehovah’s Witnesses, he used this group as his source of information and between articles checked in with them, as though Trump playing to his base.

It therefore reminds – I mean, it is not a type/antitype kind of thing, but it sure does remind one of Jewish Queen Esther of long ago, married to the wealthy Persian King who had been maneuvered by enemies into decreeing that her people be destroyed, and the sentence surely would have been carried out but for Esther’s (putting her life at risk to do it) bold intervention. Yeah, why don't you go in there to Mr. Ohanian, you Reddit Witness haters, and tell him that his wife is crazy? That sounds like a brilliant plan to me. Tell him that Mr. Gambacorta is on your side. Just make sure that you read up on Haman before you do it. (See the entire short Book of Esther)

Look, it is not parallel in all respects. Nobody is literally threatening to kill anyone, but they are threatening to kill the Christian organization that supports and coordinates the worldwide work that Jehovah’s Witnesses do, just as like-minded ones are now doing in Russia. Moreover, Mr. Ohanian cannot be expected to pull the group’s Reddit credentials; he runs a website dedicated to free speech. There is also a pro-JW group on the site, as well as a squirrelly in-between one, supposedly supportive of Witness teachings but unsupportive of the human leadership. Such will always be the sticking point in the divine/human interface. It was even true with Judas. He and God were tight. There were no problems there. But that yoyo claiming to represent him was just too much, not at all what Judas wanted to see. And those bumpkins he was attracting! Don’t even go there.

No, it is possibly not history repeating itself. Mark Twain [allegedly} said that does not happen. History does not repeat, he said, but it does rhyme a little.

"I am stronger than you. I bless Heaven for it," said Miss Pross to the wicked foreign woman trying to destroy her Loved One, resisting her "with the vigorous tenacity of love, always so much stronger than hate." 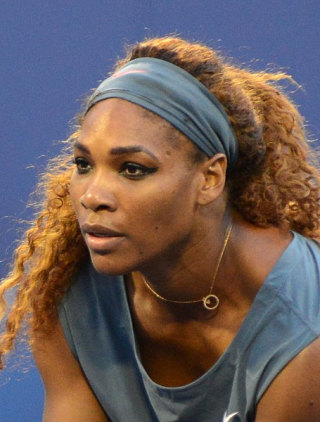 Posted at 08:50 AM in celebrities, Holidays, Opposers | Permalink | Comments (0)