Ben Franklin Gets Jilted and Flip-Flopping on the Resurrection

Ben Franklin courted the widow of his good friend, but the woman turned him down flat: ‘I could never be untrue to my husband.’ Then, in a dream, he went to heaven and met his good friend. They exchanged pleasantries until the friend presently said: “You must meet my new wife. She’ll be along soon.” Ben Franklin couldn’t believe it. ‘Your earthly wife is more loyal than you!’ he said. She turned me down cold on your account!’ ‘That’s too bad for you,’ the friend said. ‘She is an excellent woman and I missed her terribly at first, but now it is time to move on.’

As Ben Franklin grumbled, the ‘new’ wife showed up and it was Ben’s own deceased wife! Ben Franklin turned his rebuke on her, but she said: ‘I was a good and loyal wife to you for 50 years. Let that be enough for you!’

It is a mangling of Luke 20: 34-36, most likely, botched, but nonetheless used as a starting point. No need to say what is wrong with it. Suffice that it addresses the changed nature of relationships after death:

After a certain public talk years ago that had mentioned the verse, a sister raised her had during the chairman’s remarks, something I had never seen before and have not seen again. She was new in the faith, widowed, and she looked forward to reuniting with her husband in the resurrection. She quizzed the chairman until the speaker himself raised his hand and said he would clarify the verse for her afterwards.

About 30-40 years ago, the Witness organization looked at the verses anew and said maybe she could reunite. They didn’t want to be dogmatic. Maybe the verses just applied to those having the heavenly hope, as they were the ones in abundance back then. It can’t even be said of earthly ones “neither can they die anymore.” They can, and surely will, if they show a rebellious spirit. I mean, if you were raised up to life on a paradise earth, would you grumble about the ground rules? And who is the that is "counted worthy" of an earthly resurrection? Essentially, all you have to do to qualify is to show up; it is "the righteous and the unrighteous" who benefit.

Grousers who say that Jehovah’s Witnesses flip-flop on doctrine miss the point. They’ve never said they didn’t. They do it all the time, re-examining verses in the face of accumulating knowledge. It has been called ‘the light getting brighter.’ (Proverbs 4:18) It has also been called tacking. The only ones who say they can’t do it are the grousers themselves.

That said, the major teachings of Jehovah’s Witnesses regarding the nature of God (no Trinity), the nature of the soul (not immortal), who goes to heaven (not everybody good, but only a minority), have been firmly in place for over a century. Ridding the false doctrines that make knowledge and a close relationship with God all but impossible is part of the job of ‘the messenger preparing the way.’ The first thing you do in preparing the way for a building project is to take out the trash.

(the Ben Franklin writing is called 'A Proposal to Madame Helvetius') 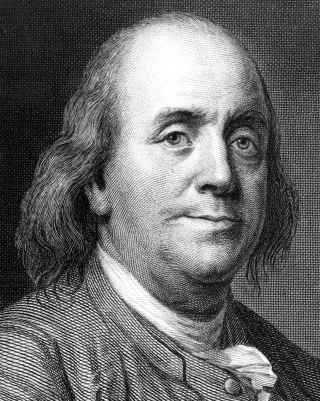