The overnight tech is tired, overweight, underpaid, overworked, as she would tell you, (likely omitting the 2nd item) and perhaps it is so. Her rough treatment of those in her charge has hurt some of them and they dread disturbing her. They hold off until absolutely necessary. Only Diedre, recuperating from a fractured shoulder and hip, determines within her heart to win her over, as she tells us later, with a twinkle in her eye.

When my wife calls the nursing home, she is told that Diedre is not available because she is doing rehab in her room. ‘How long will it be?’ she asks. ‘Oh, I don’t know,’ comes the answer. ‘I think they just go in there to visit; she is so nice.’

She is. We all know it. Camping with us and the kids long ago, we would say about those in the neighboring cabin: ‘Diedre, go find out about those people.’ Off she would go with a disarming ‘hi.’ Fifteen minutes later she would return with their entire life stories.

She wins a skirmish. Coming to her side at 2AM for pain, the tech says, ‘I hate to see you suffering like this. You really are a good patient.’ ‘So she is coming around, just a little bit,’ Diedre smiles and chalks up the win.

[Edit: I spoke with Diedre after this post was written. She referred to that tech as "the sweetest little thing," before clarifying that she really wasn't little. I had just thrown that in on a hunch that she was overweight. I really didn't know. When Diedre left after several weeks recuperation, some of the patients cried. The staff begged her to visit, adding that many former patients say they will, but never do. They do not know that, with Diedre, it is a certainty.

Does she 'witness?' No, not particularly, though she is always ready should something come up. Rather, she is one of Jehovah's Witnesses, it quickly comes into conversation naturally, as when a person mentions what they do for a living, and thereafter everything she does or says becomes a witness.

When she attends to the hospital stays of her own children (who unfortunately, have had a few) she quickly is on a first name basis with every tech, nurse, and doctor in sight, who all look forward to exchanging a few words with her. She doesn't look at each person as 'an opportunity to give a witness.' Instead she looks at them as an opportunity to make a human connection. Sometimes that leads to a verbal witness. It always leads to a nonverbal one.] 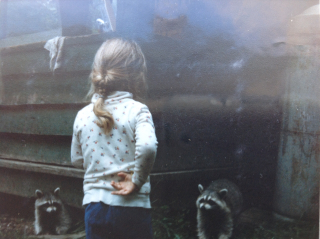