Home Archives Profile Subscribe
No Direct Mention of the 144,000
The Trump Card of Christian Discipline

I tweeted, with photo included, that all Regional Conventions had witnessed scenes of Russian police breaking up Christian meetings.

Instantly, the tweet was liked from three entirely separate parts of the world, none of them in English. There is nothing like the worldwide brotherhood. Admittedly, three is not a million, but the diverse background of the likers partly offsets this.

A prominent human rights person, frequently quoted in the media, picked up the tweet and retweeted it.

If you spend any time on the music video section of JW.org—not the choir part, but the convention interludes and original songs, you cannot but be struck by the international flavor, so different from the general world which too often views anyone significantly different as one of “those people.” For some odd reason, I almost prefer lyrics sung in languages I don’t understand. It adds to the appeal of unity despite differences. Can you view such videos, ranging from small groups to international conventions, and view participants as addled victims of a cult? You have to work at it. You really do.

Online is an enemy that I keep tabs on because he reliably informs me of things I might like to address. To say ‘enemy’ might seems a little mean. I have no doubt that he has to his credit some good qualities, as do most people. But spiritually speaking, we are at 180 degree opposite poles, and it is not through any miscommunication. It is through deliberate choice on both of our parts.

The spiritual component of a person comprises probably two thirds of his or her total makeup. Everything else is but so much window-dressing. It is why I wrote of Prince in ‘Tom Irregardless and Me:’ “I would have enjoyed jamming with Prince. Not musically, of course - I can’t play guitar – but spiritually, in the ministry. We would have been seamless together; we’re on the same page – all Witnesses are. But it wasn’t to be in this system of things. Prince was always busy. And I was – well, no – I would have found the time.”

We would have instantly hit it off. Doubtless, I would have discovered differences in preferences, even on matters of substance, but it wouldn’t have mattered. All Witnesses know how to keep such matters in their place and not allow them to disrupt the peace of the congregation.

My online enemy hears of the Russian punishment of Jehovah’s Witnesses merely for being Jehovah’s Witnesses, this week’s arrest including persons in their 70s, as reported in Newsweek, and feigns sympathy. He does more than ‘feign’ it. I have no doubt he genuinely disapproves of it. But as a dedicated “anti-cultist,” he is sorry for it in the same sense that the arsonist is sorry to see California burning to the ground. We must not be obtuse. Once you release the hounds of hell, you find that you cannot control just who they maul.

It is his fellow ‘anti-cultists’ who have driven the model to cast Jehovah’s Witnesses in such a bad light before the Russian Supreme Court (in combination with some nationalistic factors), with even some former members of the faith giving testimony, knowing that, if acted upon, innocent people would go to jail. My enemy’s allies push and push the narrative that Jehovah’s Witnesses manipulate people and break up families. Religion writer Joshua Gill has outlined how a French NGO dedicated to protecting people from ideas considered socially destructive by the NGO sent a well-known emissary to Russia who spread that view with missionary zeal, maximizing his existing status with the Russian Orthodox Church.

It worth noting that the European Court of Human Rights didn't buy either charge. It wrote in 2010: “It is the resistance and unwillingness of non-religious family members to accept and to respect their religious relative’s freedom to manifest and practice his or her religion that is the source of conflict.”

As to a charge of "mind control," it wrote: “The Court finds it remarkable that the [Russian] courts did not cite the name of a single individual whose right to freedom of conscience had allegedly been violated by means of those techniques.”

The Russian Supreme Court in 2017 was not chastened by this rebuke and saw no need to cite a name for the April 20th trial, either. They did, however, find every need to not hear representatives of foreign embassies who might, for all they knew, have sided with the European Court.

The NGO itself has come in for censure more recently, in that it “has benefitted from abusive grants that they have used to disseminate hate speech targeting some minority religious groups in the countries of the European Union and beyond.” The occasion was a side event to the Universal Periodic Review of France in Geneva (January 15th, 2018) where several NGOs and an international law expert called upon President Emmanuel Macron and his Prime Minister to revise the financing of the NGO that sends a clear “open hunting season” on religious minorities.

Of the emissary, a Mr. Dvorkin, it is written that he “enjoys disseminating inflammatory narratives and hate speech. Last year, in the capital city of India, Hindus have held a demonstration outside the Russian embassy to protest against the persecution of their religion and burnt an effigy of Dvorkin.” Nonetheless, his views have carried the day in Russia, the same as they do with my enemy closer to home. 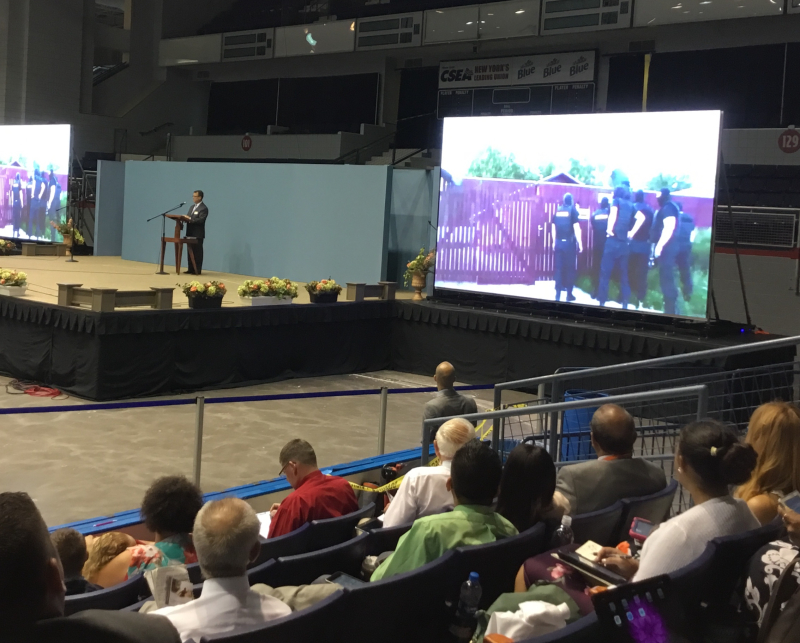 Posted at 10:41 AM in Cults, Opposers, Russia, Shunning | Permalink