Home Archives Profile Subscribe
Reporter at 2 O'Clock. Roger That.
A (Sort of) Review of the Movie 'Apostasy'

Lawsuits are common these days, and Jehovah’s Witnesses recently settled one in Delaware, and paid fines totaling $19,500 to the Delaware Department of Justice. The offense sued over was knowing of cases of child sexual abuse in previous decades and not ‘going beyond the law’ to report them to police agencies. One provision of the settlement was stated here by a lawyer involved:

“A third requirement mandated by Delaware included the signing of an affidavit stipulating that Jehovah’s Witness elders must comply with all Delaware statutes involving the reporting of child abuse.”

This is presented as though it represents a setback to the JW organization. In fact, it is just what Geoffrey Jackson pleaded for three times before the Australian Royal Commission: Make mandatory reporting laws universal, across the board, everywhere. Then it would “make our job so much easier.”

Why should he have to make that plea in 2017? Given the present crusade over child sexual abuse, by now getting quite long-in-the-tooth, seemingly no policy change should be easier. And if this is the patchwork of conflicting laws in 2017, it is not hard to envision what it was in the 80s and 90s, the time period from which almost all of these cases stem, where the prevailing ‘crime’ is not going ‘beyond the law’ with regard to reporting. If it is so crucial to go beyond the law, then surely that should become the law. Condemning ones for not going beyond the law simply allows for Monday morning quarterbacking, assigning invariably bad motives to persons or organizations who are not liked.

My take is that this Delaware stipulation will make Jehovah’s Witnesses quite happy. It alleviates a situation full of minefields for those who feel the responsibility of policing their own for all types of wrongdoing, not just this one. It also means they can pursue their ‘two-witness’ rule to their heart’s content (one witness always being the victim him/herself, another perhaps a similar report of the same individual) without thwarting the interests of the State, which proceeds with different standards of proof.

If a crime is heinous enough, you want somebody to go to jail for it. But we are routinely reading of persons exonerated and released from prison after doing decades of time, convicted over ‘proof’ less strenuous than ‘two-witness’ and finding justice only with the advent of new DNA evidence. That is why Witnesses are not in a hurry to abandon the two-witness standard, a biblical principle which, until recently, was bedrock to Western law. But again, with universal reporting law, it all becomes superfluous. Both can pursue their own missions, neither thwarting the other.

Jehovah’s Witnesses will be happy with this development, I predict. It is a win-win. 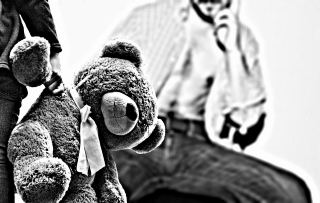 As far as I understood this case, the two elders did not report it as they should have, hence, why their congregation was fined (not the organization). So it appears that the ruling was fair.

Three things I think are important to know:

1) The right person(s) were held responsible.

2) This was a fine, paid to the state — not an award paid to a victim.

3) Paying the fine results in the civil case being dismissed WITH prejudice.

So I don’t see why this would be an issue among anyone, either.