From the final chapter of Tom Irregardless and Me, the chapter in which I try to tie up many loose ends, I threw in this little snippet: "Brother Lett gave a talk in the Ministry School and was given a ‘W’ (work) for gestures. Surely if he applies himself he can learn to be more expressive!”

It is almost like what they said about Jesus, though not with the same degree of admiration: “Never has another man spoken like this.” As one brother put it: "Let no one ever think that Jehovah's organization uses paid actors.”

Witnesses love this guy. He KNOWS he is nutty and he builds upon it as a strength rather get all bashful over it. If I had any doubt about that, it was erased at the behind-the-scenes broadcast that explained how such broadcasts are produced. As he is beaming in the chair and assistants are dabbing him with make-up, the voice-over (his) says that the final step is to apply make-up to the host so that he “looks his best!” He knows he is a nut. A guy that knows how not to take himself too seriously is a precious guy to have around. There are far too many people who do not suffer fools gladly – and a fool is anyone who disagrees with him.

That Lett is not one of them affords him huge respect in my eyes. It’s not so much where you are but how far you have come. When a Christian Life and Ministry program suggested that we think of brothers we appreciate, I picked two not commonly recognized. They are both from a pronounced socially awkward background, and they both have overcome it to serve capably in roles that anyone would have previously thought were forevermore beyond them. They are not “heavy hitters,” in my view, and probably never will be, but they are solid and respected. In an age where elders seldom have to give talks but just use discernment in applying Q&A sessions and though personal interactions, it is enough.

What does Jesus three times tell Peter, recently returned from one of the greatest failures in history? “Feed my little sheep.” It is not your stellar brilliance that is going to make you most effective in doing that. It is the love that you show, and Lett shows it in spades.

In the August broadcast, he gives one of the most ridiculously over-the-top illustration that I have ever heard, in which volunteers are supplied 2-inch brushes to paint the Kingdom Hall and everyone knows that is a crazy way to do it. On and on he goes about some grumbling that 4-inch brushes would make more sense, even six inch brushes, even rollers. And why not go all the way and rent a spray painter? Or hire a contractor? And, come to think of it, someone else grouses, the Kingdom Hall doesn’t need painting in the first place. Furthermore, Lett almost makes this the central issue before all creation, with God potentially saddened because the friends are bickering over the tiny brushes and the Devil is jumping for joy at their disunity, as though neither one of them really has much to do up there in heaven. (a brother at an assembly applied the analogy, a bit more fittingly, to Satan being unhappy about the decision baptismal candidates had made to dedicate their lives to God. But don’t worry about it, he went on to say, “He’s not usually happy.”)

Tempering this verdict of the illustration being ‘ridiculous’ is that Brother Lett admits from the start that it is over-the-top. It is an hyperbole, and the man himself is an hyperbole. And come to think of it, anyone familiar with the gospels knows that Jesus uses hyperbole all the time. Through their exaggeration, they have the advantage that anyone of common sense and unhardened heart instantly gets the point.

They also have the advantage that anyone ‘wise in their own eyes’ and too enamored with ‘critical thinking’ does not, and thus these people are sifted out. I begin to think that hyperbole is a tool in the toolbox that serves to fulfill Jesus’ words at Matthew 11, on how God has “hidden these things from the wise and intellectual ones and revealed them to babes,” and is even a way in which he “catches the wise in their own cunning,” the “wisdom of this world” being “foolishness” in his eyes. I mean, if the stuff is so great, show me the peaceful world it has collectively produced. Real wisdom should enable diverse people to overcome divisions and work smoothly together, and that is a sub-theme of Lett’s illustration.

You should have heard how some of these latter ones savaged him! ‘Classic JW thinking. So typically black and white.’ But just because there is black and white thinking does not mean some things are not black and white, and not long ago, a car group of sisters was rear-ended by a cop in an actual black and white because he was not single-mindedly focused upon his driving. It is possible to overthink things.

Though these are NOT the people that those of critical thinking pay any attention to, most persons in the world are quite simple, and thus so are Jehovah’s Witnesses, who draw disproportionately from this pool. One out of six persons in the world today cannot read. Do the wise ones of this system of things even know these people exist? The Watchtower produces simplified versions of material already written simply so as to reach them.

There is an apocryphal story that one of the Governing Body told Lett to “stop acting like an idiot.” It is impossible to know with apocryphal stories what are true and what are concocted. That said, as I close my eyes, I can see it, for the two are vastly different in presentation. Even that ‘mystery’ serves to beneficially separate people, as some dismiss it with a ‘who cares?’ and some obsess over it. It is not unlike when Rex Tillerson supposedly called Trump a moron and news media suspended all other activity to find out whether he really did or not, a quest that continued even after Tillerson himself called a news conference to say: “Back where I come from, we don’t have time for that nonsense.”

That is another way in which people are separated today. One person’s nonsense is another person’s manna.

[Edit: It turns out that Brother Lett has grappled with Bell's palsy, which paralizes facial muscles on the affected side, and as part of rehab, he got into the habit of exagerated facial movements, a habit that stuck, or is perhaps even still advisable. The elder telling me this said, when I pressed him, that he had it "on good authority." Knowing him, I rate it as probably a 90% chance. So you never know. You just don't. All the people saying nasty things about him are no doubt hanging their heads in shame just about now. Imagine! Calling such a man a nut! Who would ever do such a slanderous thing?] 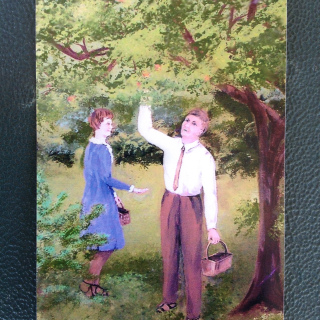 Posted at 09:29 AM in Governing Body, Organization | Permalink | Comments (0)