My Brother Does Nothing But Cheat

On my second turn, I scrabbled to make ‘records.’ But then my brother cheated to also scrabble and make ‘painter’ which tied the score, probably using an ordinary letter flipped over, trying to make me believe it was a blank. Never in our playing have two triple word score squares been exposed so soon. I took one to make ‘hair,’ mostly so that he could not use it. But then he cheated to take the second, making ‘pup,’ so I could not use it.

Through skillful playing I built up a significant lead. But then he cheated to put his ‘x’ on a triple letter tile, making a word both ways. It is amazing the damage such an unfair move can do, and with that underhanded technique, he almost closed the gap. I brilliantly surged ahead still more, showing magnificent command of ever-evolving language, employing that new-age flakey word ‘qi,’ which amazingly, can be pluralized. But then he cheated to put down a ‘v’ and make both ‘vet’ and ‘vid.’ Who would think that ‘vid’ is a word? It is so unfair.

By doing this, he deceitfully deprived me of the opportunity to use my ‘v’ in the same place, I had missed the move altogether while he was dishonestly distracting me, and I was stuck with the letter at the end.

Through such despicable methods, he actually came from behind to beat me, 368 to 364. It was a very sad day for truth and justice. 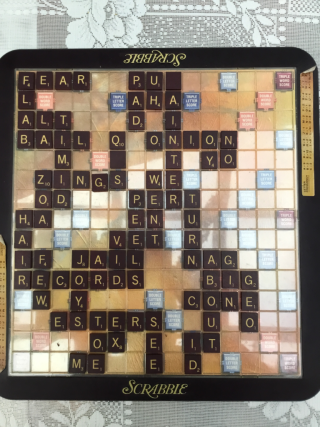 .I saw no need to snap the photo below, but then my wife reminded me of my brother. It is always hard Scrabble playing with him because he does nothing but cheat. Nonetheless I decisively thrashed him last night. The victory would have been greater were he not keeping score. 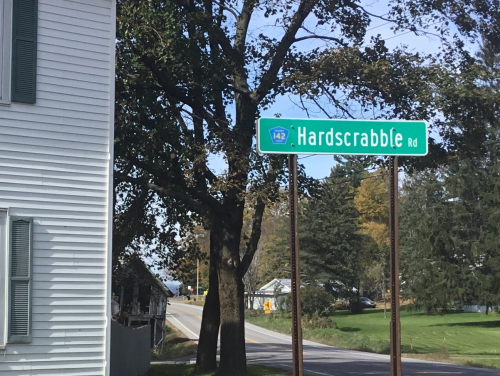 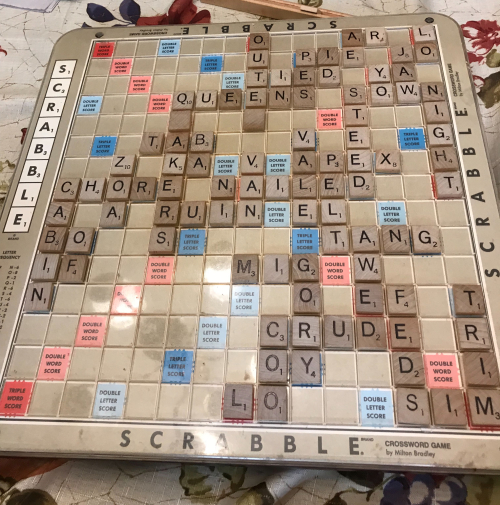 The last game was a truly rotten one. Nobody had good letters. Either they were all vowels or none.

If you add my wife’s score to mine, we easily crushed my loser brother last night. What a lousy player he is.

He jumped to an early huge lead, but then I almoooooost caught up—but not quite. It didn’t help that my wife would lob him softballs and he would lob me grenades.