Home Archives Profile Subscribe
The Man Just Likes to Restore Mustangs
Thomas Jefferson - "How Cheap a Price for the Good Will of Another."

Shocked at Any Time for No Reason at All

When the dog arrived at the house where it knows it can be shocked at any time for absolutely no reason at all, it rushed to see Jen, because it likes Jen. But then it decided it had seen Jen enough and went back into the car, atop it’s bed which had been brought along for the stay. I spilled it off the bed with difficulty when I pulled it from the car and it trotted down the driveway past the spot where it would have been shocked had its collar been on, thus indicating either it had learned nothing at all from the dog restraint system or that it was smarter than anybody might have figured, realizing that absent the collar, it is immune. It kept trotting down the road, as though it would trot all 30 miles home, but my sharp voice, made sharper at the approach of a car, made it pause, reconsider, and reluctantly return with tail shyly wagging.

This is not the usual dog restraint system, where you get too close to the buried wire and get zapped. This is one of the newer 'opposite' models, where you stray too far from the central transmitter and get zapped. Everyone feels bad that the dog is so scared of it and wonders how it happened. There is such as thing as properly acclimating a dog to the system, but it is very hard to believe that my friend would make any mistakes in that regard, because she never does. Maybe there is some quirk about the device itself.

At any rate, he acclimates. I am told he gets better and better. Picking up the dog, my wife and I always ask if it was any trouble. Our daughter’s friends invariably blow off the question as almost too stupid to ask. When I take the dog to the dog park, almost to the person people tell me how good natured he is. 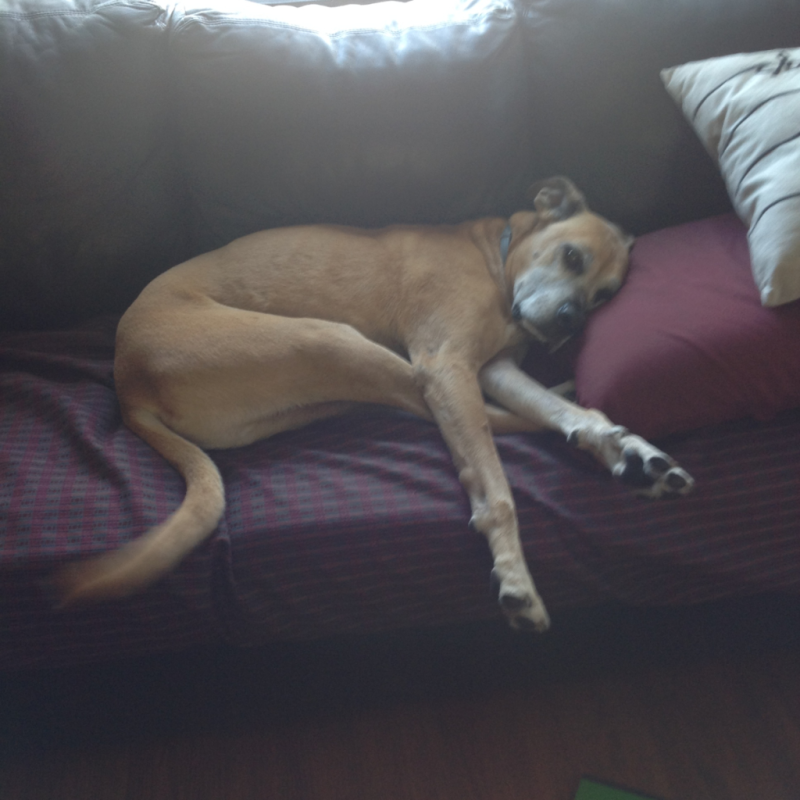