They Kick the Tires

I follow some malcontents on Twitter because they reliably inform me of developments I may want to address. If they wise up, I simply follow others, as there are many. But they don't wise up. In fact, many of them live to herald their "good news," almost as though they are JWs themselves

I don't do it for the purpose of engaging with them (though it has happened) and I don't consider myself above general counsel to not go there. I am chastened by such counsel and would be much worse without it.

I don't (somewhat) follow such counsel not to go there because I am afraid of men. I do it because I think it is good counsel. If you are determined to lose weight, you do not spend inordinate amounts of time with people who stuff their fridge with candy, cake and ice cream

Ever since inception, Christians have accepted, even embraced, the idea that theirs is a course of self-sacrifice and setting aside immediate desires in temporary pursuit of more urgent concerns. Along come some malcontents in a world that has cast off discipline (and suffered for it, imo)  who say: “Yikes! This involves self-sacrifice and setting aside immediate desires! Who wants that?”

I say, “bring it on.” It is a new front in the age-old war. It is no more than Paul saying in Philippians: “True, some are preaching the Christ out of envy and rivalry, but others out of goodwill. The latter are proclaiming the Christ out of love, for they know that I have been appointed to defend the good news; but the former do it out of contentiousness, not with a pure motive, for they are intending to create trouble for me in my prison bonds. With what result? Only that in every way, whether in pretense or in truth, Christ is being proclaimed, and I rejoice over this.”

I will concede that our people are behind the curve on this. Moreover, perhaps 'behind the curve' is exactly the place to be. The general counsel is to be like Jesus in Matthew 11, who noted that people lambasted him no matter what he did and responded by saying: Full speed ahead! ‘Wisdom is proved righteous by its works.’ I worry about being seen as a bad example, for looking back on the furrows. However, if the headship of Jehovah’s Witnesses ever puts their efforts into it, they will do what they have done with the Internet and what I wrote about in Tom Irregardless and Me:

“In recent years, the Watchtower organization even offers its own programming through a JW Broadcasting streaming channel, a refreshing and most unusual alternative to mainstream TV. Members of the Governing Body thus repeat the pattern they are known for with any new technology: They eye it with suspicion. They advise caution. They know that when the thief switches getaway cars, it is the thief you have to watch, not the dazzling features of the new car. They follow the thief for a time. Convinced at last that they still have a bead on him, they examine the car. They circle it warily, kicking the tires. At last satisfied, they jump in with both feet and put it to good uses its inventors could only have dreamed of.”

At present, they don't go there with opposers and they certainly will not ever go there in the main. There are too many verses to advise them to keep doing just what they are doing. When the elders said that they would like to use me once more, but - did I argue with apostates? I told them that I did not. However, what I do is close enough that it could easily be misconstrued that way, and so I advised that they really ought not use me in any actual privilege. Look, this is a no-brainer. If you would represent any organization in an appointed capacity, you must adhere to its standards more closely than if you do not represent them in an appointed capacity.

Once in a while, though, you spot three malcontents mugging your friend Job, and you try to be like Elihu and take them out - in one grand speech, not through give and take chitchat. Ideally, the heavens will roar approval and some angelic creature will descend to kick them in their behinds. But other times, they glance down from their newspapers, rustle the pages to change the picture, and resume. You don't know until you know. You don't get smart-alecky with the king and say: "Your fire won't singe us." You say: "If it to be our God can deliver us out of your hand, you big jerk." [last three words mine] Time will tell.

And every once in a while David comes along and says: "Look, I took out the bear. I did serious damage to the lion. I'm pretty sure I can take out this big lout taunting the battle lines of the living God."

Christianity is among the greatest themes of all time. Battling 'apostates' is one of the greatest themes within Christianity. There is not a New Testament writer who does not deal with it, even devoting entire chapters to it, and in Jude's case, a whole book. He was just be-bopping along, writing another dull letter that would have settled into the dustbin of Christian history, when:

"although I was making every effort to write you about the salvation we hold in common, I found it necessary to write you to urge you to put up a hard fight for the faithe that was once for all time delivered to the holy ones. My reason is that certain men have slipped in among you who were long ago appointed to this judgment by the Scriptures; they are ungodly men who turn the undeserved kindness of our God into an excuse for brazen conduct."

Admin is embarrassed that there are so many religious nuts on his forum. He wants them to remain, of course, because traffic means recognition and, ultimately, money, but just post on more learned things so that he can hold his head high among the Internet titans that he wants to hang out with. In fact, he should tell the Internet titans to go jump in the lake. By looking down upon the corporate agendas of faithful Christians, which they will invariably have the moment they move out from their parents' basement, he is missing out on the greatest drama of all time. 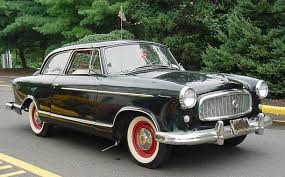