Home Archives Profile Subscribe
Shocked at Any Time for No Reason at All
One Step Closer to Dear Mr. Putin Print Version - Learning the Tricks of Sectioning

Thomas Jefferson - "How Cheap a Price for the Good Will of Another."

“I have mentioned good humor as one of the preservatives of our peace and tranquility. It is among the most effectual, and its effect is so well imitated and aided, artificially, by politeness that this also becomes an acquisition of first-rate value. In truth, politeness is artificial good humor; it covers the natural want of it, and ends by rendering habitual a substitute nearly equivalent to the real virtue. It is the practice of sacrificing to those whom we meet in society all the little conveniences and preferences which will gratify them, and deprive us of nothing worth a moment's consideration; it is the giving a pleasing and flattering turn to our expressions, which will conciliate others and make them pleased with us as well as themselves. How cheap a price for the good will of another! When this is in return for a rude thing said by another, it brings him to his senses, it mortifies and corrects him in the most salutory way, and places him at the feet of your good nature in the eyes of the company.

"But in stating prudential rules for our government in society I must not omit the important one of never entering into dispute or argument with another. I never saw an instance of one of two disputants convincing the other by argument. I have seen many, on their getting warm, becoming rude, and shooting one another. Conviction is the effect of our own dispassionate reasoning, either in solitude or weighing within ourselves, idspassionately, what we hear from others, made Doctor Franklin the most amiable of men in society "never to contradict anybody." If he was urged to announce an opinion, he did it rather by asking questions, as if for information, or by suggesting doubts. When I hear another express an opinion which is not mine, I say to myself, he has a right to his opinion, as I to mine; why should I question it? His error does me no injury, and shall I become a Don Quixote, to bring all men by force of argument to one opinion? If a fact be misstated, it is probable he is gratified by a belief in it, and I have no right to deprive him of the gratification. If he wants information, he will ask for it, and then I will give it in measured terms; but if he still believes his own story, and shows a desire to dispute the fact with me, I hear him and say nothing. It is his affair, not mine, if he prefers error.

"There are two classes of disputants most frequently to be met with among us. The first is of young students, just entered the threshold of science, with a first view of its outlines, not yet filled up with the details and modifications which a further progress would bring to their knowledge. The other consists of the ill-tempered & rude men in society, who have taken up a passion for politics. (Good humor and politeness never introduce into mixt society a question on which they foresee there will be a difference of opinion.) From both of those classes of diputants, my dear Jefferson, keep aloof as your owuld from the infected subjects of yellow fever or pestilence. Consider yourself, when with them, as among the patients of Bedlam, needing medical more than moral counsel. Be a listener only, keep within yourself, and endeavor to establish with yourself the habit of silence, especially on politics. In the fevered state of our country, no good can ever result from any attempt to set one of these fiery zealots to rights, either in fact or principle. They are determined as to the facts they will believe, and the opinions on which they will act. Get by them, therefore, as you would by an angry bull; it is not for a man of sense to dispute the road with such an animal.” 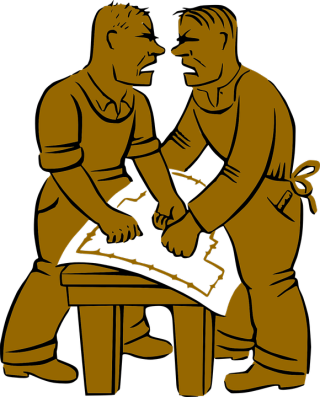 Posted at 10:20 PM in Human Relations, Presidents (US) and Statesmen | Permalink | Comments (0)