Who is a Cult? Just About Everybody, it Turns Out (Part 1)

Zealots find it irresistible to expand a negative word so that it will embrace those that they would like to see shamed, discredited, or punished. Often this makes the word all but meaningless. For example, the Economist of August 2009 observes that the current child sex abuser registries that they are so long as to be absolutely useless to law enforcement. They include teenagers who had sex with an underage girlfriends. They include persons who urinated in public, as well those who exposed themselves in public. None of those things are great, of course, but if you include them all on a master list with violent predators, you make it all but impossible to track the violent predators, which is the purpose of the list to begin with. Adding various levels of severity does not remedy things: people are preoccupied and sometimes obtuse, and can only work with uncluttered tools.

It is much the same with the word "cult." Time was when if you fell under the spell of a charismatic leader, withdrew from society, and did peculiar things, you just might be a member of a cult. These days the word is expanded so as to embrace peoples not popular. Just thinking outside of the box is enough to trigger it.

Steve Hassan, who goes by the Twitter handle "cultexpert," as developed what he calls the BITE model to describe the ingredients of a cult. Mr. Hassan used to kidnap those he thought were in cults so as to "deprogram" them. BITE is a model outlining the means by which one party can "control" another, though various techniques, some direct and some subtle. Each letter stands for something. There is Behavioral control, Information control, Thought control, and Emotional control. It is not a silly idea in its concept. It is silly in its overreaching application.

Most families are cults per this new definition, especially those conscious of a family reputation, and God forbid that any should still insist that members live up to a higher standard. “If everyone jumped off a cliff, would you jump off, too?” It was once the statement of everyone’s mother. Now it has become the words of a cult leader. "What’s wrong with ‘everyone else?' Why are you making out as though you are better than they?” And if a family head maintains standards of discipline – that would appear to be a sure red flag. Who is he or she to seek to control persons that way?

Nations are certainly cults by this new definition. Any military organization is. National sacrifice, long thought laudable, is out of the question today by those intent on avoiding the modern cult label. “Ask not what your country can do for you; ask what you can do for your country,” are the noble words of former U. S. President John F Kennedy. They are the words of a cult leader today.

In the case of Jehovah’s Witnesses, a group whom the anti-cultists have included in their revised definition, members voluntarily sign on to a program that reinforces goals they have already chosen. Sometimes it is not enough to declare an intention to diet. You must also padlock the fridge. It is not an infringement of freedom to those who have willingly signed aboard. They are always free to diet some place where they do not padlock the fridge if they think that will work for them. Experience shows, however, that not padlocking the fridge results in hefty people. All one need do is ask them.  Not everyone has extraordinary willpower.

If people want to padlock the fridge but they can’t do it because the BITE people say that course is "controlling" and they afterwards pack on the weight that they wanted to avoid, how is that not a violation of their individual rights? The BITE model is based upon a greatly naïve view of human nature, one that is contraindicated at every turn. To switch from food to morality, no group has been able to maintain its deeply-held moral values without members acquiescing to some of the "control" mechanisms that trigger BITE alerts.

The book 'Secular Faith - How Culture Has Trumped Religion in American Politics' attempts to reassure its secular audience through examining the changing moral stands of churches on five key issues. The book points out that today's church members have more in common with atheists than they do with members of their own denominations of decades past. Essentially, the reassurance to those who would mold societal views is: 'Don't worry about it. They will come around. They always do. It may take a bit longer, but it is inevitable.' Jehovah's Witnesses have not come around. Can internal discipline not be a factor? If you have signed on to a model, as Jehovah's Witnesses have, that says Bible counsel works best as guidance in life, you do not want to see it so easily molded by contemporary society. "Tossed about as by waves and carried here and there by the trickery of men," is how Paul puts it at Ephesians 4:14

One tweet from the BITE-man invited all to hear his upcoming podcast, in which he tells how Trump is like a cult leader. When you think half the country has fallen victim to cult manipulation, is it not evidence that you have drunk too much of the Kool-Aid yourself? 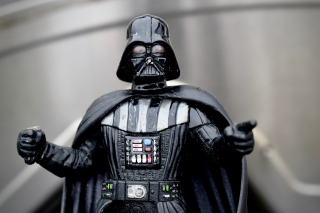