Home Archives Profile Subscribe
I'll Stay Where There is a Measure of Sanity
Did the Watchtower Give Women Bad Advice?

I got my Mr. Mustard pin because I was the first to show up, with my party of four. I chatted a little with the band, not too much, just a few words, because they were tuning up and I did not want to be responsible for a lousy concert because they had failed to tune up.

I set up our chairs, and then we took off to see the other sights of tiny Honeoye, such as the spectacular view of the lake from the Harriet Hollister State Recreation area. Surely, our visiting friends would like the Mr. Mustard Beatles tribute band as much as we had 5 days before. Though the audience was to be tiny compared to the prior show in a much larger facility, I liked this concert more. It had more of a ‘hoedown’ air about it, the five guys on the town gazebo.

Honeoye concerts start surprisingly late, at 7 PM. This time of year, it means darkness falls during, and the guys soon enough said they could only see silhouettes, nothing more, so the audience should make noise, which they did. Then someone figured that waving flashlight trick with the smart phones, which many did but not me because I don’t know how to use that feature.

The second person to get a Mr. Mustard pin was a woman with a dozen years on me, no spring chicken, even more than I am no spring chicken. Whoa, you should have seen her shake it. When she got up for a second time, I checked with HQ, then with her husband who said “Go ahead, I can’t keep up with her,” and joined her in bouncing. Presently, my wife and several others all scooted up to the front and jumped in, sort of a group hop.

They don’t dress like the Beatles or pretend to be them. Their website says they have enough hair between them to make up one Beatle. The instrumentals are near perfect, and the vocal timbre is surprisingly close and seems to improve as the show goes on, as the five (not four) faithfully replay Beatles tunes old and new. They hiccupped with the opening vocals of Paperback Writer (which I should have sung because I, too, want to be one), but that was the only blemish that I heard. Got to Get You Into My Life, the only Beatles song with french horns more than made up for it. They do the flipside medley of Abbey Road. Come to think of it, though, I have never actually heard them do their namesake, Mean Mr. Mustard.

Two or three times one of the guys even did his own Ed Sullivan voice, as though he was Ed himself introducing the boys. They took note of a kid in the audience who was most attentive and for the final encore song, let him sing the lead to “When I Saw Her Standing There.” Presumably someone was ready to turn down the mike in case he was horrible. Instead, he turned out to be a highlight of the show, with vocals as strong as any one of the guys. The guys are great fun, highly recommended. Most of those there are old-timers reliving the music that they grew up with. Still, the liveliest one in the dance area was a teenage girl, hopping more energetically than everyone else put together.

The meme around here, for those who know me, involves my daughter’s dog, who we care for right now, and whose purpose in life is to chase cats. The guys will not use these lyrics because the audience would stone them for it. Besides, they are mine. Still, if they offer to serve as backup, maybe someday I will sing ‘With a Little Help from You Chumps.’ (sung to the tune of ‘With a Little Help from My Friends’)

What would you do if I swallowed your cat?

Would you stand up and walk out on me.

Give me a break, it was juicy and fat.

You should take it not so personally.

Please understand when I bark you should jump.

How do you feel when you’re left by yourself?

What do you see on the counter or shelf?

Please understand when I bark you should jump.

Do you need anybody?

I just need someone naïve.

Could it be anybody?

So long as he is naïve.

Would you believe they’ll catch on to your tricks?

How do you know they won’t give you the slip?

‘Cause they’re stupid, and their heart is mine.

Oh, understand when I bark you should jump. 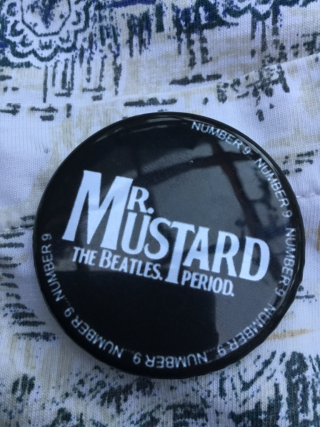