Home Archives Profile Subscribe
Climate Change and Global Warming: To Be or Not to Be?
Kavenaugh Plays His Trump Card: He Was a Virgin!

Bills Win in Wisconsin! (Um...Minnesota, That Is)

The Bills went down 47-3 and @AdamChodak said ‘Opening day jitters.’ Next game they also went down, looking mighty sloppy, and he just shook his head. Next week they trounced a supposedly much better team and he said ‘We’re going to the Super Bowl.’ He said this because he remembers, as do all Western New Yorkers who are old enough, when the Bills actually did go to the Super Bowl four times in a row (and got beat each time). On one of those drives to the Bowl, they overcame something like a 30 point deficit at half time to win.

Someone from the Bills (a dumbbill) had tweeted a map captioned ‘We’ve arrived in Minnesota’ only the arrow pointed to Wisconsin.’ ‘Um, we play in the other Minnesota’ the Vikings replied. ‘Good thing we found the right Minnesota’ the Bills said after trouncing them. It was all a Clever Deception, like in the Galaxy Quest movie. During that game Adam tweeted: 'I bet no one is going to quit during his half time.' He said this because somebody did from the previous game. He just walked off the field and said 'That's it. I've retired. I don't mean to disrespect anybody, but I'm outta here.' It has never happened before. 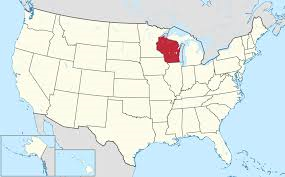 That same Bills-over-Vikings day Tiger Woods won his first tournament in five years. Everybody loves a story of redemption, and crowds swarmed around him like the messiah on the eighteenth. Adam tweeted that he imagined people did that toward their televisions whenever he was about to come on for the 11 PM news. He promised to devote a large part of the upcoming show to the Bills' improbable victory. 'In that case you may get your Tiger Woods onrush,' I tweeted back. he liked that one, as he does others from time to time. I don't know which Bills' character is more fun to watch: Allen, Milano, McDermott, or Chodak.

They asked some Bill how his team could rebound from a 55 point deficit over two games to stomp the Minnesota team into the ground. 'Funny how those things happen,' he said. The new quarterback (he's only 22) looked awfully good. He didn't sulk when he was passed over on opening day. He has a charisma about him. He managed to persuade all that nobody was especially put off over the last two drubbings. 'We're a tight team and we're trusting what coach McDermott is doing for us and doing with us, so that's it. We're trusting the process that's been put in front of us and we're working hard and just trying to improve everyday,' he said.

Adam Chodak is the TV8 newsman who was raised in the area and intertwines himself into local doings. He secures interviews with the newsmakers. Following those first two losses, he tweeted his gratitude that there is an end zone to stop drives of the offense. ‘Were it not for that, they would be stomping through your studio about now,’ I replied. He liked that one, too.

He is the one who presents the Golden Apple Award weekly to some teacher the kids have recommended. Someday, I tweeted, he is going to act upon faulty intelligence (hmm - maybe that can be my next project) and he will enter the classroom with cameras 'a blazing only to encounter some dragon who will tell him to sit down, shut up, pay attention, and raise his hand if he has anything to say.