Home Archives Profile Subscribe
At the Beatles Tribute Mr. Mustard Concert
The Serena Williams Child Does Not Do Birthdays. Part 2

It is ever the pitfall of zealots that they are so eager to prove a point that, in their haste, they will grab something that proves just the opposite, yet continue to gloat as though have found the smoking gun. Such was the case when atheists at Friendly Atheist tore their hair out over “some truly horrific advice to women in abusive relationships,” from the December 2018 Watchtower magazine. They were to stay in them no matter what!

Well, that does sound truly horrific and there were many who immediately condemned the scoundrels who would give such a vile command. Others went to the article first, where they discovered that it says nothing of the sort.

Isn’t this just atheists depriving women of the right to choose? It is ironic because they generally claim to be champions of that right. The article makes clear that a woman always has a choice, that she need not be railroaded into an action just because it is societally popular.

Some leave amidst these very trying circumstances. Some stay. Either action works from the congregation’s point of view. They have the right to choose. How is that the Watchtower ‘urging them to stay with an abusive mate no matter what,’ the accusation of the atheists? If a woman wants to try to salvage a marriage, what business is that of theirs? It may be an unwise decision, or it may be the best decision she ever made, but either way, it is her decision.

Given the staggering cost of family breakup, emotional, mental, financial, and long-lasting damage to the kids, if a woman decides to stick it out more than athiests approve, with a view towards salvage, who is to say she is crazy? Possibly reading this post are veterans of two, three, four, or more failed relationships who wish they had put more effort into a given one. If she pulls it off, she has gained something very good.

These are not short-term hookings-up that we are speaking of, latching on to some loser that you cut loose as soon as you see what he is. These are marriages of years or decades’ duration. In some cases, they never used to be abusive but they have become so due to who knows what factors? Dignify the woman as having the judgement to decide, based upon history, pressures affecting her man, and factors only she might know, as to whether he should be jettisoned or not.  If the lout has to go, he goes. Just don’t let some third party push you into it. The choice is always hers.

It is as though the grumblers cheer at the breakup of a marriage, oblivious to the damage left in its wake. It is as though they would prevent one from trying to repair theirs. Let her try if she wants to, or even put up with one far from ideal, if that be her choice. Sometimes when you are between a rock and a hard place, you don’t assume or let the atheists tell you that the hard place is really a bed of roses. It isn't always that way. I mean, it is not exactly as they will be around to repair the damage, is it?

Okay, granted, they like marriage over there in the Jehovah’s Witness world. Until fairly recently, everybody did, and considered family the bedrock of society. Witnesses consider it a divine institution. That doesn’t mean others have to, but surely it means Witness women should be allowed to. They let their view be bound by biblical injunctions. Adultery is the one acceptable ground for ending a marriage, but even then, it does not have to be; it is always possible for the innocent mate to exercise his or her right of choice and forgiveness.

Several decades ago the Witness organization took note, as did all of society, of the increasingly visible ne’er-do-wells who, while they might not be unfaithful, were nonetheless ugly to live with. It took another look at 1 Corinthians 7, a chapter that deals with marital matters, and sometimes people are surprised at how it says a husband and wife both owe each other sex (no, not ‘on demand’ – don’t even go there) and should not be depriving the other of it. Specifically, they looked at verses 12 and 13: “If any brother has an unbelieving wife and she is agreeable to staying with him, let him not leave her; and if a woman has an unbelieving husband and he is agreeable to staying with her, let her not leave her husband.” 'Maybe a marriage mate’s conduct says he is ‘not agreeable,’ regardless of what his words say,' they reasoned.

For some time, therefore the guidance for women (or men) in not-so-hot marriages is that there are three conditions that any one of which might justify separation sans tongues clucking: if there is extreme physical abuse, if there is willful non-support, and if there is absolute endangerment of spirituality. It is at once apparent that much in is the eye of the beholder, so from time to time Watchtower publications revisit the subject, so that congregation members are guided by what they signed on for in the first place, and not unduly influenced by what is all the rage elsewhere. If the bad egg must be fried, let him fry. A woman always has that right. But she needn’t feel railroaded into that choice by a flood of outside pressure.

Any Witness woman knows this, because she has read and considered the entire article, not just the cherry-picked paragraph, and she has taken into account how it fits into her overall framework of knowledge. You almost begin to think what causes the steam to emit from atheist ears is another possible benefit of the woman’s forsaking her right to leave: Maybe the ‘unbelieving’ husband will become a believing one. How is that a bad thing?  If the guy makes it as a Jehovah's Witness, he will have made significant inroads against what makes him such a loser in the first place. 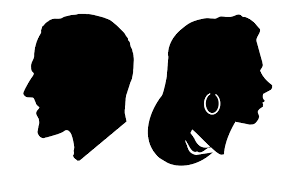 Posted at 11:48 AM in Family Life, Opposers | Permalink