No Need to Read Anything Into this Post. Good Luck if You Do. It is Just Me Playing

Call me Ishmael. For many years I sailed onboard the Pequod with the crazed Captain Rookoo in his maniacal search for Moby Geddon.

"Captain, whale sighting dead ahead!" seawoman Anna shouted out. "Maybe you're wrong!" Rookoo muttered and shoved her so violently that she toppled overboard, petticoats all aflutter.

"Captain Rookoo," seaman Gabworthy stated. "My calculations indicate a 78% probability of the while whale's proximity within 23 cubits. Of course, accuracy is necessary, but if you triumverate the trifecta intersect, the conclusion is justified. Look, if you will, at page 673 of 'Nautical Nocturnal Habits of Northern Hemisphere Mammals' that I brought from my private library, which along with others, explains why the entire ship lists six degrees. It clearly indicates (see chart) that...."

"Gag this fellow, and get him out of my sight!" roared Rookoo.

Moby Geddon breached and the consequent splash soaked every square inch of the vessel. "Captain!" seaman Dorsal shouted, "I sense the whale is near!" "Liar!" Rookoo shouted. "Throw him in irons below!"

Moby Geddon breached again and this time its tail caught the stern of the Pequod and spun it like a pinwheel. "Captain!" seaman Whitepebble cried, "Surely the whale is near!"

"Throw him to the sharks for calling me Shirly!" Rookoo bellowed. "I'll have respect here, do you hear?!"

"Now hear this, you scurvy dogs! I have a great job offer in Port Pogo, the best I've ever had, and I mean to get there straightaway. Don't cross me, or I'll have you walk the plank like I did seaman French and Kiss long ago!"

Perched high up in the mainsail crowsnest of the good ship PequodRedux, crewman Jack gazed at the horizon.

”Look sharp, up there,” First Mate Rookoo bellowed, “but not too sharp! I’m enjoying the best meal I ever had down here in the Pogo galley. Don’t screw it up!”

“Belay that order!” Captain Dorsal roared. “Keep on the watch up there! The dreaded pirate ship TerribleA is in these waters, trying to catch us with our pants down!”

”Yeah, whatever,” crewman Jack replied, as he removed his pants on account of the blistering heat. “This ‘keep on the watch’ stuff can be overdone. I’ll spot the TerribleA when its bow crashes through the deck and pinches my toes!”

“Aye, look ye sharp up there, Jack, for the approaching ship TerribleA! She’s out there! Oh yes, she’s out there!” ordered Captain Dorsal.

“But I forgot what I was supposed to do,” whined Jack.

”Very well, me lad. I’ll send Second Mate Gabworthy up there to give you some pointers about what to look out for.”

But it was too late. Second Mate Gabworthy joined him aloft, with his reassuring manner, he having sailed in the old days with Captain French and Captain Mustard. Aye, Gabworthy was his usual pithy self when he put his arm around the inexperienced sailor, and gave him some reminders, which ran pages and pages and pages. 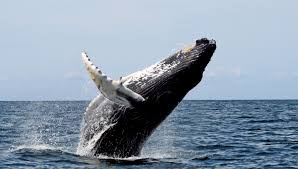