Home Archives Profile Subscribe
A Thirty-Three Tweet Review of Stephen King's On Writing
Is It Time for Jehovah's Witnesses to Apologize? Part 3

From Boonville New York, we pressed on toward Lowville, through the Tug Hill Plateau. I told the man at the co-op that I had never before been in Lowville, saying it with a long ‘o’ immediately before hearing the radio announcer say it with a short ‘o.’ T

hey never seem to get around to changing the signs in the small towns. With patience you can still find Texaco signs and Esso signs. Here is the iconic Maytag repairman sign. The poor fellow is bored out of his mind because the machines are so reliable that he has nothing to do. Unfortunately, he is breaking his back these days because the company was subsequently sold and the current products are no different than anyone else's. 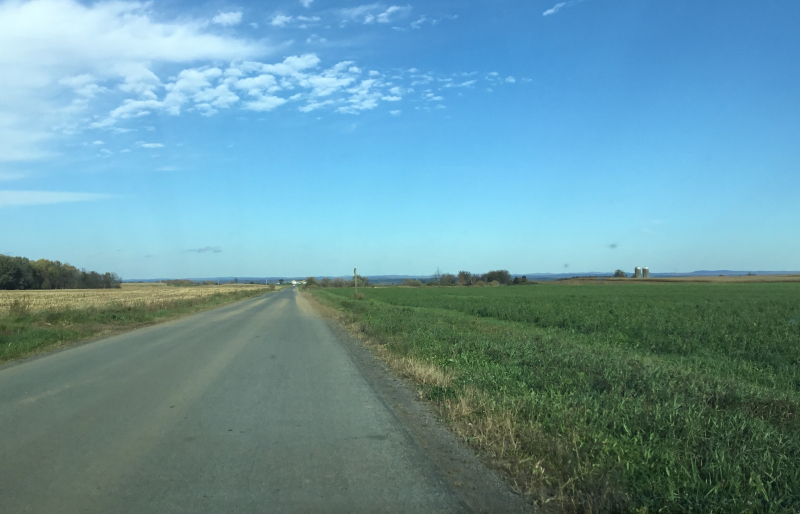 Does the Tug Hill plateau area resemble a plateau because I already know the name, or does it actually resemble a plateau? It is a hardscrabble place that looks mighty wind-beaten. Many homes exposed to the elements are the worse for wear. The name Tug Hill pops up from time to time whenever local weatherman points out that, once again, the area has been buried in snow, and aren't you glad you don’t live there. The westerly wintery winds traverse the lake lengthwise and those living on the plateau at the eastern end haven’t a snowball's chance in tug hell.

Where does that name come from anyhow – Tug Hill? It is a strange one, to say the least. Somehow it is not surprising to encounter more than the usual number of windmills on the roads from Lowville to Pulaski. They are generating power, and as such, they are good, I guess, but they sure do evoke an image from War of the Worlds. The land is not good for farming and it is not even a true plateau. It is a cuesta, composed of sedimentary rock that tips up on one edge, rising from 350 feet on the west to 2000 feet on the east. Winter snowfalls have been described as among “the most intense storms in the world,” per a Syracuse.com source. 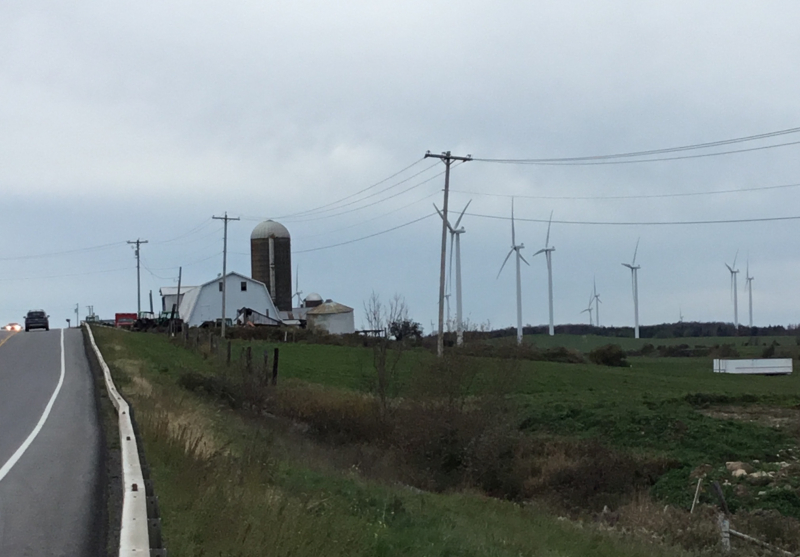 There is a State Park just south of Lowville, the Whetstone Gulf State Park. I had never heard of this one, and although it was closed for the season, we drove the road just to see what we had missed. There is a creek that rounds a bend and a beach for swimming is on its outer bank. And there are a few hiking trails, the kiosk sign informing that no one is to start on them after 3PM. This is a warning I have not seen elsewhere, and it was as though to say that the untamed Tug Hill might easily swallow one alive and it would be far too dangerous to send in a rescue party after dusk.

As darkness fell, we lost interest in exploring. We had to get back to Rochester that evening to pick up the dog from my daughter’s friends who were watching it. We grabbed a meal at a fajita restaurant while passing through Oswego, dining with the college kids, and when we arrived home, the dogsitters told us the mutt had grabbed half a banana bread perched high on the counter, but not high enough, and had devoured it, tin foil and all.