A Developing World at the Mercy of Rationalism

At first, following the financial markets crash of 2008, it appeared that the countries suffering the most would be the “guilty” countries: the ones whose banks invented the super leveraged credit default swaps and collateralized debt obligations—the ones whose governments and citizens were head over heels in debt—the ones whose people had replaced the Bible with Consumer Reports. “Responsible” countries, those operating a surplus, whose citizens were frugal, such as China, Japan, and Germany, would emerge relatively unscathed. Ah, but it was not to be! The latter countries have suffered as much or more. Their strong balance sheet comes from exports, and now who remains to buy their goods?

But the really innocent countries, countries of the developing world, fare the worst by far. There, the downturn doesn’t mean tarnished golden years. It means lives lost. Seldom are cause and effect linked so clearly. Most often there is sufficient disconnect so that the connivers on top can remain oblivious to the havoc they wreak below. But not this time.

Economist this week considers the plight of Africa, (The Toxins Trickle Downward, March 14, 2009) where in recent years, millions have inched their way above the poverty line, only to be shoved firmly beneath it again. Such countries are impacted in three ways: 1) credit market are closed to them, as they are riskier borrowers, and financial aid from wealthier countries wither, 2) commodity prices have collapsed, and commodities are usually their primary exports, and 3) remittances from citizens working abroad have dried up. The World Bank reckons these three factors will account for 200,000 - 400,000 lives lost, all children.

It is rare that the failure of human rule is shown in such stark relief, with consequences so directly traceable. How damnnable that people nonetheless prefer it to God’s rulership as outlined in the Bible, as advertised by his Witnesses, and as practiced by the Christian organization. Here is an excerpt from someone who has left God—our God, no less, Jehovah, to embrace atheism. He gushes effusively about his new “rational worldview:”

“Rationalism for me means a life of pure freedom...But this means that this life that you’re living now is the most precious thing you’ll ever have....Because there is no Big Daddy to appease or suck up to, or be afraid of, you should be nice to people because it’s nice! You should treat people like you want to be treated! You should not steal or murder because it hurts people, and hurting people is wrong. Always. No one needs a god to tell them this...

“Being a rationalist...if you say something irrational or realize the error in your own thoughts, a red flag immediately raises....rationalism is a worldview with no drawbacks, and only positives. It encourages honesty and truth...It promotes interest in the common good...”

How lofty and soaring the words sound! How much rubbish they are in reality! As the example of developing countries shows, people use their “pure freedom,” to grind others into the dirt, and not to “treat people like you want to be treated!” (an exclamation mark, no less—oh, the joys of rationalism!) They are not “nice to people.” They “hurt people,” two to four hundred thousand of them, even though “hurting people is wrong.” Plainly, we do need a “big Daddy to appease” and a “god to tell” us how to live.

If you had had a son or daughter high up in the banking world, who was devising the complex financial instruments that would ultimately ruin us all, you would have carried on about how well junior was doing for himself, how respected he was in the business world, and so forth. Even experts in the field had not a clue they were playing with dynamite; if they had, they would have cashed out their investments before the markets plunged.

The fact is that humans were not designed to rule themselves. It’s an ability they do not have. Whether through greed, ignorance, pride, or some mix of the three, the record of human rule aptly illustrates Jeremiah’s words: “I well know, O Jehovah, that to earthling man his way does not belong. It does not belong to man who is walking even to direct his step.”   (Jeremiah 10:23)

Today, the organization of Jehovah’s Witnesses govern its affairs in accord with Bible principles, which provides a hopeful foregleam of life under God’s kingdom rule. It is well known that racial and tribal divisions—the ones tearing apart the world—utterly fail to divide Jehovah’s Witnesses. It is well known that when natural disaster strikes, teams of volunteers promptly care for their own, rebuilding homes while governments are yet ascertaining the damage. It’s well known that Kingdom Halls in the developing world are often the most impressive building in town, far more than what the locals could afford on their own—due to a sharing of resources and building talent from wealthier countries.

All this provided through an organization which counsels, which directs, which disciplines its own, which insists on members living by Bible principles. Malcontents, such as one may find online, launch blistering attacks at this, for it seems to impede their freedom, and this they will not tolerate, even in trivial matters. But Witnesses’s “economy” works to the good of developing countries, rather than trampling them underfoot. (March 2009) 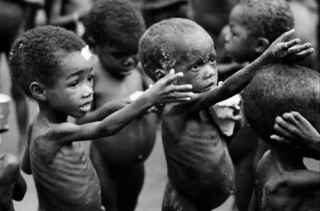 Posted at 12:58 PM in Evil and Suffering, TrueTom vs the Apostates | Permalink | Comments (0)