Home Archives Profile Subscribe
Are We Looking at Encouragement to Commit Insurance Fraud? Part 2
Hey Guys, Sorry About That Mother of all Lies

Are We Looking at Encouragement to Commit Insurance Fraud? Part 1

There was a series of tweets from former Jehovah’s Witnesses hoping to stir up discontent with present ones. The politics involved are likely not of interest to the general reader, so I pass over it here. Suffice it to say that it is that way.

It turns out that when the Watchtower organization oversees disaster relief, they afterwards suggest to ones that happen to have insurance that they might donate whatever insurance pays out to the Worldwide Work relief fund itself. Why this should infuriate the ex-Witnesses I’ll never know but infuriate them it does. Does it not seem only right that those who shell out assets for disaster rebuild should receive whatever insurance monies may be forthcoming? I could be wrong, but I suspect insurance companies love it that way; the work gets down promptly and without haggling over amount. However, the more important question to be raised is: If the Watchtower doesn’t get the insurance money, who does? The more I looked at these tweets the more I came to feel that I was looking at encouragement to commit insurance fraud.

With that backdrop, here are some of the tweets. I have excluded irrelevant ones as well as those from opposers calling me an a*****e. Apparently, a recent shipment of relief supplies was destroyed, and that shall serve as introduction to the topic. I will reproduce a few tweets which may or may not interest the reader, all in italics, and then return to the main point. I am TTH. Others I will refer to by their initials. Everything is captured in screenshots.

EDL: The donations from local Jehovah’s Witnesses caught fire - but the article fails to mention that JW donations and disaster relief is ONLY ever for other JWs.  JWs only support their local community by preaching to them, never with practical help.

TTH: Yes. They cannot do everyone because they are near exclusively volunteers using vacation time. The best they can do is set an example for others to imitate so that they will not be beholden to astronomically wasteful agencies.

CF: Interestingly enough, WT usually pressure any JW’s they help to “donate” the insurance payout they get back to WT to “thank” them.

TTH: ‘Pressure’ is a subjective term. However, if they do the work voluntarily at no cost, that certainly would not be an inappropriate way to acknowledge it. Many people have no insurance at all, especially in the case of flooding. Reimbursement is something immaterial to JWs. They do not check beforehand.

SL: Agreed, the WT does not do the work on the understanding the insurance cash will come their way…

For a brief moment, I thought I had found an ally, but it was not so:

SL: I’ve given up my time in my JW past to do this work and it’s lovely to feel you are helping someone in need.  In my experience few, if any, feel the need to solicit thanks from a victim of disaster let alone “suggest” the insurance money comes one’s way.

CF: To clarify - it’s not the individual JW’s helping who do this. It’s something that happens afterward, organized via the branch and handled by the elders. Most JW volunteers never even know this has happened. JR is putting together an article that exposes multiple instances of WT leaning on JW’s after a relief effort to hand over the insurance money.

I was getting a little fed up at this point. In three tweets combined, I said:

TTH: Tell him to not ignore the end result: distressed persons quickly having life & property restored, vs waiting weeks or months for relief that will only come if they are adequately insured, insurers sometimes being known to weasel out of satisfactory coverage.

TTH: Tell him also to spotlight the atheist and opposer agencies that do the same for their people so that those ones do not find themselves sh*t out of luck when insurance or build execution proves inadequate.

TTH: And make sure he tells of the premier agency in the Haiti earthquake, squandering practically to the penny the half billion dollars donated. [I linked to a Propublica article detailing breathtaking incompetence in America’s chief relief agency, and (alas) even exaggerated some, for they didn’t waste all of it, just most of it.] I am looking forward to this article, confident JR will not forget these things.

The former Witnesses turned bitter opponents work tirelessly to stir up discontent in those loyal. They do a great deal of inter-opponent chat, but present Witnesses are their target audience. While the Watchtower organization may well afterwards make the suggestion, I doubt very much that they “pressure” anyone because the idea of simply pocketing both donated work AND insurance payment would never occur to most Witnesses. And even if they were to “pressure” anyone, it would clearly be for their own good; otherwise they would be committing insurance fraud, and the insurance companies are very good at sniffing such things out.

Say they succeed in finding some Witnesses who are outraged that the Watchtower Society should mention money after they have restored a person’s life. What are they recommending these ones do? Are they recommending that they say to their Christian brothers, who are generally on the scene long before relief comes through any other avenue: “Brothers, no. Don’t bother. I am afraid that the organization may afterwards mention money. I will wait instead for the insurance company to pay and hope that the amount is enough to restore what I have lost and that when the harried contractors at last get around to rebuilding they will not in their haste do a half-assed job.” I don’t think so.

I have never heard that advice from these characters or anything even approaching that. What the opposers appear to be doing is encouraging disgruntled ones, if they can find any, to accept the organized help of Jehovah’s Witnesses and then refuse any suggestion that they sign over an insurance check. What, then, will they do with the insurance money? Give it back to the insurance company? Again, I don’t think so. Why have they been paying premiums for all these years? No, they are encouraging them to keep the money, perhaps thereafter to spend on a new car, overseas vacation, or college tuition.

Look, this may be an overgeneralization, but this illustrates exactly why people who are Jehovah’s Witnesses should think twice before they leave the faith. I see these former Witnesses on Twitter. Some excoriate Trump and some excoriate Obama. They once had unity. Moreover, they cavalierly float an idea that would shock most Witnesses: Take the money and run. What is wrong with these characters? I mean, who would propose repaying the work of volunteer rebuilders with closed fists, and who would propose chiseling the insurance company out of their money at the same time? There is such a thing as hating so much as to lose all decency. My bet is that when insurance companies do sign over checks to the Watchtower, they find it a pure joy, knowing well how difficult customers can be under the pressure that disaster brings upon them.

Possibly what they are advocating is not illegal. The more I think about it, the more I think that is so. Perhaps it is just astonishing mean and ungrateful. Either way they look extremely small as they focus their unreasoning hatred to cripple the most effective disaster relief program the world has seen.

See Are We Looking at Encouragement to Commit Insurance Fraud? Part 2 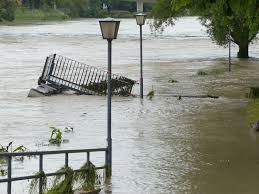 Posted at 10:08 AM in Natural Disasters, TrueTom vs the Apostates | Permalink | Comments (0)