There is a line from a review of the ‘Apostasy’ movie that says, “Alex thumbs a pamphlet of ‘kids who died for Jehovah,’ knowing that she might have to do the same.” Now, I know my Watchtower publications pretty well and the only one I can think of that could be characterized this way is an Awake magazine from the 1990s. Possibly it was later included into some sort of brochure format. I wrote about it in an excerpt from another blog post:

“I also thought it well to take a look at that May 1994 Awake quote which Matt uses to advance the notion JW youths are dropping like flies for their transfusion refusals: ‘In former times thousands of youths died for putting God first. They are still doing it, only today the drama is played out in hospitals and courtrooms, with blood transfusions the issue.’

“Not that I accuse Matt of anything devious. I’ve no doubt he used the quotation in good faith. It’s likely from a web source purporting to be informative, but in reality existing to denigrate a faith its author dislikes, trying to make Jehovah’s Witnesses look as fanatical as possible, and doing so for philosophical reasons, rather than anything having to do with medicine or lives. So, is the statement taken out of context or not?

“It’s a little difficult to tell, for there is no context. The quote is a one-line blurb on the magazine’s table of contents designed to pique interest in the articles to follow. The articles to follow describe the cases of five Witness youngsters in North America. Each was admitted into a hospital for aggressive cancer or leukemia. Each fought battles with hospitals, courts, and child welfare agencies determined to administer blood against the patient’s will. Each eventually prevailed in court, being recognized as “mature minors” with the right to decide upon their own treatment, though in two cases, a forced transfusion was given prior to that decision. Three of the children did die. Two lived. It is rather wrenching stuff, with court transcripts and statements of the children involved, and those of the participating doctors, lawyers, and judges. In no case do you get the sense that blood transfusions offered a permanent cure, only a possible prolonging of life, ideally long enough for some cure to be discovered. Medical science, frustrated at its inability to cure cancer, has lowered the bar as to what constitutes a cure. If symptoms vanish for so long as five years, the patient is considered cured. If symptoms thereafter return, that is thought be a new case of cancer and perhaps that, too, can be cured. One of the children, who did die, was told that blood would enable her to live only three to six months longer, during which time she might “do many things,” such as “visit Disney World.” There’s little here to suggest that “thousands of youths are dying for putting God first” who would otherwise live. Frankly, I think the quote is sloppily written. “They are still doing it,” says the quote. Doing what? Dying? Dying in the thousands? Or putting God first without regard for the immediate consequences?”

One of these children apparently “still doing it” was a fourteen-year-old from the Seattle area who, in 2007, refused further transfusions deemed crucial by his doctors, and did die. The news media picked up the story and gave it wide publicity, almost all of it unfavorable to the boy’s convictions. On my own blog, I posted the following, incorporating some of the points made above:

“…This post is to put things in perspective. It is what the boy would want, I am confident. He would not like to see his sincere religious conviction dragged through the mud by persons speaking from emotion, much less from staunch opposition to his convictions. That said, death of a young person is always tragic, no question about it. You can be sure he would have far rather lived. Yet people routinely put their lives on the line for any number of causes, and they are generally lauded as heroes for it, not deluded nuts. Which are they? Take the one who “gives his life for his country,” for example. Only some of that person’s own countrymen will think his death noble. Everyone else will conclude he died in vain.

“Don’t more youngsters die proportionately each year in high school sports than in refusing transfusions? Each year I read a few local examples of the former. I am not sure I would know any of the latter were it not for the news media relaying any such event around the globe. Does anyone think high school sports should be banned or it’s coaches judged accessories to ‘negligent homicide,’ as some bloggers thought would be appropriate for those who may have contributed to Dennis’ mindset?

“Dennis was 14. In just four years he’d be eligible for the military. For every youngster who has died via refusing a transfusion, there must be 10,000 who have died as combatants. Jehovah’s Witnesses don’t go to war. So not only do their 10,000 not die, but there are 10,000 others of all faiths who don’t die because there are no JW combatants to kill them. Does anyone think dying in one of the world’s never-ending skirmishes is more noble than dying in consequence of observing one’s religious conscience? If all persons refused transfusions, as Jehovah’s Witnesses do, and all persons refused to take part in war, as Jehovah’s Witnesses do, this would be on balance a far safer world.

“Look, death of any youngster in such circumstances pushes a lot of emotional buttons. I understand that. But the hard fact is that most of those voicing strong opinions now were nowhere to be found during the first ten years of Dennis’ difficult life. Nor did they lend any support to the aunt generous enough to assume raising the boy after that. Nor, had this crisis resolved itself in any other way, would they take any interest in his subsequent life. The ones who should speak for Dennis are those who knew and shared in his convictions

“But one also must address the assumption, never challenged in the media, that rejecting a transfusion is tantamount to suicide. (The judge stated that “I don’t think Dennis is trying to commit suicide. This isn’t something Dennis just came upon, and he believes with the transfusion he would be unclean and unworthy.”) How often does one read the noun “blood transfusion” not proceeded by the adjective “life-saving?” The facts suggest the label is not especially fitting.

“For example, Surgeon Bruce Spiess addresses the Australian and New Zealand College of Anesthetists a few months back, and he declares that blood transfusions have hurt more people than they’ve helped. Transfusions, he observes, are “almost a religion” because physicians practice them without solid evidence that they help. We all know that blood is a foreign tissue and we all know that the body tries to reject foreign tissue, even when the types match. Another study concludes that the chemical which permits transfused blood to transfer oxygen begins to break down within hours of storage, yet in the U.S blood is stored up to 42 days. Another study concludes that transfusion triples the risk of kidney impairment, strokes, and heart attacks.

“Jehovah’s Witnesses steadfastly refuse blood transfusions (for religious reasons, not medical) and have created hundreds of Hospital Liaison Committees composed of members who interact with local hospitals and doctors. As a result, some in the medical field have pioneered bloodless techniques. By eliminating the risk of foreign tissue, human error, and blood-borne diseases, these new techniques offer a safety margin that conventional blood transfusions do not. The film Knocking states there are over 140 medical centers in North America that offer some form of bloodless surgical techniques. Might the day come, or is it even here already, when the number of lives saved through such medicine will outnumber those lost by a few members of a relatively tiny religious group that stuck to its principles amidst much opposition? And if Dennis’ death is seen in that light, it is not in vain, even in a non-JW context. He should not be remembered as some deluded kid. He deserves better.” 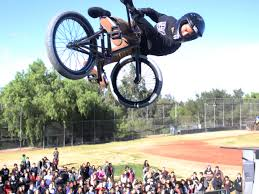 Posted at 11:11 AM in Blood Transfusions, TrueTom vs the Apostates | Permalink | Comments (0)