Dr. Who Nixes Eternal Life - What Has He Been Smoking?

When they asked physicist Robert Jastrow about living forever—would it be a blessing or a curse?—he said ‘it all depends.’ “It would be a blessing to those who have curious minds and an endless appetite for learning. The thought that they have forever to absorb knowledge would be very comforting for them. But for others who feel they have learned all there is to learn and whose minds are closed, it would be a dreadful curse. They’d have no way to fill their time.” If your purpose in life is to watch a lot of television, therefore, living forever would quickly become a drag. But our appetite for learning can be endless, unless we have closed down shop ourselves.

Of course, Dr. Jastrow is an egghead—a thinker—and so he focused on learning. But other things are probably boundless, too, like our capacity to create and to love.

Lately, though, pop culture has been selling death as though it were a benefit. It is probably those atheists. There are more and more of them and buying into their thinking means settling for a final death sentence perhaps not too many years away. Pay attention, and you’ll see the ‘Death is Beautiful’ notion a lot. For example, it surfaced in a recent Dr Who episode: ‘The Lazarus Experiment.’ Now, Dr Who, for a time, was the only show that I deliberately worked into my routine. A British import, it is science fiction with a quirky protagonist, clever writing, travel in a space ship that looks like a phone booth—“it’s bigger on the inside than on the outside!”—and it features endless visits from aliens, most of whom are up to no good. It just so happened that the show fit perfectly into some weekly down time in my schedule—I might never have discovered it otherwise. But having done so, I tried not to miss it. “Yeah, you just watch it on account of that cute blonde!” accused a workmate. But it was not true; the cute blonde was written out of the script, (she was stranded on a parallel universe) yet the show continued to hold its appeal. Years later, however, my interest in the show waned, so perhaps it was at least partially true after all.

The episode name itself is a giveaway, since Lazarus is the biblical character whom Jesus resurrected. But this television Lazarus has invented a machine that makes him young again—he steps in aged and steps out a young man—to the amazement of all the high-brow folk invited to his gala bash. But Dr. Who (was he invited?) smells something amiss. He follows the newly minted youngster, and sure enough, the machine has malfunctioned and has doomed Lazarus to transforming back and forth from human to monster! (They like monsters on that show.) See, in setting back his DNA, the machine has selected ancient mutations long-ago rejected by evolution. (Hmmm…yes…indeed, plausible, nod all the atheists watching the show—whereas if you mentioned anything about God, they’d throw up.)

The Time Lord doctor lectures Lazarus on what a curse everlasting life really is, and what a dumb, greedy thing it was for him to seek it. For when life drags on forever and ever and ever, you will get so tired of it. You will have been everywhere, done everything. Living will have become an endless, pointless trek to nowhere. You will long for it to end, but—fool that you were for choosing everlasting life—it will not end, but it will go on and on and on. Oh, the monotony! See, without death, it is impossible to savor life—and so forth.

Please. Spare me (and Dr. Jastrow). This is atheist tripe. It all depends upon whether you see life as futile or not. If you do, then sure—you would want it to end. But as Jastrow stated, life is only futile if you have made it so. Of course, I’ll readily concede that baked into this system of things are various ingredients to encourage that dismal view—for example, old age and frailty—but if they could be vanquished...

Next time you visit Rochester, New York, where I have lived, you may decide to visit the George Eastman house. Mr. Eastman, who brought photography to the masses and who founded Kodak, turned philanthropist once he’d made his fortune and built half the city. His mansion on East Ave showcases his life, his inventions, his contributions to society, and serves as the nucleus for all things photographic right up to the present. But snoop thoroughly and you will discover that he shot himself in the head at age 78. In the throes of old age, his health failing, one by one he saw his friends going senile, bedridden or wheelchair-bound. He left behind a note: “To my friends - My work is done. Why wait?”

Q: Why did George Eastman take his life?

B.) He longed for the blessed release of death to finally end a futile life that had dragged on and on for much too long.

C.) His health was failing and he (a lifelong bachelor) dreaded the indignities of old age -with its dependence upon others.

Does anyone honestly think that, with health and youth, he would not have found more work in which to engross himself? Or would he have longed, nonetheless, for life to end? What! Are you kidding me?

In this, Mr. Eastman is much like Leonardo DaVinci, the artist who painted the Mona Lisa, likely the most famous portrait of all time. Leonardo made his mark not only as an artist. He also contributed hugely in areas as diverse as geometry, anatomy, astronomy, architecture, and flight. Some of his sketches have been used as blueprints for devices in use today. He was a renaissance man; perhaps he even originates the term. Yet toward the end of life, he reportedly sought God’s forgiveness for “not using all the resources of his spirit and art.”

Eastman and DaVinci—two fellows who typify Dr. Jastrow’s statement. And they would be joined by most everyone else, were we not sucked into a morass of drudgery, duty, debt, injustice and hardship. Sure—you might well long for death if you can only envision more of that. Ditto for the frailness that comes with old age. I recently attended a funeral of someone who was happy, content, and productive throughout life. Nonetheless, death was not unwelcome, his relatives assured me, since he’d grown “so tired of being sick.”

That’s why the Bible’ promise of everlasting life on a paradise earth is so appealing. It’s Robert Jastrow’s dream come true—unlimited time to grow, minus the very real liabilities that eventually cause most of us to tire of life. Perfect health is promised, and an economic system will be in place so that people do not feel they are “toiling for nothing.” Note how Isaiah 65:21-23 describes life as God’s purpose is realized:

“And they will certainly build houses and have occupancy; and they will certainly plant vineyards and eat [their] fruitage. They will not build and someone else have occupancy; they will not plant and someone else do the eating. For like the days of a tree will the days of my people be; and the work of their own hands my chosen ones will use to the full. They will not toil for nothing, nor will they bring to birth for disturbance; because they are the offspring made up of the blessed ones of Jehovah, and their descendants with them.”

There’s a lot of things I’d like to do. I’ve done a few of them. But for the most part, I’ve just scratched the surface. And I’ve spent a fair amount of time shoveling aside the nonsense the present life throws at one. No, everlasting life, should I find myself there, will not be a bad thing. Not at all. (March 2009) 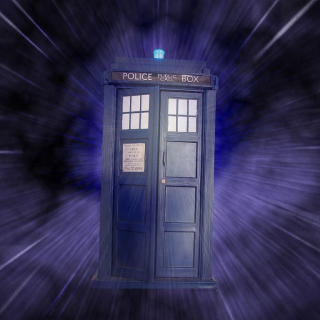