Finally, Moses cried out to Jehovah: “What should I do with this people? A little longer and they will stone me!” Though the July, 2018 Watchtower article entitled ‘Where are Your Eyes Looking?’ nowhere makes the connection, beyond a vague reference to those having “a measure of responsibility in God’s organization,” which everyone took as a reference to congregation elders, this writer could not help but think that the ones the Governing Body had foremost in mind as beneficiaries of the counsel offered was themselves.

Much was made of the instance in which Moses produced water from the rock at God’s direction. He did it twice, something that I had forgotten. The first was months after crossing the Red Sea, during a time when there was so much muttering over a lack of water that Moses in frustration cried out the words above. It didn’t occur to them that the God who punished Egypt with ten plagues and parted the waters, closing them upon the army in pursuit, could solve the problem of a drought. Jehovah told Moses to strike a rock. Moses did, and water gushed out. It is related in the 17th chapter of Exodus.

The next instance was almost 40 years later, and by this time the people had worn Moses down. They had never given up on the bellyaching and even occasional rebellion. This time when they started complaining over the same thing, Moses lost it. “Hear, now, you rebels! Must we bring water for you from this crag?” and he struck the rock twice, after which water again gushed out. God didn’t like what Moses had shouted. Much later, Psalm 106: 32-33 says “They provoked him at the waters of Meribah, and it went badly for Moses because of them. They embittered his spirit, and he spoke rashly with his lips.”

If, at a congregation meeting, you approach the speaker after a good talk and tell him it was a good talk, he will as often as not say something to the effect that it is not really him who should get the credit but Jehovah. He says that even though people are perfectly capable of speaking all by themselves without any help at all from Jehovah. So what about someone who takes full credit for doing what no human in a thousand years could do? It is what Moses did. That’s what can happen when the scoundrels are nipping at your heels day and night for forty years. This last bit of correction from God—that Moses as a consequence of his outburst would not be the one to take his nation into the promised land, strikes the average reader as overly harsh. Yet it is entirely in harmony with the verses “to whom more is given, more will be expected,” and “he will finish your training; he will make you firm.” Moses, like everybody else, is being trained for the real life, not this transitory one.

Notwithstanding that the Internet is the perfect breeding ground for complainers, one has to ask: What is it with all these malcontents? It is as though kicking against the goads has become the order of the day, seen everywhere, not just in the field of religion. Acquiescence to the authority of the parent, the teacher, the counselor, the coach, the boss, the consulted advisor, the party leader, the union steward, and those taking the lead in the congregation was once an entirely unremarkable fact of life; today it is selling out one’s soul. I begin to imagine the Governing Body posting God’s rebuke to Moses as their own personal year text, in hopes that they do not also lose it one day in kicking back at the grumblers.

God counted the constant complaints about Moses as though it were constant complaints about Him. “When your forefathers tested me; They challenged me, though they had seen my works,” reads Psalm 96:6. “Yeah, well, they’re no Moses,” I can hear the retorts already, muttering about the Witness Governing Body. “Where are their comparable works? What Red Sea did they lead anyone though?”

Given that literal food and drink prefigures in the Bible the greater spiritual food and drink, the accomplishments of the Witness organization today are nothing short of amazing, The average person of a developing nation must make do with an archaic translation of the Bible that he can neither afford nor understand because those in the church world think it only natural that Big Business be entrusted with the distribution of God’s word. Only Jehovah’s Witnesses devise an entirely separate channel to place a modern understandable translation in his hands at minimal cost, even free. The Bible satisfactorily answers questions that are answered nowhere else, the deeper questions of life such as ‘Why would God permit suffering?’ ‘Why do people die and what is the hope afterward?’ and ‘What is the ultimate purpose of life?’ Although this fellow may not have a nickel to his name, he has access to the answers no less than those in more affluent lands. Some in those  latter lands count it the accomplishment as nothing as they grouse about matters of personal inconvenience.

It is not nothing. However, when people become obsessed with their own immediate needs and wants, it can become as nothing. This writer doesn’t dare do it—simply become a whiner over present inconveniences. There are some inconveniences, of course, in pursuing a united service to God today, but to carry on excessively about them seems to me a reality not too far off from Moses in Sinai. In any organization there is a chance that a given decision will not go your way. Should organization be jettisoned on that account? It is exactly what opposers would wish. That way individuals flail away, accomplish little, and eventually can be absorbed by the popular cause.

If you take away the upside there becomes nothing left to grumble about other than the downside. The trend today of the young is to go atheist. Who smoothed that path for them? When their new influencers come around, delighted about the restrictions they have broken free from, always ask them what they have found that is better. What is it that they have to offer? Are they not just “promising them freedom” while existing as “slaves of corruption?” What do they have to offer? Simply the freedom to do whatever one wants without check? History shows that freedom has not worked out particularly well for humankind.

With the wandering Israelites, it went well beyond complaining about the dry weather. They reached the point where they wanted to go back to Egypt. Imagine. It is widely told, if only from the Ten Commandments movie, that Moses led the Israelites out of Egypt—deliverance from a harsh life. They had there been slaves. Now, just a month later, they wanted to go back. When the going got especially rough because the ten timid spies planted fear amongst them, “they even went to saying to one another: ‘Let us appoint a head, and let us return to Egypt!’” says Numbers 14:4. Egypt! The land in which they had suffered slavery for decades. They wanted to go back!

So, too, apostates to the faith today want to go back to “Egypt.” It is as though they want to return to slavery. The Lord was impaled in Egypt, Revelation 11;8 says. Everyone knows that he was not impaled there. It is a symbolic usage of “Egypt,” an “Egypt” at cross-purposes with God no less than the Egypt of the Old Testament. It, too, features “slavery,” and apostates long to return to it because they have decided that it was not so bad after all. The slavery is not so obvious. Rather, it is so universal as to go unnoticed by most. We are slaves to sin with its ultimate consequence of death, Romans 5 tells us. The inherited imperfection by which, try as we might, we let ourselves and all around us down is the sad reality that God proposes to reverse by means of his Son’s sacrifice. “Nah, it’s not so bad,” the apostates say. “We’ll go back to it. Opportunities abound in the world we left, and we want to not miss out on them.” It is no different than “Demas has forsaken me because he loved the present system of things” of 2 Timothy 4:10.

If there is no God, he is exactly right. Paul would agree with him. “If it is in this life only that we have hoped in the Christ, we are of all men most to be pitied.” (1 Corinthians 15:9) In other words—if it is all a myth, an unreality. “However, now Christ has been raised up from the dead,” he goes on to affirm next. Faith in God’s purpose or the absence of it determines two starkly different outlooks in life. The goads that are absolutely unbearable to those without it are accepted by those with it with barely a notice.

There are times in Bible history when so many became too smart for their own pants and God simply gets fed up. Paul announces that he will take his missionary show on the road. (Acts 13) The king announces that those invited to the feast are not worthy of it, and he redirects the invitation to one and all. (Matthew 22) God himself announces that he will scrap his people and build for himself a new nation from Moses. Moses talks him out of it. Everyone recognizes that God is affording his prophet extraordinary consideration—allowing him to plead a case and demonstrate where his heart lies. Only persons of “critical thought” conclude that he is such an unreasoning hothead as to not know that killing off his own people will damage his street cred. (Exodus 32)

“Look out: perhaps there may be someone who will carry you off as his prey through the philosophy and empty deception according to the traditions of men, according to the elementary things of the world and not according to Christ,” cautions Paul at Colossians 2:8. In the case of opposing young people, former Witnesses themselves, it becomes almost silly to affix to them the label “apostate.” They do fit the bill, technically, but they haven’t really earned their stripes yet—call them “junior apostates,” if one must, or “apostates in training.” At present, they are “someone ‘carried off’ as prey through the philosophy and empty deception according to the traditions of men.” They will have to see through it for themselves now. Very likely, few of them will, for the animal carrying off prey is not known to release it. They have aligned themselves with masters skilled in the use of new blinders, the type that permits observation of the trees but not the forest. Still, young people are forever doing rash things that they later rethink, so one never knows how things will turn out. “It ain’t over till it’s over,” says Yogi Berra. 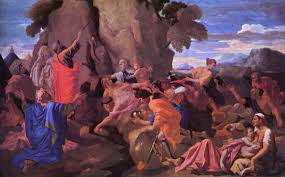 Posted at 10:42 AM in Governing Body, TrueTom vs the Apostates | Permalink | Comments (0)