Home Archives Profile Subscribe
Enemies
Dr. Who Nixes Eternal Life - What Has He Been Smoking?

Plato and the Governing Body

In general, Jehovah’s Witnesses don’t know much when it comes to ancient Greek society. We are happy when the visiting speaker pronounces Socrates with three syllables, and not “So-crates.” Oh, the Greeks are back there in our school days somewhere. After all, they lived in a window of time during which civilization got its act together long enough for some privileged persons to think deep thoughts and record them for our benefit. But we don’t consider knowledge of them indispensable for enriched life. The rapidly ascending Chinese and Indian populations most likely are completely ignorant of Greece—the root of Western civilization, but not theirs—and don’t bemoan the loss.

Nonetheless, there is this atheist fellow I’ve been conversing with lately who throws Greeks at me right and left. He’s even assumed a Greek moniker, Moristotle, and he’s prompted me to consider changing my own name to Tom Harleticus so as to win some respect. So it behooves me to read up on those Greeks. What do we find, for example, when we do some research on Plato?

Plato put into writing his concepts of ideal government. He advocated rule by “philosopher-kings.” Several times in Moristotle’s blog I read the term. Plato favored monarchy, but not hereditary monarchy. Instead, his rulers were to be selected (by already existing rulers) on the basis of merit. This would follow a lengthy period of education designed to separate the wheat from the chaff—so lengthy that it seems nobody under age 50 would be eligible for consideration.

Consider this excerpt from The 100, an intriguing book by Michael Hart, which undertakes to rate the one hundred most influential persons of history: (Plato is #40) “Only those persons who show that they can apply their book learning to the real world should be admitted into the guardian class. Moreover, only those persons who clearly demonstrate that they are primarily interested in the public welfare are to become guardians.

“Membership in the guardian class would not appeal to all persons. The guardians are not to be wealthy. They should be permitted only a minimal amount of personal property, and no land or private homes. They are to receive a fixed (and not very large) salary, and may not own either gold or silver. Members of the guardian class should not be permitted to have separate families, but are to eat together, and are to have mates in common. The compensation of these philosopher-kings should not be material wealth, but rather the satisfaction of public service.”

Anyone familiar with Jehovah’s Witnesses will realize at once that this description almost exactly describes their Governing Body, the agency that governs members of the faith. Only the “mates in common” does not apply.

Compare Plato’s dream government with this depiction of the Watchtower organization, submitted by a reader to the Gary Halbert letter in the aftermath of Hurricane Katrina, the 2005 storm that flooded New Orleans: “They are the most non-profit of non-profit organizations I’ve ever seen. All of their workers are voluntary. *All* of them. From the top down, the way the entity is structured, even the executives of the Watchtower Bible and Tract Society in Brooklyn, NY (headquarters of their worldwide organization) donate their time in exchange for very modest room and board. I’ve toured a few of their facilities in the Brooklyn, Wallkill and Patterson, NJ areas. I’ve seen it with my own eyes.

“Everyone who works at their printing facilities (where they print bibles and bible literature for their worldwide bible education work) works for room and board and they get a very small allowance (somewhere around $120/mo.) for personal items. This entire organization is supported by means of voluntary donations. And it’s amazing......I mean, these people are not driving around in fancy cars and getting rich pocketing donations by any means.

“They spend their money on maintaining their printing facilities, printing bible literature, housing & feeding their voluntary workers (who all live in an apartment-like community maintained by the Watchtower Bible and Tract Society), supporting voluntary missionaries around the world, language and reading programs (where they teach illiterate people to read), DISASTER RELIEF....I could go on.

“But the bottom line is that NONE of their money is used to line pockets of greedy execs.”

This organization is duplicated in the one hundred or so branch organizations that exist around the world.

Of course, one may object: Plato’s recommendation is for the government of nations. Jehovah’s Witnesses are a religion. But the similarities are more striking than the differences. Worldwide, Jehovah’s Witnesses number between seven and seventeen million, depending on the criteria you use in counting. That’s more than the population of a great many nations. Moreover, Jehovah’s Witnesses are overwhelmingly viewed as a moral, decent, and law-abiding people. This is no mere accident, nor is it explained solely by their belief in the Bible as the source of divine instruction. It is also the result of effective administration, governing if you will, since there are ever so many groups that claim to follow the Bible but whose lifestyles belie that claim. Jehovah’s Witnesses are unified in a common goal and purpose, as the above letter points out. They would appear to be Plato’s dream come true.

Author Hart allows for a religious setting when discussing the application of Plato’s ideal. He suggests “there is a striking similarity between the position of the Catholic Church in medieval Europe and that of Plato’s guardian class.” I assume he is referring to the Church before the Inquisition. Otherwise, Hart acknowledges, Plato’s ideals have never been adopted by any human government.

Oh, this is too rich! Here is Plato, poster boy of the modern Greek aficionados, devising a system of government which none of them have come close to reproducing, but which is adopted without fanfare by a group most of them would look down upon—Jehovah’s Witnesses! The reason, of course, is that Plato’s system depends on persons who are neither ambitious nor materialistic nor overly proud. It is not that such persons cannot be found among the general population. It is that the values of this world are such that these persons cannot rise to the top. Indeed, they are often dismissed as impractical nuts (as with Jehovah’s Witnesses).

By the way, what happens when atheists themselves try to adopt Plato’s ways? Hart continues: “The role of the Communist party in the Soviet Union has also been compared with that of the guardian class in Plato’s ideal republic. Here, too, we see a self-perpetuating elite whose members have all been trained in an official philosophy.”

Aren’t communist systems atheist, indeed the only governments officially atheist? Yes—and when the atheists try to implement Plato, their creations are hijacked by bullies and even mass-murderers: Stalin, Mao, Pol Pot, and so forth. Look at these guys crossways and you do ten years hard labor.

No, those atheists are unable to implement the ideals of their hero. Jehovah’s Witnesses, on the other hand, have done so. Okay, I guess it is too much of a stretch to suggest that if Plato were somehow to appear today on the world stage he would become one of Jehovah’s Witnesses, so I do not suggest it. But I can picture the educated elite rushing to embrace him as one of their own, and he, upon assessing how they have failed to implement any of his ideals, wanting nothing to do with them. Meanwhile, he could not help but be appreciative toward the one sizable organization on earth that has managed to transform his dream into reality. He might even rush right over to Bethel to consult, where they, having no idea who he is, would make him take a number. (February 2008) 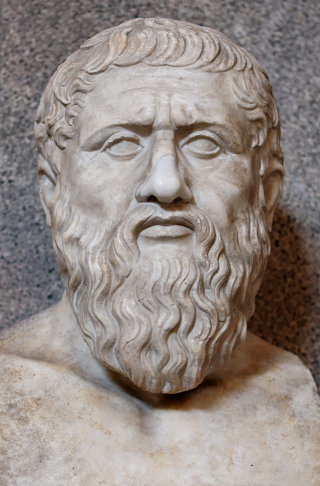 Posted at 11:37 AM in Atheists, Governing Body, TrueTom vs the Apostates | Permalink | Comments (0)