Home Archives Profile Subscribe
A Developing World at the Mercy of Rationalism
You Got a Timetable on That?

It was irksome when those atheists put up their ‘Let Reason Prevail’ billboard right next to that Illinois State Capitol Nativity Scene; that much was immediately apparent. But putting my finger on just why it was irksome required more effort. Was it the presumption of the atheists that they held a monopoly on “reason?” Partly. Was it the crassness of plunking it next to the nativity scene, as though it, too, offered a message of hope? Closer. In fact, I prematurely declared, that was it!

However, you don’t necessarily express your innermost thoughts on the Internet, to be pawed over by all and sundry.  In truth I was anything but convinced that my answer was it. Something was still missing. I’ve tossed and turned each night since.

Until now. For now I see clearly what was lacking: scientific validation. We all know today that one ought not think anything without first checking with scientists, yet I had done exactly that! Well—no more! Diligently consulting volumes of research, I at last came across an experiment that blew that silly ‘Let Reason Prevail’ slogan sky-high. Reason cannot prevail among humans. We are not capable of it. We can muster a fair effort when distractions are few. But add in any significant stress, and human reasoning ability goes right down the drain. It is hard to come to any other conclusion after pondering the cake-fruit experiment of a few years back. Alas, it has received only the publicity of light fluff news. It deserves more, as it holds unsettling implications for any future based on the veneration of reason.

The cake-fruit experiment unfolded thus: In 1999, Stanford University professor Baba Shiv enrolled a few dozen undergraduates and gave each a number to memorize. Then, one at a time, they were to leave the room and walk down a corridor to another room, where someone would be waiting to take their number. That’s what they were told, at least. On the way down, however, participants were approached by a friendly woman carrying a tray. “To show our thanks for taking part in our study,” she said, “we’d like to offer you a snack. You have a choice of two. A nice piece of chocolate cake. Or a delicious fruit salad. Which would you like?”

Unbeknownst to each participant, some had been given two-digit numbers to memorize, and some had been given seven-digit numbers. When Shiv tallied up the choices made (for that was the object of the experiment) he found that those students with seven digits to remember were nearly twice as likely to choose the cake as those given two digits! Two digits—you choose fruit. Seven digits—you choose cake. What could possibly account for that?

The reason, Shiv theorized, is that once you weed out the occasional oddball, we all like cake more than fruit; it tastes better. But we also all know that fruit is better for us. This is a rational assessment that almost all of us would make. But if our minds are taxed with trying to retain seven digits instead of a no-brainer two, rationality goes right out the window, and the emotional “Yummy, cake!” wins out! “The astounding thing here,” said the Wall Street Journal’s Jonah Lehrer, reviewing the experiment for NPR, “is not simply that sometimes emotion wins over reason. It’s how easily it wins.”

Now, this experiment was not taken very seriously by anyone. When the media covered it at all, they treated it as fluff, as a transitional piece going in to or out of more serious news. “Oh, so that’s why I pig out after a hard day at work here,” giggling Happy News people would tell each other on TV. But plainly, the experiment holds deeper significance. Aren’t world leaders also human, and thus susceptible to emotion trumping rationality? Daily they grapple to solve the woes afflicting us all. Meanwhile, opponents seek to undermine them, and media outlets try dig up dirt on them. If it takes only five extra digits for emotion to overpower reason, do you really think there is the slightest chance that “reason will prevail” among the world’s policymakers, immersed in matters much more vexing and urgent than choosing between cake and fruit? Has it up till now?

That is what was so irksome about the ‘Let Reason Prevail.’ slogan. Reason cannot prevail among imperfect humans! It can occur, but it cannot prevail. Humans are not capable of it. Five digits is all it takes for our rational facade to crumble!

Now, if there is one thing that Jehovah’s Witnesses are known for, it is for their insistence that humans do not have the ability to govern themselves. Everyone else in the field of religion accepts the present setup of squabbling nations as a given and prays for God to somehow bless the leaders running it—often with the proviso that whatever country they are in emerges on top. Of course, it doesn’t matter too much, though, since said religionists are all heaven-bound! Just passing through, you understand. So while one might not like staying in a crummy hotel, you can at least console yourself that it’s only for a night or two.

Not so Jehovah’s Witnesses. Earth is where God meant us to be, so that is where we focus. Like the psalm says: (115:16) “As regards the heavens, to Jehovah the heavens belong, but the earth he has given to the sons of men.”  And our view that humans are incapable of governing the earth is no more than acknowledging the words of Jeremiah:  “I well know, O Jehovah, that to earthling man his way does not belong. It does not belong to man who is walking even to direct his step.” (Jeremiah 10:23) And: “The wise ones have become ashamed. They have become terrified and will be caught. Look! They have rejected the very word of Jehovah, and what wisdom do they have?” (Jeremiah 8:9) In other words, today’s calamitous conditions are not really a surprise to those who have immersed themselves in Bible instruction. It is what they have always expected. They are not stuck with the pathetic hope that voting out the incumbents will somehow bring in a more amenable bunch of politicians among whom “reason can prevail.” It is human rule itself that is at fault.

You could almost view it that God himself is conducting an experiment, just like Baba Shiv. Not that it was his purpose, but when humans insisted on setting their own standards of “good and bad,” rejecting his sovereignty, he said, in effect: “Go ahead—for such-and-such an amount of time see if you can make good on your claim of self-government. When the times runs out, then—we will see.” Is not this the meaning of those early Genesis chapters? Is not the grand experiment of human self-rule ending exactly as the Bible foretold it would? And does it not show, as any novice Witness will tell you—sometimes a bit parrotlike, but true nonetheless—that “it just goes to show that we need the kingdom?” Announcing this kingdom, so that people may align themselves with it, is the purpose of the Witnesses’ public ministry. (April 2010) 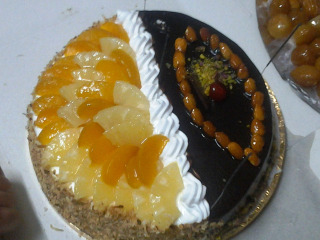