Few are unaware that the Bible depicts the epic battle between good and evil, even if they know it in but inkling form. It is the subject of the final Book of Revelation. Foreglimmers of it appear in several other places.

The contest involves the choice between human rulership and divine rulership of the planet. The former is expressed in the present reality of two hundred eternally squabbling nations. The latter is expressed in the Lord’s prayer, as God’s kingdom (Catholics may know it as the “Our Father prayer), which, when it “comes,” results in God’s “will be[ing] done on earth, as it is in heaven.” Human rulership of the earth has not been such a stellar success that those who point to God’s government as the one true hope should be run off the road.

As with the Don McLean song, “the marching band refuses to yield.” Though it involves no human agency, God’s kingdom forcibly is to replace human rulership. It does not wait for “the broken-hearted people living in the world to agree,” for they never will. Daniel 2:44 says it succinctly: “The God of heaven will set up a kingdom that will never be brought to ruin. And the kingdom itself will not be passed on to any other people. It will crush and put an end to all these kingdoms, and it itself will stand to times indefinite.”

This can be dicey to express in literature, much more in artwork. Still, it has been expressed as long as there have been persons longing to see a final end of evil. One recent offering is from the book Pure Worship of Jehovah Restored at Last, produced by Jehovah’s Witnesses. The writing gets explicit toward the end. For example:

“During the war of Armageddon, Jehovah will execute people, not in a cold, clinical manner, but in a “great rage.” (Read Ezekiel 38:18.) He will direct the explosive force of his anger, not against one army or one nation, but against countless individuals living across the globe. On that day, those slain by Jehovah “will be from one end of the earth clear to the other end of the earth.”—Jer. 25:29, 33.

The Bible verses cited are, from Ezekiel:

“On that day, the day when Gog invades the land of Israel, declares the Sovereign Lord Jehovah, ‘my great rage will flare up. In my zeal, in the fire of my fury, I will speak…all humans on the surface of the earth will tremble, and the mountains will be thrown down, and the cliffs will fall, and every wall will collapse to the ground.’ ‘I will call for a sword against him on all my mountains,’ declares the Sovereign Lord Jehovah. ‘Every man’s sword will be against his own brother. I will bring my judgment against him…’”

“‘You will not go unpunished, for I am calling for a sword against all the inhabitants of the earth,’ declares Jehovah of armies. …’ And those slain by Jehovah in that day will be from one end of the earth clear to the other end of the earth. They will not be mourned, nor will they be gathered up or buried. They will become like manure on the surface of the ground.’”

That’s not very pleasant, is it? Let no one accuse the Bible writers of beating around the bush.

Is it too much? Should the Bible be banned, as it clearly is the fiery source material for such paragraphs as in the Watchtower publication? Ought one side in this epic struggle be allowed a preemptive strike so that the view of the other be muzzled? Is it the sign of a cult not to interpret such passages out of existence?

Should the view that God might be displeased, even outraged, at the present state of the planet be outlawed? Should the only allowable view be that he cheerleads for the present world, having his feelings hurt with each new atrocity, to be sure, but that he quickly rebounds with the chipper hope that if his creatures but elect the right set of leaders, all will be well? Should only that neutered portrayal of God be allowed to stand, and any portrayal that God might actually do something about the state of the world be consigned to the state of fantasy, even harmful fantasy when those of that view reprioritize their lives to better accommodate it?

Taking their place among the most intolerant people on the planet are the anti-cultists. Religion they will allow so long as it does not forget that its place is to reinforce the status quo. “If religion helps you to be kinder and gentler, so be it,” they seem to say, “but don’t go rocking the boat. Human leadership is the only reality—if your god can come on board with that, he’s welcome, but only if. There may daily be discouraging checks, but they are not checkmates, so don’t go bringing any literalist religion into it saying that final the checkmate looms ahead.”

What’s it to them, anyway? If the verses are to become reality, then Jehovah’s Witnesses offer a fine head’s up and an opportunity to sidestep the trouble. If they are not to become reality, then there is no harm done other than egg on the faces of those announcing it. Jehovah’s Witnesses will take that chance. The Bible is still the most widely distributed book on earth, and it is so by a huge margin. Not all will consign it to the dumpster when they hear of such fiery passages. Some will be more like the Hebrew king Josiah of long ago:

It will ever be the minority view. But only the anti-cultists seek to banish it so as to keep everyone on the same page of human rulership. For Jehovah’s Witnesses, who unapologetically choose God’s rulership over human rulership, “the wicked” will primarily be those who clearly see both sides and decisively choose human rulership—abysmal track record and all. It will not be those with only a hazy concept of one or both. It will be those who know what they are choosing.

Destruction of “the wicked” so that “the righteous” may live unmolested is a long-understood Bible theme. It is a staple. It has traditionally been seen as a hopeful message, ultimately, and a fine inducement not to be “wicked.” Today the anti-cultists try to categorize it as practically on a par with hate-speech. Sometimes they use the reasoning that such language must terrify young children—that it is a form of child abuse to expose young ones to such verses. Is it? Do Jehovah’s Witnesses scare children? Or is it the gradual accumulation of ever more obscene conditions that they are expected to adjust to? Tweeted one woman: “I understand why our schools need to have lockdown drills. I cannot even begin to express my rage that this is normal now. But we also need to have a conversation about the psychological harm that’s being done to children because of them.”

The above paragraph in the Watchtower publication will raise eyebrows, at the very least. That is understood. Yet, many religions ratchet up the consequences to a far greater degree, in effect making Jehovah’s Witnesses a “kinder, gentler religion.” Many hold that, regardless of how “the wicked” may meet their end, their afterlife will be such as to make that end seem like a walk in the park. Many religions have held that “the wicked” will be tormented forever and ever in some sort of a hellfire. It is notable that Isaac Asimov called hellfire “the drooling dream of a sadist” and wrote of the obvious villainy of imposing everlasting punishment for but a few decades of misdeeds during life—even the most regressive human government knows that the punishment must fit the crime. It is also worth noting that Charles Taze Russell, often described as the founder of Jehovah’s Witnesses, was known during his lifetime as the man who “turned the hose on hell and put out the fire.” Jehovah’s Witnesses have never believed in an afterlife of torment. These days Watchtower literature associates Russell and those of his time with “the messenger who prepares the way,” drawing on a John-the-Baptist reference. One of the first things that must be done in preparing the way for any building project is to cart out the trash. From Day 1, Jehovah’s Witnesses have regarded eternal torment in hell as among the trashy doctrines that must go. The teaching makes drawing close to God a real challenge—for who can be drawn to a God capable of such cruelty?

“Have plenty to do in the work of the Lord,” says 1 Corinthians 15;58. To those taking such counsel to heart, almost by definition they will have little to do in works not of the Lord—to the point where they may even lose touch with those who speak the language of those works. This will not be the case with religion that views the “works of the Lord” as a buttressing support to the prevailing system of governing the earth through human governments. But it will be the case with religion that sees the two as separate—that sees the present system of human self-rule as something slated for replacement by divine rule. Those of the latter view can be expected to align themselves with what they think is to come. They can readily be painted as out of touch with concerns that they have set aside to focus on what they think is more relevant.

Were they not dispersed worldwide, their situation would not seem strange in the slightest. The citizens of one nation will know almost nothing of issues that form the very core of consciousness for the citizens of other nations. They are usually dissuaded from learning those concerns. Sometimes, it is active dissuasion from governing forces. Other times, dissuasion is more subtly accomplished by putting so much on one’s plate as to forestall exploring elsewhere. “Insularity” with regard to national groups relating to one another is the most natural thing in the world.

Plainly, not all can think as Jehovah’s Witnesses. It they did, the very system of dividing people by national groups would crumble. But that is not going to happen in this system of things. One is reminded of the American judge who, during the height of World War II, addressed Witness attorney Victor Blackwell, who was defending a conscientious objector: “This whole matter troubles me. What, with Jehovah’s Witnesses increasing and spreading out all over the earth, if everybody got to be Jehovah’s Witnesses, where would we be….” Mr. Blackwell responded: “Your Honor, if everybody on earth became Jehovah’s Witnesses, there would be no war, and no need for armed forces of any kind, in any nation. Would the Court object to that state of affairs?” Proceed with the case, the judge said.

From the book TrueTom vs the Apostates 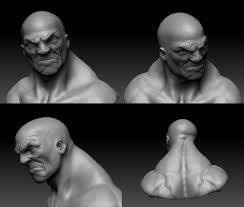