Home Archives Profile Subscribe
What the #@&! is Next?
What Witnesses are "Allowed" to Read

Who is "Mentally Diseased?"

Seeking to curb disintegration in human society, and having failed to curb human violence, nations increasingly resort to political correctness. If you can prevent people from saying certain things, the theory goes, perhaps tolerance, peace and good will to all will one day come about. There’s not much evidence that it works that way, but one must try something. In my youth, the phrase “I’ll kill you for that!” was both innocuous and commonplace—a mother might say it to a mischievous child, as mine did to me. The turning point for the play Twelve Angry Men came with the realization that the wrongly accused one’s: “I’ll kill you for that!” meant nothing. But that years long ago. Today the words are taboo, though the deed has become commonplace. Woe today to anyone uttering words suggesting lack of tolerance.

Has the Watchtower run afoul of that stricture recently? In its July 15, 2011 issue, for consideration in JW congregations, the magazine recommended (strongly) avoiding “apostates,” even calling them “mentally diseased.” You should have heard the howling from those who don’t like Witnesses, grumblers who immediately broadened application of those words to include all who left the faith, something the article never suggested. Government ought to investigate such “hate speech,” they insisted.

Most persons who leave JWs simply move on in life, some with the viewpoint that the religion just wasn’t for them, some with minor grumbling over this or that feature of the faith that prompted their decision, some with the viewpoint that they couldn’t live up to it. None of these are viewed as apostates. To be sure, those who remain do not regard the decision as wise, but they’re not “apostate.” A fair number eventually return. One could liken those leaving to a man or woman leaving a failed marriage. After initial trauma, most pick up the pieces and move on. But there’s always a certain few psycho ex-mates that can’t let go, who devote all their time and energy to harassing the person they once loved. With the Internet, such ones loom huge. That’s the type of individual the magazine commented on, not at all simply everyone who departs.

Moreover, “mentally diseased” was placed in quotation marks, indicating it was not meant as a medical diagnosis, but as an adjective to suggest a manner of thinking. Nor is the term anything original. It is merely a repeat of the Bible verse 1 Timothy 6:3-4....“If any man teaches other doctrine and does not assent to healthful words, those of our Lord Jesus Christ, nor to the teaching that accords with godly devotion, he is puffed up [with pride], not understanding anything, but being mentally diseased over questionings and debates about words.”

Whoa, whoa, whoa! one said. “That’s not in any Bible I know of except the New World Translation, your Bible!” He offered some alternatives, and I’ll quote from his blog:

“If anyone advocates a different doctrine and does not agree with sound words, those of our Lord Jesus Christ, and with the doctrine conforming to godliness, he is conceited and understands nothing; but he has a morbid interest in controversial questions and disputes about words, out of which arise envy, strife, abusive language, evil suspicions. (NASB)

“If any man teach otherwise, and consent not to wholesome words, even the words of our Lord Jesus Christ, and to the doctrine which is according to godliness; he is proud, knowing nothing, but doting about questions and strifes of words, whereof cometh envy, strife, railings, evil surmisings. (KJV)

“If any man teach otherwise, and consent not to the sound words of our Lord Jesus Christ, and to that doctrine which is according to godliness, he is proud, knowing nothing, but sick about questions and strifes of words; from which arise envies, contentions, blasphemies, evil suspicions.” (Douay-Rheims) before progressing to an unbelievable “But of course, translations are unnecessary for people like me who can read the original Greek: ‘ει τις ετεροδιδασκαλει και μη προσερχεται υγιαινουσιν λογοις τοις του κυριου ημων ιησου χριστου και τη κατ ευσεβειαν διδασκαλια τετυφωται μηδεν επισταμενος αλλα νοσων περι ζητησεις και λογομαχιας εξ ων γινεται φθονος ερις βλασφημιαι υπονοιαι πονηραι’ (Wetscott-Hort)”

I answered: “But of course! Fortunately, people like you produce translations so that dumb people like me can hope to understand the original. Surely, we are permitted to use translations. If not, then all international dealings/relations need be suspended unless all parties involved are thoroughly conversant in all languages. By comparing many translations, even the dunce can get an accurate feel for the original.

“You’ve objected to ‘mentally diseased over questionings and debates about words.’ What do your other quoted translations say? Douay-Rheims says ‘sick about questions and strifes of words.’ In view of the context, what sort of ‘sickness’ do you think the translator had in mind? Tuberculosis, maybe? Or is it not a sickness of thinking, so that ‘mentally diseased’ is not such a bad rendering after all? NASB, which you admire, offers ‘morbid interest in controversial questions and disputes about words.’ Does ‘morbid,’ when applied to thinking, suggest balance and soundness of mind? Or is ‘sickness,’ even ‘mentally diseased,’ more to the point?”

Here’s a few other translations:

‘filled with a sickly appetite’ (Epistles of Paul, W.J.Conybeare)

‘morbid appetite’ (A New Testament: A Translation in the Language of the People; Charles Williams)

“Do any of these other versions suggest soundness of mind to you? So the NWT’s ‘mentally diseased’ is an entirely valid offering, even if more pointed than most. Plus, once again, the term is an adjective, as it is in all other translations, not a medical diagnosis. Context (in that Watchtower article) made this application abundantly clear.” But my blogging opponent declared all such context (apparently without knowing it) “irrelevant.” The last time I carried on that way with regard to the remarks of some scientists, I was immediately accused of “quote mining.” Surely that sword must cut both ways. Malcontents who harp on that Watchtower sentence are quote-mining, totally ignoring (or disagreeing with) its context, so as to lambaste a religion they detest.

[Edit: December 2018:] Apparently my own people (after all my work!) decided that this was not the hill they wanted to die on. The NWT was revised in 2013, and the new rendering of 1 Timothy 6:4 is: “He is obsessed with arguments and debates about words” and the footnote for “obsessed” reads “Or ‘has an unhealthy fascination.’“ Thus, revision puts the NWT safely in the middle of the pack, no longer out there with the most pointed rendering. (October 2011) 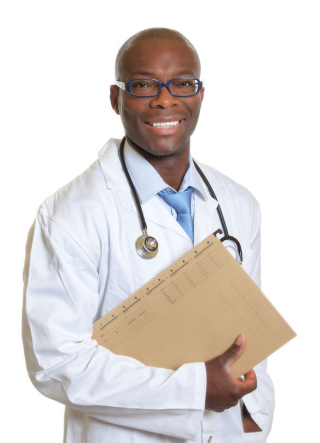