Home Archives Profile Subscribe
'I Do Not Understand Why We Persecute Jehovah's Witnesses,' Putin Says
LANDRU - the Brainwasher

Why Do Bad Things Happen? Updated for Atheists, Sort of

When Moristotle the Atheist read my post ‘Why Bad Things Happen,’ he almost threw up. He declared it a “fantasy,” aspects of which were “utterly repulsive,” and the rest “not only not nice at all, nor even adolescent, but simply infantile.” If we could only get this fellow to say what he really thinks and stop pussyfooting around, he might amount to something!

Still, I took his concerns to heart. It’s not pleasant throwing up—it just isn’t. Was there a way to write essentially the same thing in a way that he and his would find more palatable? After all, he declared a related post of mine “profound.” True, he was just being nice, he later pointed out, but at least there was no gag reflex, or at least he overcame it.

It may not be possible to make this stuff more palatable for a certain type of person. Any discussion as to why God tolerates evil must necessarily link to Adam and Eve, and link to them rather substantially. They simply are that key of a building block. And so you have to overcome the ‘We are wise and learned adults, far too clever to be sold Adam and Eve. What’s next, Mickey Mouse and Donald Duck?’ syndrome. It occurred to me only much later that you could invite such persons to consider it as a symbolism that need not be taken literally. That almost works better. Certain types love being thought perceptive enough to be entrusted with such an interpretive task—leave it on the shelf till later whether it actually happened or not. Still, I did not realize this at the time. My job was not going to be easy.

Let’s start with some common ground, just like Paul did at the Areopagus. Moristotle had recently trotted out a Greek named Diagoras, who is apparently the world’s first recorded atheist. There was a little quibbling over that, but I eventually conceded the point. Okay. Here goes. Wish me luck.

Was Diagoras the world’s first atheist? He is credited that way. Read up on him and you will find that he is remembered as Diagoras the Atheist. Isn’t he the fellow who used a wooden statue of Hercules as fuel to cook his turnips? If Hercules didn’t like it—well, let him do something about it. And how did Diagoras end up an atheist? Wikipedia tells us: “He became an atheist after an [unspecified] incident that happened against him went unpunished by the gods”

Why wasn’t it punished? Why didn’t God fix it? He’s God, after all. Isn’t he supposed to be all-powerful? We hear this all the time from atheists, agnostics and even believers. Why didn’t he solve Diagoras’s problem and stop the man from going atheist?

After all, what is the injustice that caused Diagoras such soul-searching? Only the one that touched him personally! Had he not witnessed hundreds of injustices in his lifetime? To say nothing of ones his society was built upon. We positively slobber over Greeks as cradle of wisdom, birthplace of democracy, mecca of free thinkers, and so forth, yet they enjoyed their privileged status only on the backs of others. That society embraced slavery. It treated women abominably. And weren’t Greeks the original pedophiles? The same sexual molestation of children so roundly condemned today was enshrined in respectable Greek society. Are these among the injustices Diagoras was concerned with? Did he even recognize them as injustices? Possibly, but I wouldn’t hold my breath.

Let’s face it, few situations of this world today are win-win. Generally, someone pays the price when we win. Hopefully, for politicians and Pollyannas, it is someone we don’t see in another land or another class. But there is somebody most often and we usually don’t even know about it. The system is designed that way. Get the sufferer as far away from the privileged one as possible so that the latter does not see the link and declares any such talk as but crybaby whining. Don’t think that any political party owns the problem. It is inherent with human self-rule. A new system of things is in keeping with the Bible’s premise that humans were not designed to be independent of God.

Things might have turned out differently. The Adam and Eve and Garden of Eden account, brief though it is, demonstrates God’s original intent. “Further, God blessed them and God said to them: ‘Be fruitful and become many and fill the earth and subdue it,’” says Genesis 1:28. The very name Eden means “pleasure;” garden of Eden becomes, when translated into Greek, “paradise of pleasure,” and “subduing the earth” is code for spreading those conditions earth wide. Had humans, starting with the first pair, remained content to live under God’s direction, life today would be a far cry from what it is today. But almost from the start, they balked.

“At this the serpent said to the woman: ‘You positively will not die. For God knows that in the very day of your eating from it your eyes are bound to be opened and you are bound to be like God, knowing good and bad.’ Consequently the woman saw that the tree was good for food and that it was something to be longed for to the eyes, yes, the tree was desirable to look upon.”

Jehovah’s Witnesses understand the “knowing good and bad” of verse five to be a matter of declaring independence. “You don’t need God telling you what is good and what is bad. You can decide such things yourself and thus be “like God.” The serpent even portrays God as having selfish motive, as though trying to stifle the first couple—a sure way to engender discontent. The ploy was successful. Those first humans chose a course of independence, with far-ranging consequences that have cascaded down to our day.

After a lengthy time interval allowed by God so that all can see the end course of a world run independent of him, he purposes to bring it again under his oversight. This is what the prophet Daniel refers to: “And in the days of those kings the God of heaven will set up a kingdom that will never be brought to ruin. And the kingdom itself will not be passed on to any other people. It will crush and put an end to all these kingdoms, and it itself will stand to times indefinite.” (Daniel 2:44)

Jehovah’s Witnesses believe that God’s permission of injustice, even evil, is bound up with this trial period of human rule, soon to end. In a sense, the modern-day atheist counterparts of Diagoras have voted for the wrong party. They voted Republicans out of office in favor of Democrats (or vice versa) and they are now incensed that Republicans aren’t delivering on their promises! God’s kingdom is the arrangement that will end injustice. But they continue to vote for human rule. Does anyone think that humans will end injustice? 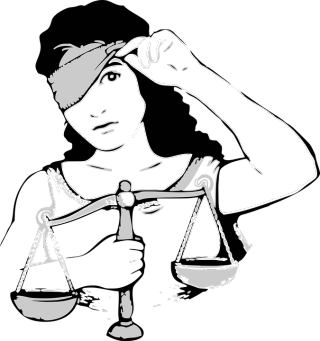 Posted at 09:20 AM in Atheists, Evil and Suffering, Genesis, TrueTom vs the Apostates | Permalink | Comments (0)