I May Have Called Him a ‘Big Baby’ a Time or Two, But Nothing More.

I seriously got under the skin of owner of one opposition site. (I don’t quite know who runs it, but this fellow is definitely a main player, if not the owner) Both on his site, where I was banned, and on Twitter, where he, almost with every tweet, taunted and insulted me, and I let most of them stand unanswered, never responding in kind. I may have called him a ‘big baby’ a time or two, but nothing more.

Several chapters of True Tom vs the Apostates are based upon my interactions with him.

One of the corkers came when he took issue with the December WT about women in trying relationships and he DAILY tweeted his urging to various women’s groups, tagging them each time, that they look into such “appalling" "orders" from an organization with absolute "control" over its women. They failed to respond. He kept it up for over 50 straight days! In time I wrote a counter article and began appending my tweets to his, such as:

“Sheesh! Even Jehovah’s Witnesses do not call EVERY SINGLE DAY!”

And just LOOK at what happened to my Datsun pickup when I parked in his  lot!

I thought I was going incognito, but apparently not. 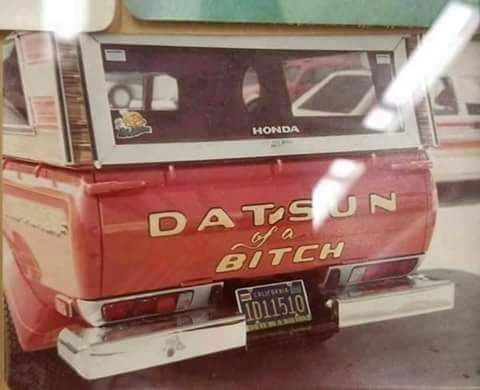 In my chapter ‘On Women. Part 1’ I described him thus:

“I think it will turn out as when the ever-capable female British intelligence officer commented to Foyle, of the television show Foyle’s War, about the full-of-himself male officer that she, for the time-being, had to play second fiddle to: that he was overconfident and not really too smart. He would overreach and fall of his own weight. She had seen it before.”

And I was NOT the one who, on first laying eyes upon him, called him a “bearded slob.”

For he life of me, though. I could not bring myself to rebuke this brother. As much as I think we overdo it sometimes, and I just cannot get my head around Old Testament prophets being as obsessed over their dress and grooming as we have sometimes made them out to be, there IS something to be said for changing out of your tee shirt before filming your ‘podcast.’