Home Archives Profile Subscribe
I May Have Called Him a ‘Big Baby’ a Time or Two, But Nothing More.
No Common Sense Here

The Reproach of Child Sexual Abuse Falls on the Abuser

In Jehovah’s Witness congregations, victims, parents, or anyone else, have always been free to report allegations of child sexual abuse to the police. The troubling reality is that many chose not to do it. They alerted congregation elders and went no further. Why? Because they thought that by so doing, they might be bringing reproach on God’s name and the Christian congregation.

That situation has been resolved. The May 2019 study edition of the Watchtower, reviewed via Q & A participation at all congregations of Jehovah’s Witnesses—it will escape nobody—addressed it specifically:

“But what if the report is about someone who is a part of the congregation and the matter then becomes known in the community? Should the Christian who reported it feel that he has brought reproach on God’s name? No. The abuser is the one who brings reproach on God’s name,” states the magazine.*

The problem is solved. Can one bring reproach on God or the Christian congregation by reporting child sexual abuse to police? No. The abuser has already brought the reproach. There will be many who had long ago come to that conclusion, but now, unambiguously, in writing, for elders and members alike, here it is spelled out.

From the beginning, child sexual abuse controversies as related to Jehovah’s Witnesses have been markedly different from those of nearly anywhere else. Incidents have mostly been within the ranks of the general membership, come to light because the Witness organization takes seriously passages as Romans 2:21-22, and investigates wrongdoing within its midst so as to “keep the congregation clean” in God’s eyes, something that they think He demands:

Elsewhere it is the leaders being looked at exclusively. Usually, no mechanism at all exists that the wrongdoing of religious members comes to light. When the police nab John Q. Parishioner, it is as much news to the church minister as it is to the public. When was the last time you read of an abuser identified by religious affiliation unless it was a person in position of leadership?

As I write this, it now appears that the time has come for Southern Baptists to take their turn in the hot seat. Just eight days prior to this writing, a Houston Chronicle headline (February 10, 2019) announces: “Abuse of Faith - 20 years, 700 victims: Southern Baptist sexual abuse spreads as leaders resist reforms.”

Who are the victims? Entirely those who were abused by leaders. The latter “were pastors. ministers. youth pastors. Sunday school teachers. deacons. And church volunteers.” Were any of them just regular church members abused by other regular church members? No. There is no apparatus for that to ever come to light. The church preaches to them on Sunday but otherwise takes no interest in whether they actually apply the faith or not. Doubtless they hope for the best, but it is no more than hope. Only a handful of faiths make any effort to ensure that members live up to what they profess.

It has always been apples vs oranges. That is what has long frustrated Jehovah’s Witnesses. With most groups, if you want to find a bumper crop of pedophile abusers, you need look no farther than the leaders. With Jehovah’s Witnesses, if you “hope” for the same catch, you must broaden your nets to include, not just leaders, but everybody. It is rare for a Witness leader to be an abuser, the rotter in San Diego being a notable exception. It is the rule elsewhere. The most recent Witness legal case, involving a lawsuit in Montana, involves abuse entirely within a member’s step-family that did not reach the ears of the police, which the court decided was through leadership culpability.

To account for this marked difference in leadership personal conduct, this writer submits a reason. Those who lead among Jehovah’s Witnesses are selected from rank and file members on the basis of moral qualifications highlighted in the Bible itself, for example, at Titus 1:6-9.  In short, they are those who have distinguished themselves in living their religion. Leaders of most denominations have distinguished themselves in knowing their religion, having graduated from divinity schools of higher education. They may live the religion—ideally, they do, but this is by no means assured—the emphasis is on academic knowledge.

Add to the mix that Jehovah’s Witness elders preside without pay, and thus their true motive is revealed. Most religious leaders do it for pay, and thus present conflicting motives. One could even call them “mercenary ministers.” Are they untainted in their desire to do the Lord’s work or not? One hopes for the best but can never be sure.

Confounding irreligious humanists who would frame the child sexual abuse issue as one of religious institutions, two days after the Southern Baptist exposé, there appeared one of the United Nations. On February 12, the Sun (thesun.co.uk) reported that “thousands more ‘predatory’ sex abusers specifically target aid charity jobs to get close to vulnerable women and children.”

“There are tens of thousands of aid workers around the world with paedophile tendencies, but if you wear a UNICEF T-shirt nobody will ask what you’re up to. You have the impunity to do whatever you want,” Andrew Macleod, a former UN high official stated, adding that “there has been an ‘endemic’ cover-up of the sickening crimes for two decades, with those who attempt to blow the whistle just getting fired.” Sharing his data with The Sun, Mr. Macleod “warned that the spiralling abuse scandal was on the same scale as the Catholic Church’s.”

All things must be put into perspective. Child sexual abuse is not an issue of any single religion, much less a tiny one where otherwise blameless leaders are perceived to have bungled reporting to police. It occurs in any setting in which people interact with one another. The legal system being what it is, one can prosecute child sexual abuse wherever it is encountered. The tort system being what it is, one prosecutes primarily where there are deep pockets. Arguably, the child sexual abuse issues of the Southern Baptists have taken so long coming to light is because that denomination is decentralized in organization, presenting no deep pockets.

With the May 2019 Watchtower mentioned above, finally the reporting issues of Jehovah’s Witnesses are fixed. Anyone who knows of abuse allegations may bring those to the attention of the police, and regardless of how “insular” or “no part of the world” Witnesses may be, they need not have the slightest misgivings about bringing reproach on the congregation. Both goals can proceed—that of societal justice and that of congregation justice—and neither interferes with the other.

Witness opposers were not at all gracious about this change, that I could see. Many continued to harp on the “two witness” rule of verifying abuse, for example. It becomes entirely irrelevant now. Were it a “40-witness” or a “half-witness” rule, it wouldn’t matter. It is a standard that guides congregation judicial proceedings and has absolutely no bearing on secular justice.

“Well, it only took a landslide of legal threats around the world to force their hand on this,” opposers grumbled, as they went on to claim credit. Why not give them the credit? Likely it is true. Everything in life is action/reaction and it would be foolish to deny the substance of this. Once ones leave the faith, people within lose track of them. It is easy to say: “Out of sight, out of mind,” and opponents did not allow this to happen. They should seriously congratulate themselves. Many have publicly stated that their opposition is only so that Jehovah’s Witnesses will fix their “broken policies.” Now that they have been fixed, one wonders if their opposition will stop.

Members have been given the clearest possible direction that there should be no obstacle or objection to their reporting whatever allegations or realities they feel should be reported. Few journalists will hold out for elders marching them down to the police station at gunpoint to make sure that they do, even if their most determined opposers will settle for no less.  There are some experiences that seem to preclude one’s ever looking at life rationally again, and perhaps child sexual abuse is one of them. The only people not knowing that the situation is fixed are those who are convinced that Jehovah’s Witnesses are evil incarnate whose charter purpose is to abuse children, and they will not be convinced until there is a cop in every Witness home.

With a major “reform” making clear that there is absolutely no reproach in reporting vile things to the authorities, some of the most virulent of Witness critics lose something huge to them, and the question some of them must face is a little like that of Tom Brady—what on earth is he ever going to do with himself after he retires? A few face withering away like old Roger Chillingsworth of the Scarlet Letter, who, when Arthur Dimmesdale finally changed his policy, “knelt down beside him, with a blank, dull countenance, out of which life seemed to have departed. ‘Thou hast escaped me!’ he repeated more than once. ‘Thou has escaped me!’

This will not be the journalists, of course. Nor will it be the legal people. Nor will it even be Witness critics in the main. But for some of the latter, former members who are vested in tearing down what they once embraced, it will not be an easy transition. They almost have no choice but to find some far-fetched scenario involving “rogue elders” that could conceivably allow something bad to yet happen and harp on that till the cows come home. There are always going to be ‘What ifs.’ At some point one must have some confidence in the power of parents to be concerned for their children, and for community to handle occasional lapses, particularly since governmental solutions have hardly proven immune to abuse and miscarriages of justice themselves. It is not easy to get between a mama bear and her cub. 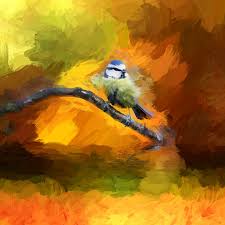 Posted at 09:06 AM in Pedophiles, TrueTom vs the Apostates | Permalink | Comments (0)