A Class Action Suit in Quebec

“Citing a hierarchy that ‘encourages a culture of silence,’ a Quebec Superior Court judge has authorized a class-action lawsuit for current or former Jehovah’s Witnesses in Quebec who were sexually abused by other members as minors....[The plaintiff] alleges she was repeatedly sexually abused and assaulted by her brother, 13 years older, beginning when she was only 10 months old.”

Do I understand this correctly? One child abuses another within a family, and it is the fault of the congregation elders?

The Canadian judge stated that: “The organization of Jehovah's Witnesses is very hierarchical, led by men, and encourages a culture of silence.”

Take the organization out of the picture for a moment. Are we to imagine that the mom and dad of this family would have otherwise marched their kids straight down to the police station to make sure that proper punishment was meted out?

There is a part of me that thinks what really gets in sticks in the craw of this judge is that Jehovah’s Witnesses are “hierarchical,” as though any other organization is not, and that they are “led by men,” as though anything less than a free-for-all ought to be taboo. Perhaps she even implies that men are inherently evil, so that the greatest travesty of all is to be led by them.

However, says my nemesis: “My guess is that it's not what happened within the family. It was the coverup within the Congregation.”

Well—it is not possible to mishandle what you never attempted to handle in the first place.

The clear implication of rulings such as this is that religious organizations ought not to look into the conduct of its members, for it is only by doing so that they can find themselves in such a spot as this. “Be like the mainline churches,” the ruling says in effect. “Preach to them on Sunday and be done with it. It’s none of your business whether they apply it or not.”

However, the verse Christians feel obligated to follow says that it is their business. “You, the one preaching, “Do not steal,” do you steal?  You, the one saying, “Do not commit adultery,” do you commit adultery?” (Romans 2:21) If you claim that your teachings improve the overall moral fiber, you must have mechanisms in place to ensure that that is in fact the case, especially if your view of God is that he insists on a “clean” people, as free of misconduct as possible.

Framed in this way, the ruling is a state attempt to regulate religion, and could be argued on that basis.

Plus, such thinking completely ignores the far superior role of prevention of child sexual abuse, in order to zero in exclusively on meting out punishment when it occurs, as though that is the means by which the problem will be solved. How’s that project going, anyhow? Thirty years into the all-out war against child sexual abuse, is it just about snuffed out? Or is it only the tip of the iceberg that has been revealed?

I’ll take the kids, Caleb and Sophia, video any day, for teaching parents how to protect their children. I’ll take the 2017 Regional Conventions any day, in which every Witness in the world was assembled to hear detailed scenarios in which child sexual abuse might take place, so that parents, the obvious first line of defense, can be vigilant. Who else assembles all its members and then trains them so?

“Jehovah’s Witnesses have a serious problem of child sexual abuse in their midst?”

There are two ways of looking at this.

2.) They do, but the situation is far worse everywhere else.

One must look no farther than who is being outed as perpetrators. If you want to find deviants in most places, you look no further than the leaders. If you want the same ‘catch’ among Jehovah’s Witnesses, you must broaden your search to include, not just leaders, but everyone. A Jehovah’s Witness leader committing child sexual abuse is rare. Not unheard of, but rare. Elsewhere, it is the pattern.

Okay, if the leaders are not committing the child sexual abuse, are they nonetheless "hiding it?" How do they compare with other groups? It is a little hard to say. Nobody else has ever found any. They looked the other way, taking no interest in looking at wrongdoing within their midst. Thus, when child sexual abuse was found, it was a.) found entirely independent of religious affiliation, and b.) it was found that the leaders themselves were the abusers. How would members fare in comparison? There is no data. Nobody ever bothered to look.

Courts will go where courts will go. Will they take the above into account? Time will tell. There are few organizations with pockets--it doesn’t matter if they are religious or not--that are not being flooded with lawsuits today. In New York State, my own state, the governor has just signed into law a bill greatly lengthening the statute of limitations for child sexual abuse. Out of nowhere has appeared a major sponsor of programming I watch--a legal firm seeking to sign up clients. The ads briefly eclipsed other legal firms of accident litigation running non-stop ads of how “[So and So law firm] got me $3 million dollars, 15 times what the insurance company offered!” Put together, lawyers have become by far the premier sponsors of television. Can a society really endure that way?

Make no mistake. No one is saying that it is wrong to sue for grievances. But one must sometimes ask whether there will be any organized group on earth left standing when the suing is done. Of course, there will be some. Governments can just raise taxes to recoup legal payouts. Businesses can raise prices. But groups like the Boy Scouts, investigating bankruptcy at last report, are out of luck. One wonders how other voluntary organizations will fare.

The typical person congratulates the client who has come into an extraordinary bonanza via lawsuit. Then he opens his insurance premium bill. It calls to mind, as a rough parallel, the statement of Alexander Fraser that democracy can only endure until “the majority discovers it can vote itself largess out of the public treasury.” The world has become a lawyers’ playground, with massive transfers of money flowing in all directions--the barristers netting a third, they being the only consistent beneficiaries.

When the rules of the game change, you can hardly blame the small players for adjusting to accommodate them. There was a time, those my age will remember, when nothing was so crass as for lawyers to advertise. It was against their universal code of conduct, possibly even against the law. It explains the phrase “ambulance chaser”—you actually had to chase an ambulance to sign up a client before another lawyer could. You couldn’t just broadcast to the whole wide world that you were scouring the earth for clients.

Someone dear to me was sued several times with regard to property, in another matter that had a very long statute of limitations. When what proved to be the final lawsuit came in, the person sought to make defense through his insurance lawyer, but that one attempted contact several times and could not get a response from the firm bringing suit. Finally, that firm admitted that they were having a hard time locating their client. Seemingly, they had left no stone unturned in seeking business and had finally found “aggrieved” ones whose cases were so tenuous that they couldn’t even be bothered to show up and make them.

I wonder, too, whether the popular demand for public apologies isn’t largely just a PR event, or even worse, an encouraged legal strategy to secure a clear admission of guilt, thereafter better enabling future lawsuits. Few things are done for the noble ‘window-dressing’ reasons that are given. At any rate, it is worth noting that when the government of Australia apologized for decades of child sexual abuse, and opposers praised that apology to the heavens because they thought they could thereby embarrass Jehovah’s Witnesses, the victims nonetheless rejected it as ‘too little, too late.’ Better than any apology is prevention. Of course, it is good to call in the grief counselors in the aftermath of a school shooting. But it is far better not to need them in the first place.

The situation is a far cry from the Quebec of 70 years ago, during which 400 Jehovah's Witnesses generated 1600 arrests, on charges as minor as peddling without a license but as major as sedition. A key case involving sedition was lost before the Supreme Court of Canada, but was overturned on a rarely-used provision of "rehearing," at which the Court acknowledged that Witness literature and ministry included nothing that incited to violence--a necessary ingredient of sedition--but only contained that which made a powerful faction squirm. The situation is much different today, with altogether different charges, and the game is barely recognizable. But deep within, is the underlying intent not nonetheless the same, cloaked behind a veneer of righteous indignation? 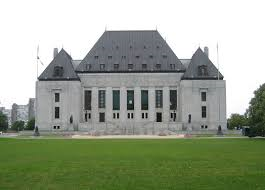 To be added to TrueTom vs the Apostates!