A Get Rich Quick Scheme From Genesis - It Works For Me!

Abraham and his household left Ur and traveled via the Fertile Crescent—up the Euphrates and down the east side of the Mediterranean—to reach the land God said would one day belong to his offspring. He overshot his destination for Egypt because there was a famine in the region shortly after arrival. (Did he say even a little: “Some promised land!”? He had had no problem with famine back home.)

When he eventually returned from Egypt, he was a wealthy man. Where did he get his wealth? From Pharoah! Pick up the account at Genesis 12:10

“Now a famine arose in the land, and Abram went down toward Egypt to reside there for a while, because the famine in the land was severe. As he was about to enter Egypt, he said to his wife Sarai: “Please listen! I know what a beautiful woman you are. So when the Egyptians see you, they will surely say, ‘This is his wife.’ Then they will kill me but keep you alive. Please say you are my sister, so that it may go well with me because of you, and my life will be spared.”

I understand this concern because my wife is also drop-dead gorgeous. I mean, heads snap around when cars pass her by—she nearly causes accidents. And being killed on account of men wanting her? I worry about this every time I venture into Walmart.

Wow! And she was such a looker, and Abram was so scared of the Egyptians that he figured they would kill him so as to take his wife, as though wife-stealing was something they would never commit, but murder was. (I gave a talk once in which I observed that Abram was then scared for his wife and his life—I liked the rhyming) This, too, only a man like me, whose wife is also a looker, would understand.

“Then Jehovah struck Pharaoh and his household with severe plagues because of Sarai, Abram’s wife. So Pharaoh called Abram and said: “What is this you have done to me? Why did you not tell me that she was your wife? Why did you say, ‘She is my sister, so that I was about to take her as my wife? Here is your wife. Take her and go!” So Pharaoh gave his men orders concerning him, and they sent him away with his wife and all that he had.”

As observed previously, he had a lot by then. He had cleaned out Pharoah!

Now, I do nothing but study my Bible and I immediately put into practice anything I read. I travel to cities where there are wealthy and powerful men, like Binghamton and Watertown, and introduce my wife to them as my sister. Their eyes bug out of their heads, of course, as soon as they see her, and they lead me to their wall safes on her account, open them up, and tell me to take anything I want. As it turns out, I want quite a bit.

Then they try to put the moves on my wife. She plays it cool, staying just outside of their grasp—we’ve run this scam many times before. Then I manage to let it slip, as though by accident, that she is actually my wife and not my sister at all. They get all nervous thinking that God is going to smite them. Next thing you know, the two of us are on the road, a few million dollars richer, heading to search out another sucker in another city.

Don’t tell me that there is no value in Bible study. Just don’t go there. 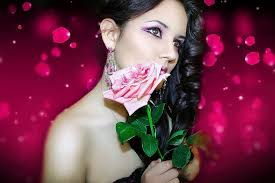