Home Archives Profile Subscribe
Here is a Picture of My Scrabble-Cheating Brother BEFORE Donning His Halloween Costume
$1.4 Billion. Is THAT all?

Those New Testament epistles reveal abundant energy devoted to countering those who oppose. See how Paul battles with the “superfine apostles” at 2 Corinthians 11, for instance. Why think it would be different today?

I'm not completely sure what this thread is even about. Offhand, it seems like an attempt by the hypercritical people to get the picayune and the righteous-overmuch people going.

We all know what Jehovah's Witnesses believe. So whatever is seen is Chili either squares with it or it doesn't.

If it does, then there will be some trickery involved to get people all incensed over it. It may be fraud by photoshop or trespasser sabotage. Or there may be something circumstantial or cultural that we know nothing about..

If it doesn't. then it will be corrected, now or later. It always is.

Once I came after you with the charge that you had an agenda and you responded with: 'Of course, I have an agenda.' I said to myself: 'The old pork chop is right. He does has one. So do I. So does everyone.' Stay here any length of time and it becomes clear who the players are and what are their agendas. They range in shades of from off-white to downright black. Thus everything anyone offers ought to be seen in this light, and the posts of some ought to be 90% dismissed on this basis alone.

The ideal is what C.T. Russell stated, that he would accept a truth even if it was from the Devil himself. But the reality is, how would you know it is the truth? Far more likely is it that he is just lying like he always does, using abundant tricks of the trade to make you think he is telling you the truth. The tools for lying are legion today, far more than in Russell's time, what with photoshopping and all. Even without photoshopping , we all know the reality of information selectively given without context or in manufactured context in hopes that people will come to false conclusions, so that Wayne finally has to say: 'I'll go down there myself and shake the truth out of those bad brothers (if bad brothers they be).' Obviously that is something few brothers can do, not just on account of resources, nor even on account of time, but on account of best use of time.

And if we get so worked up about reports from those whose agendas are manifestly cockeyed, if not downright foul, in these days of photoshop, what on earth will we do in the days of 'deep fakes', a day that is rapidly dawning? If anyone doesn't know the term, a casual Google search will reveal that it is the manipulation of video evidence, so that any head can be attached to any body and be made to say anything the poster wants? Are you going to lose you're cookies, then, when a GB member appears in skin tight pants smoking weed to recommend that we all start showing a little more sympathy for the Devil? Because you know that day is coming.

(My own prophesy, by the way, is that deep fakes will instantly be turned upon children, as technological advances usually are, for the sake of ratcheting up the bullying that they are already taking their own lives over. Since generating those deep fakes is only possible with an abundance of still photos to feed into generators, any source of those abundant photos is going to be sued off the planet. It will not be enough for social media sites to say that what they did was perfectly legal at the time and was agreed to by their users. Laws will be reinterpreted to say that they have violated them. You think lawsuits today have gotten out of hand?)

So you have to go by someone's manifest agenda. In this regard, Billy’s comments are among the most appropriate, even if he is prickly is his presentation. Witness the modern sanctification of the term 'whistleblower'. Whistleblowers are useful, of course, but they are more useful in blowing the cover off an evil organization. Almost all of the self-styled  'whistleblowers' on this particular thread think  that Jehovah's organization is evil. If you are one, like me, who doesn't think that, then you discount their comments on that basis alone.

People's veracity should be judged by always keeping in mind their overall agenda.

It is like a WT article that dealt with those occasional Bible accounts that are downright strange and even paint God in a bad light. 'All we see is a little snippet,' it said. 'What do you do with a close friend who has had your back and earned your trust over time and you know him through and through, but then you hear a bad report about him? Do you say: "YEAH! I knew it! He is a rat!" ?

Unfortunately, it is a crazy age we live in in which loyalty is seen as the mark of a chump, and there are many people who are that way.

It is like when I pointed out that the Geoffrey Jackson on Twitter was not the real Geoffrey Jackson and Wilma took a breather from bludgeoning everyone with irrelevant scriptures to say 'How do you know that it is not him?' It has his picture, doesn't it? 'He' even said pray for our brothers in Russia.

Duh. You know it is not him because she says that it is. Presently it was revealed that ‘he’ didn't give a hoot in hell for 'our brothers is Russia.' - kill them all as far as he is concerned. It was all a ruse so as to capture the attention of naïve brothers and redirect it to unflattering reports elsewhere.

Oh, yeah. Sure. He’s going to start up a Twitter account. After all he’s said about social media. Look, if they ever did do some amazing about face and start giving updates on Twitter, it would be a dramatic change in method of communication. There would be ample notice on trusted channels that such change was about to happen. 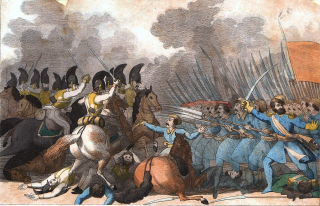 “These are the problems I see when witnesses from a free society don’t understand the prospects of other countries. They think they can instill western values in areas that reject them.”

“Therefore, the only ones worthy of accommodating the brotherhood in Chile, are Chilean Brothers, no one else.”

When Billy is hot, he’s hot.

It is not unlike the situation described at Acts 21:20

“and they said to him: “You behold, brother, how many thousands of believers there are among the Jews; and they are all zealous for the Law.  But they have heard it rumored about you that you have been teaching all the Jews among the nations an apostasy from Moses, telling them neither to circumcise their children nor to walk in the [solemn] customs.  What, then, is to be done about it? In any case they are going to hear you have arrived.  Therefore do this which we tell you: We have four men with a vow upon themselves.  Take these men along and cleanse yourself ceremonially with them and take care of their expenses, that they may have their heads shaved. And so everybody will know that there is nothing to the rumors they were told about you, but that you are walking orderly, you yourself also keeping the Law.”

The governing arrangement back then assumed authority to do such things, even telling Paul to act differently from what he would otherwise do, so as to counteract hurtful reports and reassure others.

They were not to be second-guessed in such decisions. They “girded themselves as men” and directed a course of action that easily could have been criticized by ones having inadequate knowledge of the culture and circumstances.

In fact, on ancientsocialmedia.com back then, they did take a lot of heat for it.

My throat got dry on the trail the other day so I stopped in at the saloon for a brew. I grabbed my mug, threaded my way through the floozies after telling the barkeep to keep those drinks coming, and settled in for some serious contemplation of the vicissitudes of life.

”Join us for some poker, pardner?” came a friendly voice from the next table. A Chilean flag flew over that table on some days, but not others. Why not indulge him? I took the chair offered and the dealer shot out the cards. The friendly stranger took a quick peak at his then put them face down on the table.

Presently, looking sly as could be, he picked his cards up again and slowly fanned them face side out, and I was surprised to see that he had a full house. I heard some tittering from the floozies, and I weighed his hand against mine with an inward smile. I would hand this gringo his head on a platter.

But then my conscience started to beat me. This was going to be too easy, like taking candy from a baby, and I don’t cotton to beating up on babies. “Say stranger,” I said. “Did you know that you are doing it all backwards?”

”Maybe some good will come out of it,” he spoke up again. “The name’s Wayne, by the way. Pleased to meet you. Maybe we’ll have the pleasure to meet again someday ,” he said chattily as I raked in every dollar he had laid down.

How’s that for admiring him, Billy. Out here on the trail everything is relative.

“Admirin’s got nothing to do with it.”

Posted at 10:42 PM in Skirmishes | Permalink