"We Are Wise and Learned Adults, Far Too Clever to Be Sold Adam and Eve. What's Next - Mickey Mouse and Donald Duck?

I like the way Paul deliberately dialed back on the ‘wisdom.’ Most of his contemporaries would have had to because they didn’t have it. Not so Paul, who was highly educated, and could have gone toe to toe with these characters. He deliberately chose not to.

And so I, when I came to you brothers, did not come with an extravagance of speech or of wisdom declaring the sacred secret of God to you. For I decided not to know anything among you except Jesus Christ, and him impaled.  And I came to you in weakness and in fear and with much trembling; and my speech and what I preached were not with persuasive words of wisdom but with a demonstration of spirit and power,  that your faith might be, not in men’s wisdom, but in God’s power. (1 Corinthians 2:2-5)

The upshot is that you treat a highly educated person pretty much like anyone else, with only minor adjustments. They just as much as anyone else, have no clue as to why there is suffering, why people die, what happens when they do, why governments suck & so forth. The explanation for them too will lie in discerning what "Jesus Christ, and him impaled" means in practical terms. People do not understand this. Even religious people, as they say to you "Christ died for our sins" are almost always unable to explain just how and why that works.

Show the high-brow people something about Adam & Eve from Genesis, for example, and there is no reason that you can not present it as a metaphor, its underlying message to be deciphered. Let me tell you, there are many people who will be intrigued, rise to the challenge, and even be flattered that you count them smart enough to figure it out. Whereas if you said from the get-go that it was all literal to people conditioned to reject the idea, you know what the reaction would be: “We are wise and learned adults, far too clever to be sold Adam and Eve. What’s next? Mickey Mouse and Donald Duck?”

Focus on the meaning of the account itself (Genesis 3:1-5) without regard to whether it is literal or not. Sometimes when people see how much sense something makes, they reappraise their initial assumptions.

For a concise explanation of the subject itself, without regard for whether it is metaphor or not - in fact, taking for granted that it is not - I don't think you can do much better than the short clip presented on the JW website: 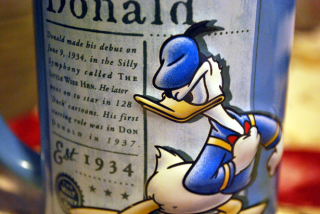 Posted at 10:48 AM in Genesis, Jehovah's Witnesses Ministry, Letters of Paul | Permalink | Comments (0)